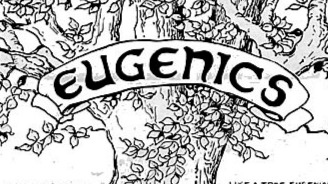 Eugenics - Maybe You Will Put Two and Two Together?

I would like to take a moment to offer some of my observations and perceptions regarding Eugenics.

This all came about after my purchase of a book entitled: 'The Unfit: A History of a Bad Idea' by Elof Axel Carlson, and published by Cold Spring Harbor Laboratory Press, in 2001 (an absolute mouth full I know). I admit I only have at this time skimmed through the volume, but it is going to be extremely interesting to really read it when I get to it. But for l now, I offer my views regarding Eugenics and what I see it as, before reading the book - and of course learning more.

So what is Eugenics? Or more precisely, what is defined AS Eugenics? 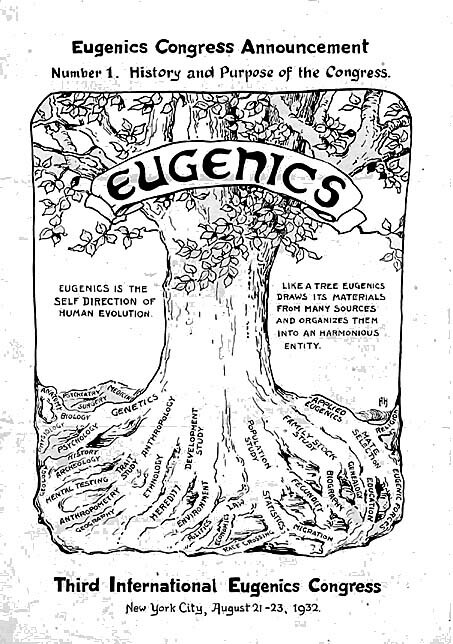 Basically, Eugenics is the science of social engineering by taking control of the genetic pool by taking out or removing those who are unfit, or deemed not to be able to survive - thus keeping the healthy ones - which by controlled evolution will produce a much better race and a more healthier people.

In other words, and more to the point, it is a form of what could be best described as Genetic Socialism, since it does aim to put certain people into one social stratum by enforced constraints placed on the genetic pool.

Boris Johnson the United Kingdom Prime Minister is a big supporter of Eugenics, and is one of the more recently debated persons within truth circles as to the current situation with, and, related to that pesky virus that is being used as all kinds of political and SOCIAL ENGINEERING TOOLS - The vaccine it is argued could be part of a Eugenics plan... I digress... there are more in the higher chains of command within global governments that are 100% behind the dystopia Eugenic future, a world with a clean gene pool of only the highest caliber candidates - much like that other guy with the funny mustache from 1930's Nazi Germany, and his plan for a pure race - didn't end well in 1946 for him did it now?

The history of it is a bit complex, and as such, I am NOT going to go into it at large, as I am sure my volume will assist in that. But I do want to discuss it from the framework of what I conceive it to be according to my interpretation.

I personally feel that Eugenics is indeed a scientific way to discriminate in a sense. That makes it acceptable because it is on scientific grounds rather than just theoretical talk. One could say that Eugenics is an ideology of, and in the sense that it was quite the idea - to which science was made to be applied to it. But in reality, it was a science developed for discriminatory purposes, even if the intent wasn't precisely bad or flawed to the proponents at the time.

Rightly speaking, social engineering of and in itself will ALWAYS be wrong no matter what one says. Changing matters socially by the force of law is never a good thing, since true social change does NOT come under the force of law but by the more gentler way of changing perceptions by imbuing acceptance and tolerance in the young. Eugenics took the route of ensuring such matters be rendered moot and void because of enforced social change by scientific means.

Most of what has been said of Eugenics primarily concerns eliminating the unfit from the social structure and those who are deemed to stand as mentally unfit not allowed to have procreation so as to ensure the good people become strong and to ensure the prolongation of the human race along these lines. Such theory of course is extremely flawed as mass murderers and the like are not genetically able to pass such madness down to others, and the fact that someone who might have cerebral palsy as an example are still functional as human beings and preventing those who are aware enough to have such procreative abilities or knowledge to engage in such acts so that cerebral palsy isn't passed down into the pure gene pool is outrageous. That is the line that Eugenicists have used over the years. 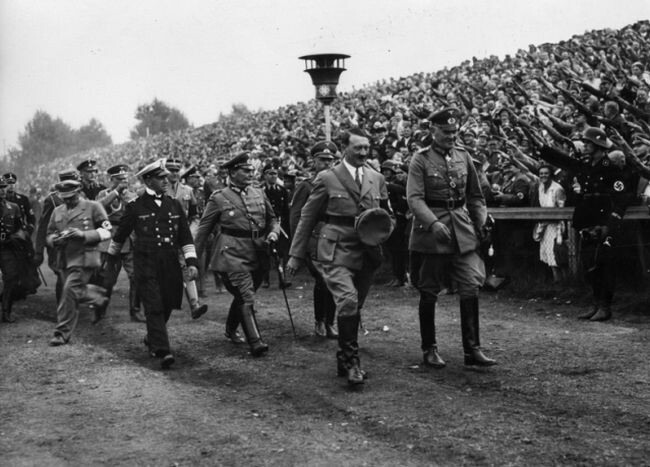 Now what about the bad side of Eugenics? Can one rightly say there is a Positive and Negative side to it? Well, like in all ideologies, some can say that, but the notion that Eugenics rested on is just too flawed from the start for there to be any good or bad side to it. Some might say it was taken too far by the Nationalsozialistische Deutsche Arbeiterpartei or NSDAP, which was a far-right political party in Germany active between 1920 and 1945, which also practiced Eugenics as Social Hygiene to a high degree. Ethnic Cleansing was part of this, as seen recently in the former Yugoslavia - arguable throughout the Islamic world, Religious Eugenics could be seen as a fine example of a singular religious gene pool selection.

Is much of this to blame on Darwin and the Evolutionary Theories? Not exactly. Some might feel that way, but really, Eugenics is more like taking Evolutionary Theory a bit too far. In fact, a LOT of Eugenics theory DID mirror evolution, but one must keep in mind that Eugenics was Evolutionary Theory in terms of social clarity, although NSDAP saw it as social and racial purity.

It is interesting to note that some of the greatest scientists were also Eugenicists. Alexander Graham Bell, who gave us the telephone was one. Samuel F.B. Morse, who gave us the Morse Code was said to be one, and was also a Conspiracy Theorist in his own right, as he felt there was a Jesuit conspiracy or plot to take over the United States. To which I am sure where much of such theories along those lines originated from.

So what made Eugenics so popular and why was it embraced for quite some time by various people? To some, Eugenics was the solution to social strife in certain areas. It was based on a very flawed belief that, as I said, certain people who suffered from madness, had criminal intentions, committed crimes and so on and so forth, were deemed to be so unfit to remain in society that they were as I said, not allowed to procreate. In fact, sterilization laws were actually drawn up and attempted to be strictly enforced.

These laws were designed so that people who were arbitrarily deemed unfit to be a part of the genetic pool, were sterilized so that they could not procreate and thus keep their madness from infecting others by genetic transmission. This meant that certain criminals, like the criminally insane, were forced to be sterilized so as to prevent contamination of others in an attempt to weed out such aberrations if you will. The practice was really horrendous to those who were just simply brain damaged or was in a mental state because of something else that had happened. In other words, if you were deemed to be criminally insane, sterilization would prevent your criminal insanity from being transmitted to others.

So what about it overall? Was it a dire form of Socialism and be considered Scientific Socialism in the strictest of definitions? Yes, very much so. Eugenics was one of those things that was clearly used for purposes not germane to true reasoning. It was a kind of sadistic perversion and discriminatory action that really stated that if you are fit and well, you will be an asset to the survival of the human race. If you were defective in any way, sterilization is the only answer as you cannot be a part of the human genetic pool any longer.

It is even along these lines that discriminatory actions against Lesbian, Gay, Bisexual, Transsexuals and Queer or Questioning (LGBTQ) can be said to be a form of Eugenics or even close to it. Since, while LGBTQ's aren't truly specifically mentioned, it is extremely clear that they would be deemed as unfit and as such, had to be dealt with accordingly. While it may be that sterilization would be out of the question in certain cases, Eugenic thought does intend for them to be discriminated against inasmuch in the fact since they cannot procreate, they cannot be allowed to be a part of the human race. It certainly may be a misapplication, but if one considers WHAT Eugenics was truly about, then it is not too far off to consider such things as a possible branch of it. Even Planned Parenthood has long been said to be an outgrowth of Eugenics. 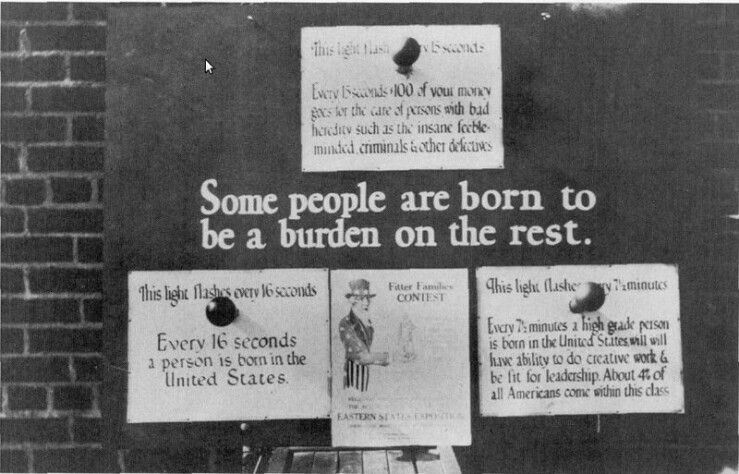 Does Eugenics survive to this very day? Not generally, the science was so flawed that it has pretty much been abandoned as even being remotely credible. But the nuances of it still ring true, and I am sure there are plenty of people who still strongly adhere to the concept, and do feel that it is a good idea to take control of our evolution and in order to make a much better society, it needs to be nurtured and controlled to the point where all unfit people are cast aside and only the true strong people will ensure the continuation of the human race long on into the future.

The future of it is interesting of course. Much of what constitutes Eugenics has been written about plenty in Science Fiction as in creating or making superhuman's, or a race of enhanced humans, so as to allow for no unfit subjects, ones that are socially acceptable and in some cases, will be able to engage in military actions without question. In this case, Eugenics became the basis for genetic manipulation to create and enforce the perfect social stratum, and hence may be said to have created enforced future socialist societies with perfect subjugation of will and thought.

To conclude, the science of Eugenics is interesting to be sure, and is for the most part quite the dead science, as it has been shown to be heavily flawed and without merit. Much of what constituted such ideologies that came from Eugenics such as the NSDAP ideology, has been said to have taken the basic concept of Eugenics to a level where it shouldn't have gone. But hopefully Eugenics doesn't get revived, but for some reason or another, it may have been secretly worked on or even experimented with in as yet unknown military laboratories for many years now - I suppose time will only tell if this could be true... 2021 is certainly turning into the pages from the novel '1984'.