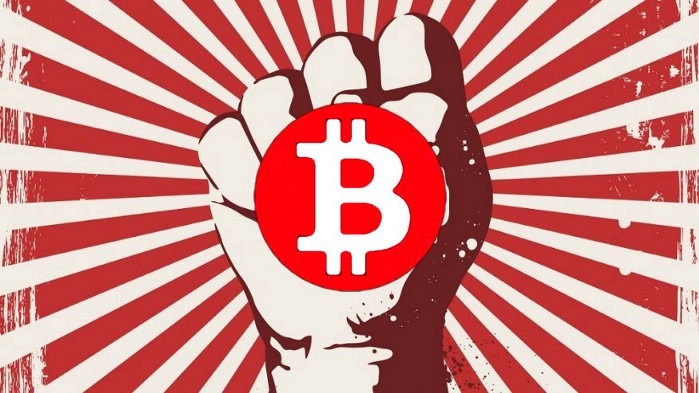 What in the heck did I just read? That might be the first thought in the minds of some who would dare to read part 3 and 4 of Marx's most infamous writing. I'll admit that I did have to read over these parts twice in order to fully comprehend the ideas portrayed. Though they are heavy readings and ideas for the average reader (what, like one book per year?), I will be glad to explain generally and provide my favorite quotes that can be related to crypto.

A criticism of Communism and Communist literature to varying degrees is the basis of part 3 in The Communist Manifesto. Not quite what you would expect, a criticism of its own movement, in a book that sparked Communist revolutions world-wide. It proved a bit more difficult to find parallels between cryptocurrency and Communism here since in this section, Marx goes in depth into then-modern sub-movements of Communism, which are based usually on nationalistic sentiment or the philosophical "ideals" of socioeconomic class (e.g. Bourgeois Communism).

In the first section of part 3, Marx begins by describing the historical intersection when the interests of the aristocracies (kings, landlords, etc) came into contrast with the wealth and power of the businesses and bourgeoisie that were gaining rapid political traction. He described how the aristocracies then attempted to sway the people, the proletariat, into favor with them so that this way aristocracies had the power of the people in their favor against the soon-to-be ruling business class. However, the people also saw this as a trap, as a betrayal, and turned away the sympathy of the aristocracies. In the sense of crypto, it is easy to see how this would play out in terms of banks attempting to cozy up to mass audiences, warning against the "high volatility, practically useless" cryptocurrencies. It is interesting to note, that Marx pointed out how those aristocracies also attempted cozying up to the bourgeoisie themselves, however in a very two-faced way where in one way they lamented over the past, and in another almost seemed to threaten them with an impending peril. It is the same techniques that the banks have attempted to undermine the rising power of defi and cryptocurrencies. On one hand, you see them flocking their investments into crypto, but at the same time, they want to quell the growing power and keep as much of it out of the hands of the people (by blocking bank transfers, taking a lot of the coins from circulation and reducing availability, etc). The key difference, however, is that in the Marxist case, it is people having to surrender to either a bourgeoisie or a feudal aristocracy. Meanwhile in the crypto case, the people either allow the banks and traditional finances to retain power and full advantage over their money, or the people can keep it within their own reach, under their power to maintain their own crypto as a store of value or purchasing power that they as individuals will protect, grow, and maintain. For the rest of section 1, Marx denounces the newfound sympathy of the aristocrats for the working class as false, and as basically fighting tooth and nail for the right to oppress, ignoring that the new bourgeoisie rulers were the very products of the aristocracy.

I was able to find some good quotes also in section 2 of Part 3, where he discusses "Bourgeois Socialism". In some ways, I feel like the quotes I have analyzed here take indirect jabs at the concepts that led to the creation of blockchain, which is interesting because up until now, I have seen almost entirely a consistency in similarities. Again, "Part 3" was written by Marx as a criticism of sub-groups with 20th century Communism, so it should be no surprise that any parallels here may be in the scope of a criticism (it's interesting to note that he refers to these brands of communism as socialism, which arguably holds a different definition than Communism today).

"In showing that, under [feudalism], the modern proletariat never existed, [aristocracies] forget that the modern bourgeoisie is the necessary offspring of their own form of society."
As mentioned before, those who speak out against crypto are the very same that have led to the rising of crypto. Sure, it can be said that banks laid out the frame work and infrastructure that we know as modern finance, which is not necessarily a bad thing. However, upon attempting to rule and coerce everyone onto this infrastructure, which ultimately proved as self-serving to the elite, is when the users of this system have decided to emulate it and make it more efficient. In the Marxist case, the bourgeoisie hijacked the social commodity to funnel it into the hands of their own chosen few, but in crypto, the projects that are true to the spirit of freedom have made the protocols to benefit those who wisely utilize them.

"A second, and more practical, but less systematic, form of this Socialism sought to depreciate every revolutionary movement in the eyes of the working class by showing that no mere political reform, but only a change in the material conditions of existence, in economical relations, could be of any advantage to them. By changes in the material conditions of existence, this form of Socialism, however, by no means understands abolition of the bourgeois relations of production, an abolition that can be affected only by a revolution, but administrative reforms, based on the continued existence of these relations; reforms, therefore, that in no respect affect the relations between capital and labour, but, at the best, lessen the cost, and simplify the administrative work, of bourgeois government."
In this quote, Marx calls out what he refers to as "Bourgeoisie Socialism", which I think can be called Communism Lite, where the members of society don't necessarily hold the bourgeoisie elite in contempt, but rather blame the current state of human nature (material conditions of existence), instead of the elite that are perpetuating that existence. As one friend stated, the vast majority of societies existed and thrived without a bourgeoisie or ruling class business society, therefore, "human nature" or "how the world works" is not to blame for these failing social conditions. In the scope of this idea, I view Marxist communism as Anarchistic, in its definition as a movement, where authority and status quo should be challenged. Under an Anarchistic perspective, I do see how it is related to crypto. Furthermore, in this statement, Marx says that a war of ideologies is not sufficient, but that people should actively take up arms, tar-and-feather, overthrow the bourgeioisie elite. In modern day society, it is arguable wether that would be effective or possible under such powerful and armed governments, however it is as if cryptocurrency are these arms that we should be taking up against the modern day elite.

"The Communists everywhere support every revolutionary movements against the existing social and political order of things... they bring to the front, as the leading question in each, the property question..."
This quote is from part 4, which is the briefest part of the book, but which contains some of the most popular and inspirational quotes. I think that this quote really stands out in the way it parallels cryptocurrency, in the sense that crypto is considered a social and political revolutionary technology, such as that which Marx in this quote is proclaiming the socialists support. Furthermore, since the original projects and wallets in crypto emphasized complete ownership of your coins (non-custodial and before government regulations), then the "leading question" that Marx refers to is directly addressed by holding the private keys to your crypto: you are in control of what you own.

Final Thoughts on "The Communist Manifesto"

I do believe that reading this has influenced my opinion on the struggle of being born into the working class, and I definitely now see Communism as what Marx intended it to be, rather than what society tells me "Communism" is. Furthermore, being an avid crypto enthusiast, I strongly believe that there are many more ways in which crypto currency fulfills the social deficiencies that Marx has spoken against. I do believe that if the working class as a whole were more knowledgeable about crypto technologies, that mass adoption would be only a small matter of times, and we would see history unfold before our eyes. Ultimately I would have to say that I support the spirit of wishing to evoke fundamental changes, and of being revolutionary in spirit-- the same reasons I chose blockchain-- however I do not endorse questionable radicalism and would imagine that there is a way to implement some of these 20th century solutions into a 21st century social infrastructure. I believe that Marx would consider my point of view as "Bourgeoisie Socialism" , which he does not necessarily speak favorably about (section 2, part 3). Oddly enough, I see Marx writing and rallying using that same spirit of populism and social change that has led to emergence of figures the likes of Donald Trump and Bernie Sanders. I feel that anyone who feels strongly about politics should take a few days to read over The Communist Manifesto. For anyone else who is just casually interested in these niche ideas, I could also give a words of advice: keep calm, use Publish0x, and hodl!

Firm belief in the Anarchist movement. 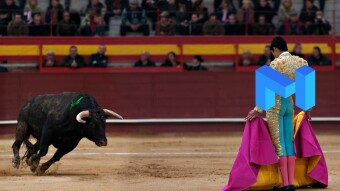 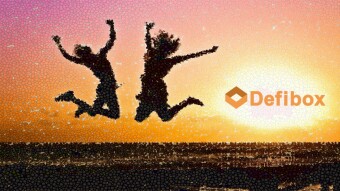 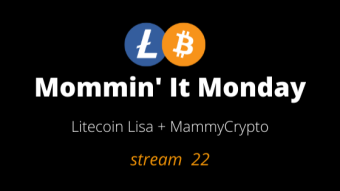