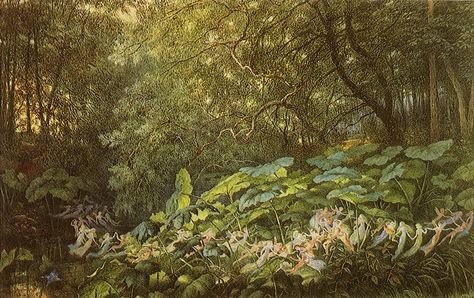 I always found an ever abundance of nettles during the summer months when I was a wee child. The ones that really stuck with me, (pun intended,) was the stinging nettle Urtica diotica that I would eventually run into while playing hide and seek, or tag with neighborhood friends. According to botanists non stinging Nettle is known as Urtica. 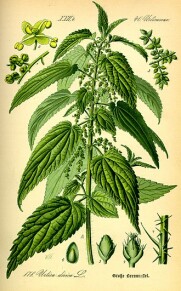 Do the fae hide under the nettles? In Danish folklore, they once believed the fae/fairies would hide and play among the nettles pictured in Feature image by Richard Doyle.

Nettles typify the Scandinavian Thunder god Thor. In the past Nettles were tossed into a fire during a thunderous storm to revere Thor and for protection of the home. Nettles were used by the trickster god Loki, to craft a fishing net using nettles. 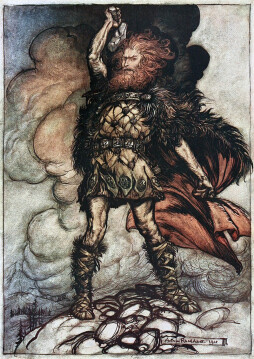 The Lacunga is a compilation of herbal magical texts from the 10th century. The Anglo-Saxon 'Nine Herb Charm' which includes Wergula/Nettles, was concocted by wizards to help heal infections and poisons that were inflicted upon the villagers by nefarious dark elves. Read more about this Nine Herb Charm

Hans Christian Andersen's Danish fairy tale of the Wild Swans depicts a brave Princess named Eliza who must rescue her brothers from their nasty step mother who cast a spell on the Princes transforming them into swans. Eliza is given instructions from a benevolent fairy to gather up nettle leaves to spin and weave nettle coats for each of her 11 brothers in order to break their evil step mother's spell.

Nettles make a healthy tea and is used in soups, stews, quiche and included in many international recipes.