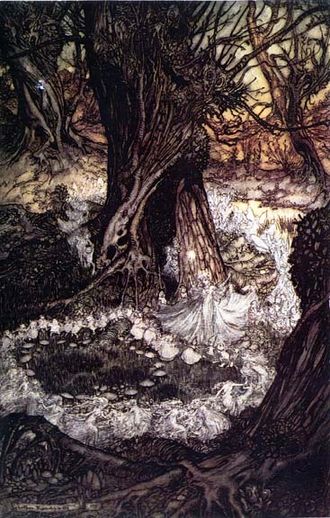 Have you ever seen a Fairy lounging on a Fly agaric toadstool? The Amanita muscaria is a type of toadstool that the fae love to sit upon.

Fairy rings are also called elf, pixie or witches rings they can grow to be enormous!

Most fairy rings are outlined with mushrooms. Folklore tells of tiny fairy feet that create these rings in order to gather outdoors and frolic amongst the circle.This type of faery is called an Elemental that cares for the eco-system it dwells in. 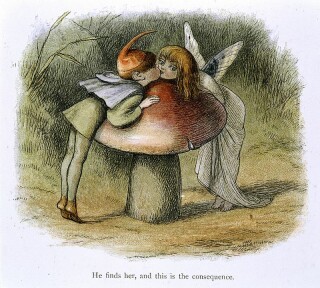 If a person enters a pixie ring the fae will punish them making them dance till they die! According to German lore folks believed a witches ring was evidence, a coven danced during Walpurgis night. Some tales speak of fairy portals, a person that wanders into the middle of the ring will vanish to the fairy unseelie world never to be found again. Elementals or Nature Spirits tend to bury their treasure in them. In the fairy world what seems like an hour will be many decades in earth time. The dew that forms on the fairy ring is said to have healing powers, maybe that is why Shamans love to ground.

If you see a fairy ring

in a field of grass,

Tiptoe as you pass;

And they're sleeping somewhere near.

If you see a tiny fay

Shut your eyes and run away,

Do not stay or peep;

And be sure you never tell,

Or you'll break a fairy spell. 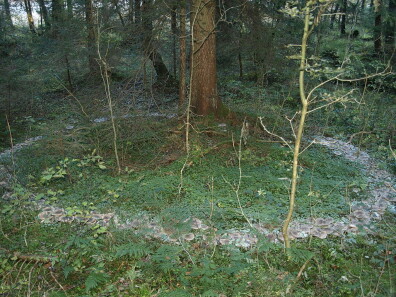