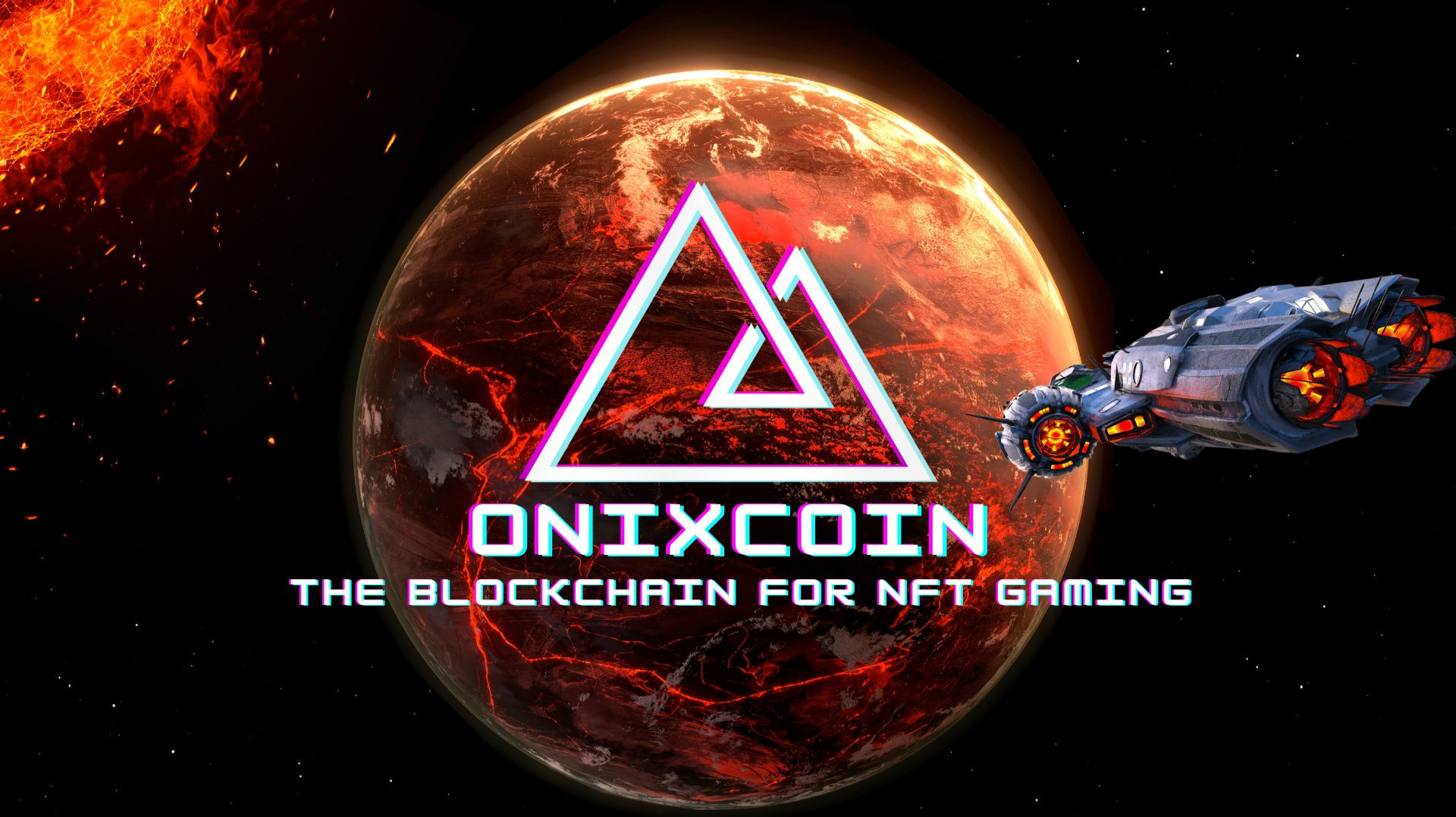 Onixcoin Q1 Roundup & What to expect in Q2 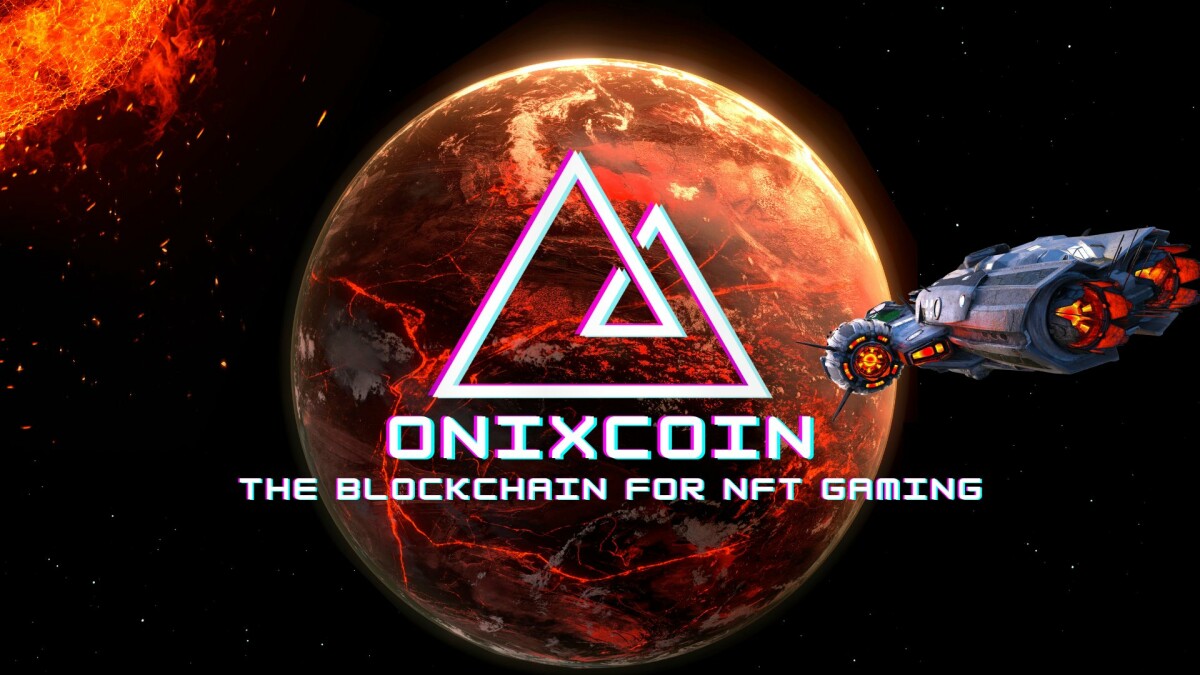 The Onixcoin Blockchain for NFT Gaming which launched their platform on the 31st October 2021 is continuing to make steady progress on their milestones. As we’re at the end of the first quarter or 2022, we’ll take a look at the progress thus far. The targets listed on the roadmap outlined that the Onixcoin Team planned to release the web wallet, enhanced blockchain explorer, NFT Marketplace Beta, staking platform enhancement, press release, video tutorial series and the whitepaper 2.0 in Q1 of this year.

The first target that was met January 26th in the first quarter which the first major press release was conducted. Many of the big news platforms such as Yahoo Finance, Yahoo News, MarketWatch and many more, release news regarding the Onixcoin blockchain project. This brought a positive reaction from the crypto community and drew additional interest to the project.

Updates to the onixcoin staking platform was the second milestone accomplished in this quarter. This enhanced staking pool was named The Onix Shrine, which uses a proportional rewards approach. Rewards obtained by hitting blocks from either the pool funds or any delegation are given to the pool. Thus, a script distributes the rewards to the delegators based on the weight of each address. This enhancement was also made on January 26th simultaneously with the press release.

The next milestone to be accomplished was the completion and release of the onixcoin web wallet on the 21st February. The wallet works great for those who want private ownership of their coins while not having the ability to access our full desktop wallet. Users can backup, send, receive, and delegate their Onix Coins from any device that’s connected to the internet and can run a web browser. This release coincided with the beginning of the video tutorial series aimed to assist the community with challenges while using the platform. These videos can currently be found on the youtube platform.

The enhanced block explorer was the most recent milestone met by the onixcoin team. Detailed information that is being executed in the blockchain such as transactions, wallet addresses, token creation, number of holders, etc. can be tracked with the advanced block explorer. The release of the new explorer was done on March 21st.

Progress is being made on the onixcoin NFT Marketplace beta where the team decided to push the release to Q2 to generate interest for the first game on the chain, Army of Crypto. The release of the new NFT marketplace is expected to be released early 2022 and the Army of Crypto NFT TCG expected beta release at the end of Q2. These are the two most highly anticipated releases from the onix community and should generate a huge influx of new users and interested investors. Also coming in Q2 are moves to be listed on more DEXs and CEXs while completing the onix api trading bot which is 50% completed. Work has already started on listing ONIX on new exchanges and announcements would be made on the official onixcoin social platforms. 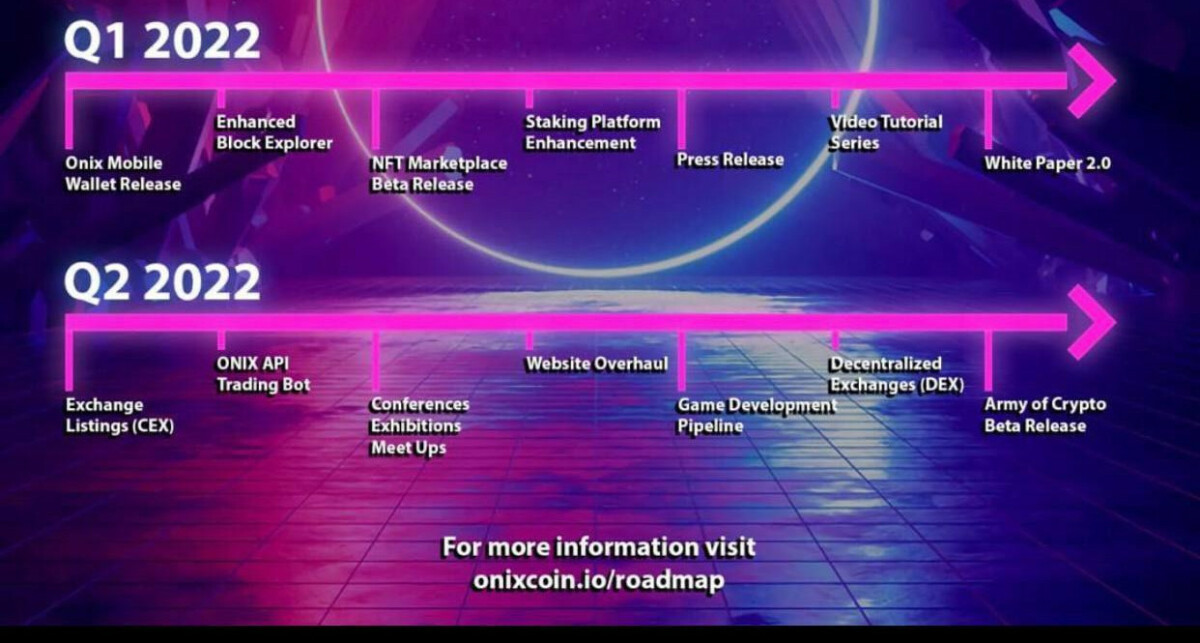 Q2 is looking to be the most exciting phase of the project so far, with lots of major use cases being released alongside an increased focus on the marketing. The Onix Team plans to increase their attendance at several meetups, conferences and exhibitions as Q1 saw the start of things to come.