What does it take for a cryptocurrency to be successfull nowadays?

What does it take for a cryptocurrency to be successfull nowadays?

Before you start reading, a quick reminder: I am NOT an financial advisor. These are just my opinions which I would like to share with you.

Having that said, we can get started.

We have to understand that there is no space for every cryptocurrency to be successful in the future. 99% of the "shitcoins" will probably dissapear in the next few years. But for the rest of the 1%, why are they succesfull or will become successfull one day? Here are my thoughts on what the most important factors are:

You might wonder what the hell USP stands for? Sounds like some delivery company or something like that. Well no, obviously it has nothing to do with deliveries. USP stands for "Unique Selling Proposition". Basically, USP means which properties does a product have in order to stand out in the public. In the cryptospace we can refer USP to the use case of the currency. A lot of currencies just clone bitcoin and add no special features to it. That's the reason they don't have an USP. You might ask what coins have USP. Well, from my point of view these coins are already in the top 20-30 on coinmarketcap.

You might say know: But, but my "xyz" coin does the same  like etherium/xrp/iota etc but they can scale better,are more secure etc... This brings me to my next point:

Reputation/Image in the space over technology

Although your statement might be true, you have to understand that currencies which already build their reputation can just implement the technology of your coin. What's the likelihood that some company replaces google? The possibility is here but the likelihood is almost 0%. Same goes in the crypto space.

Best example would be cardano, NEO and etherium. Although cardano and NEO might have the better technology compared to etherium (which might be true or not) what's the likelihood that they can replace etherium? Not only did etherium build their reputation, they already have a working product and build a HUGE community. It will take a lot of time and trust to replace big players in the space. You might wonder what trust has to do with adoption? Glad that you asked, this leads me to my next point:

In order to bring mass adoption in space, we need partnerships. And it's not a secret that big companies (usually) make partnerships with big cryptocurrencies. Companies need to trust the cryptocurrency they are partnering with. And those coins have already a HUGE community and a technology which already works. Low cap coins have a hard time building a big community and gain trust in the space. With no big community there lacks donations and support which affect the reputation of the currency. Furthermore, new cryptoinvestors usually invest in the top coins in order to reduce the risk of losing money, which basically means that the big cryptocurrencies gain even a larger community. Would do you rather trust a top 15 coin or some coin that is on place 1150 on coinmarketcap which promises having the best technology in the space?

Actual usecase for a cryptoCURRENCY

Wether you build your own cryptocurrency or you invest in one, you have to ask yourself if the "cryptocurrency" really needs a "currency". Best example would by hyperledger which was founded by the linux foundation. They don't have a token? Why? Because they don't need one. They are interested in the technology and a blockchain can also work without a token. That's why I think that most ICOs are just pump and dumps without any usecase where the token itself is needed in the environment.

As I mentioned in the beginning, this is just my opinion. I am not trying to attack any cryptocurrency. I am just being a realist. What do you think? Are most cryptocurrencies doomed?

Informs you about the newest and hottest news 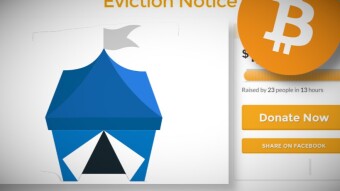 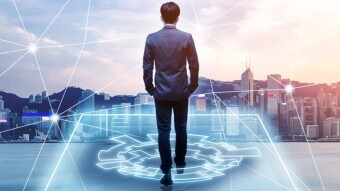 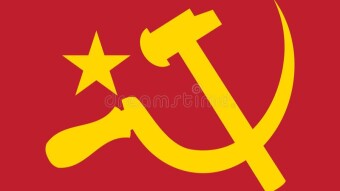