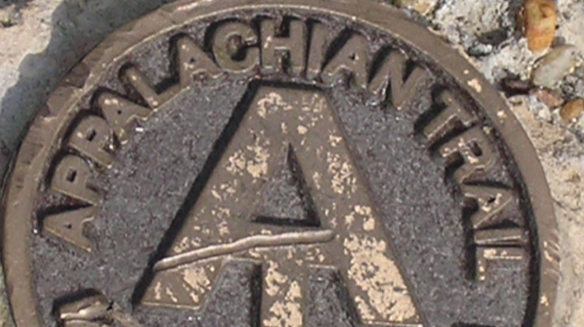 Mile Markers on the Crypto Adoption Journey and some corresponding economic conditions from that era too.

It is common knowledge that Satoshi Nakamoto developed Bitcoin (BTC) in '08 and that BTC started trading in January of '09.  Economic conditions at that standpoint in the USA were terrible. The USA was fully in the grips of a financial collapse and there was massive equity lost in Stocks and Bond markets, $700B was allocated to bailout banks, etc.  Since, that time the road to Crypto Adoption has matured but is still has further to go to gain full acceptance by mainstream users.  Lets review some of the mile markers passed since this genesis.

Ethereum (ETH) was released in July '15, it has been well adopted and vaulted to the second most valuable coin behind BTC.  It underwent a hard fork which formed Ethereum Classic (ETC) in Nov. '16. ETC is planning another hard fork in '20, originally scheduled for June of '20 but it was delayed. Continue to watch for details

Tether (USDT) the precursor coin was called 'Realcoin' which evolved into Tether and was released in Oct. '14. It is known as a stablecoin.

Above I highlighted some of the top 5 Crypto's to give you an idea of when they were released.  Now lets review of the major events in the Crypto world over the years.

MT Gox - Started in '10 and by late '13 and into early '14 it has been shown they handled 70+% of ALL Global Bitcoin transactions.  However, in Feb '14 all trading was suspended and their Website went offline.  Quickly there after the firm filed for Bankruptcy and started asset liquidation, over the coming weeks it was learned that a value larger than 850,00 BTC was missing. This crisis sent waves through the Crypto universe, impacting prices across the board.  We you impacted in the potential theft? How bad were your positions impacted with the price drops?

Halving is a major Crypto milestone - the first BTC halving took place on Nov '12. Recall this halving cut the mining reward from 50 BTC to 25 BTC. The second BTC halving occurred on July '16 which again cut the mining reward. This time from 25 BTC to 12.5 BTC The third BTC halving event took place in May '20 the next projection for halving is sometime in late '23 or early '24. And the BTC halving cut miner rewards again this time from 12.5 to 6 BTC.  That latest cut means on 900 new BTC will be generated each day which impacts supply.

Hacking exchanges - as '19 wrapped up a total of 12 exchange had been hacked in just that year alone, taking not only the cryptos but login credential information too.  A milestone in 2018 was QuadrigaCX CEO had the only access to their Cold Wallets and he took that info to his grave.. In 2017 Youbit (formerly known as Yapizon) was hacked and 17% of all the exchanges holdings were stolen).  Don't overlook Bitfinex getting hacked in Aug. 2016 to the tune of 120,000 BTC.  - Those are just some of the large exchanges attacked and hacked over three short years.

DDoS - AKA Distributed Denial of Service attacks, one of the major DDoS attacks stemmed from a hybrid DDoS attack known as Lucifer which attacked Windows hosts and turned them into Monero mining systems. The Linux family of operating systems was also included a month later so that encompassed the majority of operating systems globally. How does this translate? You better understand how your systems perform and how to validate they have not been compromised.  Recall hackers are tricky and will attempt to cover their tracks by deleting logs, backups, and other malicious manners.  Always protect what is yours!

Year 2017 was the year of the Bull Run, ICO's and of course the Crypto Crash. Which has been analyzed six ways to Sunday so no sense in rehashing (sorry could not help myself with that pun.)  Recall very few of those record projects are still around.  What lessons did you learn during the run up and crash?

Year 2018 - Theta was released to the world.  World economies were still in growth mode and Crypto's were licking their wounds from the crash a few short months ago.

Year 2020 - Year of the Rat according to the Chinese Calendar, more like the year of Global Pandemic, but I digress.   Lots of US investors had plenty of time on their hands due to lock down to research and explore Crypto's.  New US Gov. research shows a great deal utilized their Government stimulus money to get into Crypto's.  Adoption has improved in the USA, however, it still lags behind China, Venezuela and other countries.

Changes are still needed to address which in turn will further Crypto adoption.  We all know that security is paramount and that we must be responsible for protecting our keys and following best practices.  Users need to be stay current and versed on the Token/Coin they are using and leveraging.  Users should also be in the habit of sending a small test transaction ahead of transferring large sums. I.E. Risk a tiny bit to ensure you are sending to the proper address and not lose everything in one mistake.

Thanks for understanding that I can't explain each coin/token or hack over this timeframe.  Global adoption of Crypto currencies has grown well during economic good times and certainly garners more attention during bad economic times.  I am not knocking the growing adoption of crypto's nor their function and short comings; just pointing out where we all are. Knowing this journey is still in the early stages its great to know how focused the Crypto developers are to ensure wider ease of use thus allowing wider adoption.