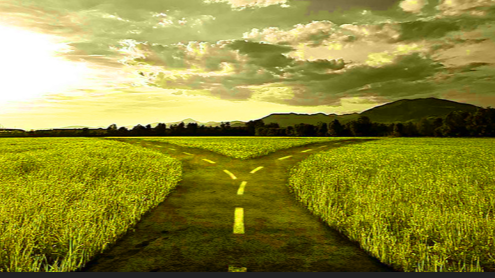 Crypto Forks (Forking) - What is this all about?

Crypto Forks (Forking) - What is this all about?

Forking is known as a split in the blockchain, more specifically changes in the underlying software design, which may impact the fundamental protocol and design constructs that have been in place since inception.  Some forks are so radical they have been known to cause rifts among developers, if left to spiral out of control where developers might get fed up and leave.

At this point there are two types of forks Hard and Soft. I will attempt to explain them below.

Hard (aka Hard fork) - Software design changes that are no longer compatible with the current version (aka backward compatibility).  Perhaps the goal of the fork is to strive towards a more consistent standard then was originally considered. This type of fork, requires a lot of planning and rework to properly set the foundation and eliminate as much risk across the board as possible.  In order, to remain compliant you must upgrade to the new code base (fork) or be excluded from future enhancements.  Testing, a lot of testing goes into Hard forks to ensure that every possible scenario can be tried. ahead of official launch. How much testing? That is difficult to say but at a minimum of 6-months of serious testing takes place to ensure the go-live is a success with as little disruption to end users and community as possible.

Soft (aka soft fork) - is less disruptive to the code base as it is backward compatible with the underlying protocol and design principals. However, testing is no less critical to soft forks as they have to test content with previous versions too. So would say this type is more difficult as they will more than likely define how far back they are willing to be compatible. Its not uncommon to support back one to two levels (don't hold me to this as each Crypto will dictate what they will support and will not support.)

Why Fork in the first place? Astute question. Typically its to bring about the needed change and deprecate the older technologies.

Stay in tune with what you are holding as one coin/token might become less functional after a fork and you might need to adjust your portfolio. That is something for you to determine! For those in the USA don't overlook how hard forks impact your IRS reporting.

Examples of Tokens/Coins derived from Forking

Dashcoin came about after a '14 fork from BTC  at the time of this writing they are the 12th most valuable coin; not bad

Bitcoin Cash - Forks tend to work very favorably for simplicity and scale. That said, not all work out Bitcoin Cash was a hard fork and I expected it to be more widely adopted at this point in 2020.  Don't misconstrue my comment, I am not talking about the price just adoption, price yeah its doing well at $223ish.  Do not overlook that Bitcoin Cash will fork this November and most of the funding will go toward Infrastructure Spending

That is just two of the Fork results. Hope this cleared up some of the terminology and helped you on your Crypto Journey!