Life’s Expression to a Final Curtain 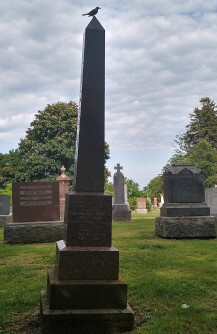 Achieving status of `Senior’ – a chronology point expressed, enables the chance need to reflect – a retro-flection upon materialized points of thought and experience. A process ignored until it slaps one in the proverbial `face’.

There comes a point in time for every living organism known as Human, to realize the end is increasingly farther from its start, infusing ever so deeply, the need to deal with all that has been amassed as materialized, life experience which has little to no meaning to an other, than one’s self. Essentially rendering worthless-of-value, a life’s expression to have been. This being especially poignant with lack of heirs to bequeath articles of valueless treasures into the realm: posterity’s heirlooms.

The mantra from dust to dust-bin is appropriate when speaking of material possessions accumulated over a life-time, and should raise a point of consideration to those in the rear-ranks on this same progression toward the inevitable, extinguished existence: why bother in the first place? Contrary to our ego, it’s not as though decades of memorabilia accumulated by most would earth-shatteringly equate to that of ancient treasures buried in the sand-hidden tombs of Giza.

This leads to death’s approaching conundrum: to rid of possessions in advance of passing to the nether-realm, hoping to find a suitable relevant home for questionably precious items; or leave it to survivors to disseminate, to render impersonal judgment as to what  goes – what’s kept to be added to their amassed reflection of life’s passing?

No doubt the majority of life-enders would want for future generations to their lineage to know by way of remanent artifacts, to speak loudly of their life’s presence beyond that of a grave-stone marker, or decorative Urn on the mantle. But these too eventually become forgotten and lost to oblivion, especially in a changing world of values.

Future generations of humanity, given present course of technological progression, will exist in an ever increasingly digital world; material artifact becoming increasingly less prevalent. This is evident in the redundancy of the traditional hard-cover, family picture album now relegated to the digital cloud. Personal letters of communication too, rendered as digital text messages, and emails archived for eternity as one’s and zero’s, likely never to be retrieved for innocent inquisitiveness. Poems, works of fiction, and reality prosed in digital formats, stored on personal hard-drives, flash-drives in terabyte volumes, loss to reading-eyes save for those of the author.

It’s within the realm of reason that in the very near future, if there is to be one for humanity, the idea of formal, in-ground, grave burial will be seen as repugnant and archaic; given way to flash-cremation, and full digital record of a life-presence experience that will continue as an avatar in the virtual realm. Essentially becoming immortal.

In the meantime, knowing these achievements are still a few decades from fruition, and this life-form inevitably long demised, the manner by which to dispose of life’s collection remains a conundrum still left to be resolved.

A free-lance writer delving into an eclectic array of topic of interest; crypto-development being of the many.

Welcome: what you will find developing from this Blog in the form of individual Posts, is an eclectic array of form and format delving into an equally eclectic array of subject matter. The objective of this Blog is to convey the meanderings of a curious mind expressed through poetry, short-story, photography, and graphic-digital art. If any of this tickles your fancy: please proceed and hopefully your curiosity will be satisfactorily served. Too, a quick critical comment is always appreciated.