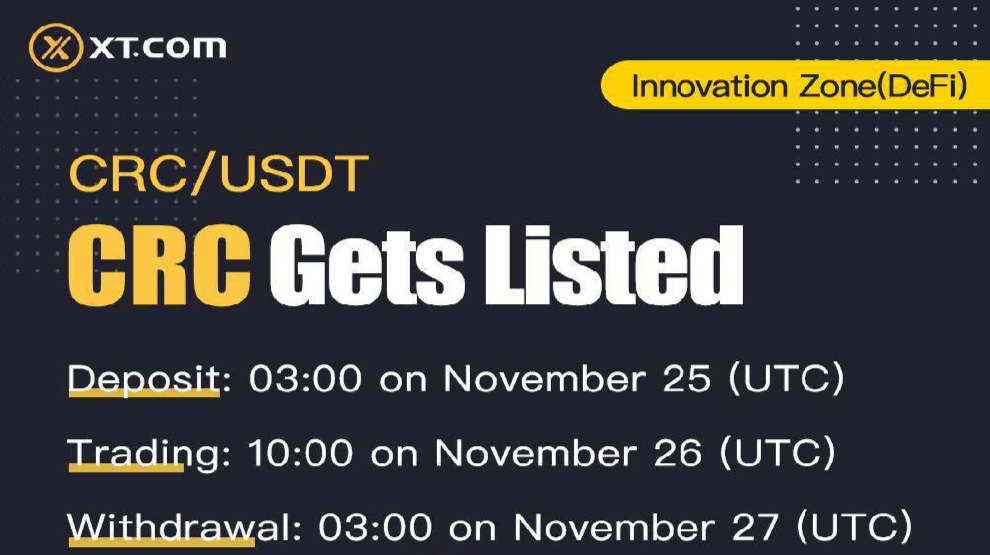 The native currency of CryptoClassic, CRC, is now available for trading in five cryptocurrency exchanges less than a month after launch.

It is a significant milestone for the ambitious project. CryptoClassic is creating a smooth platform for linking Binance Smart Chain (BSC)-based protocols with an overarching goal of building a smooth payment method with a global reach.

The CRC token is now available for trading on CoinTiger, P2PB2B, Hotbit, Azbit, and XT cryptocurrency exchanges. These exchanges are some of the world's most liquid and are ramps preferred by millions of traders across the globe.

Unlike decentralized exchanges, centralized versions are still trusted and are easy to use. Additionally, they support a wide variety of crypto assets. Therefore, a trader can easily switch between supported coins instantaneously without incurring huge trading fees.

Specifically, the listing of CRC in established exchanges like CoinTiger would be a major boost in liquidity and developing trust.

CoinTiger, according to trackers, has total trading volumes of over $13 billion, making it one of the most liquid in the sphere. The exchange is also one of the most diverse, with over 200 tokens supported. Because of its offering, the exchange boasts over two million users across the globe.

Although the CRC token is available for listing at the five cryptocurrency exchanges, the coin is also traded at PancakeSwap v2.

The BSC-based exchange is one of the largest and the most liquid smart contracts-driven portals attracting huge volumes.

For the newly launched CRC token, traders who choose not to register for an account can trade via the decentralized exchange using a non-custodial wallet like MetaMask.

On PancakeSwap v2, the CRC token is paired with the wrapped version of BNB, wBNB, the native currency central to the BSC ecosystem and key to the Binance exchange.

With a firm footing and investment channel, the CRC token is now one of the top-performing assets, according to streams from CoinMarketCap. As per the tracker, CRC is currently at $0.298 on the last trading day, at break-even versus the greenback.

However, there was a notable spike in average trading volumes on the last trading day, which rose 20 percent to $163k.

Overall, based on the reported circulating supply of 85 million CRC, the token has a market cap of over $24 million, a feat for a project that recently launched its utility token.

There are 100 million CRC tokens as total supply as per BSCScan data. The CRC tokens in circulation have been spread to 2,609 unique addresses that have executed more than 14.5k transfers.

Notably, over 82 percent of the total CRC tokens are under the control of the CryptoClassic deploying contract.

The rest has been distributed equally across the board, with the second-largest wallet holding roughly 3.2 percent of the total supply when writing in mid-November 2021.

Early Investors Posted More than 2X, CRC Peaked at Around $0.80

At spot valuation, the CRC token boasts of decent liquidity.

However, it represents a contraction from the recent highs of around $0.80 posted on November 4, 2021.

Then, this was a near 2X surge from the tracked price of around $0.30 as recorded by coin trackers on November 3. Savvy traders swinging on the uptrend boasted by a recovering crypto market easily posted an impressive ROI, attracting even more users to the fold.

Even so, the primary movers of the CRC token stem from the primary objective of the project's developers.

As mentioned earlier, the CryptoClassic project aims to bring together BSC projects and standardize communication, a value proposition that savvy investors who have done their legwork can quickly base their investments on, potentially raking in the above market ROIs.