ETH2.0: Everything You Need to Know 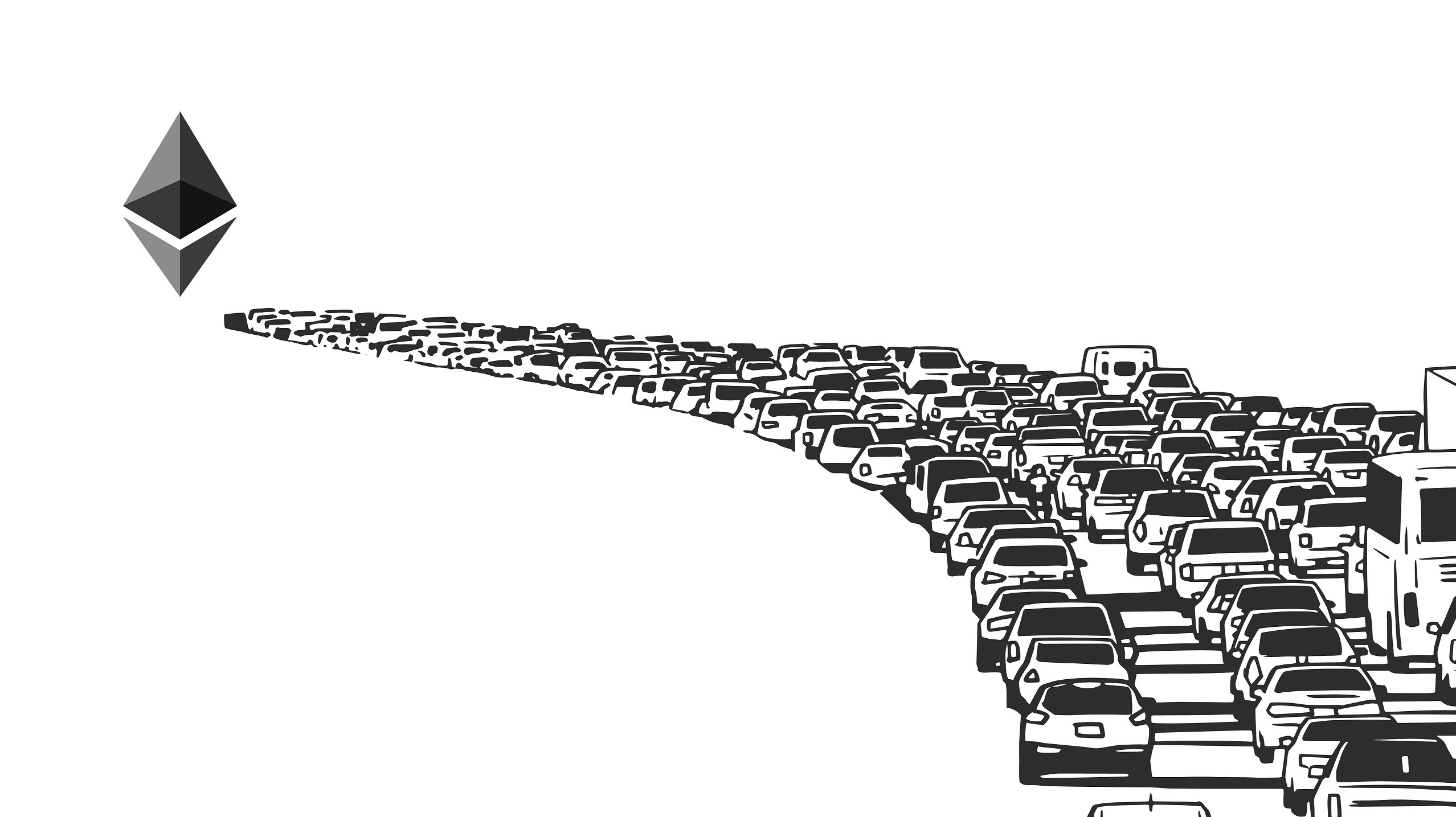 ETH2.0: Everything You Need to Know

TL;DR: What does ETH2 mean for me or MyCrypto?

This upgrade to the Ethereum network is primarily a change to its infrastructure. If you hold ether, use MyCrypto, or use one of the popular DeFi protocols, you don’t have to do anything, as ETH2 will be compatible with the Ethereum network you use today. The ETH that exists today will remain the same; this network upgrade will not result in a new token.

Ethereum’s massive network upgrade, the one that everyone is waiting for, is well on its way. There are a handful of things to consider with ETH2, including the transition from PoW to PoS and the introduction of shards and the beacon chain. The following is included in this primer:

Today’s Ethereum is busy, costly, and slow. At the peak of the network congestion in August, if you were to send a standard ether transaction with a gas limit of 21,000 and a gas price of 440 gwei, it would likely get mined within 30 minutes at a cost of $4.35. 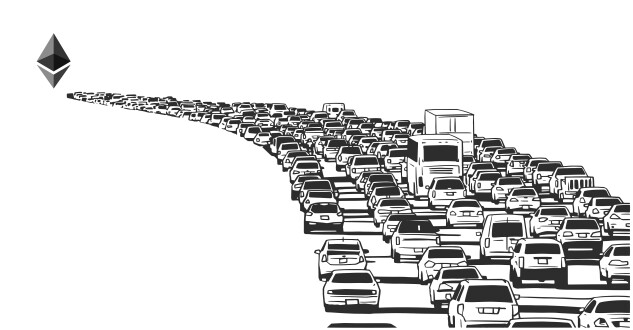 Now imagine you’d like to try out some hot, new DeFi protocol. It would be virtually impossible to make it worthwhile if you’re only interacting with smaller amounts, as the price of getting your transaction through might be higher than the price of the ether or tokens you’d like to interact with.

Right now, the Ethereum network can only handle roughly 15 transactions per second, which is far too few considering the increasing demand of the network. Besides that, the current method of mining blocks and verifying transactions is not sustainable — it has been estimated that the yearly power consumption of the Ethereum network is comparable to that of Costa Rica.

ETH2, originally also known as Serenity, is the big upgrade that aims to solve these issues, and has always been the long-term goal. This massive upgrade consists of multiple phases, which will be deployed one by one, and aims to scale the blockchain in a secure, highly decentralized fashion.

At this time, Ethereum works with a Proof-of-Work (“PoW”) consensus mechanism, which is the same system that many other blockchains use, such as Bitcoin. Miners process pending transactions and are awarded ether for doing so. These transactions are mined by generating a block, which requires an insane amount of computational power, according to a difficulty set by the Ethereum network.

Why this system is not the best it could be

In essence, everybody could become a miner on the network if they wanted to, but the chance of actually profiting by doing this is slim. Purchasing the amount of hardware needed to profitably mine on Ethereum would far surpass the incentive to do so, as there are a plethora of costs that are associated with mining, e.g. electrical costs, initial costs of hardware, fees from mining pools, and even tax obligations in some jurisdictions.

This system makes sense, as it secures the network by requiring attackers to have a bizarre amount of computational power to attempt to do any damage, and the costs of purchasing all the hardware needed would be even more insane. However, with how much value is in Ethereum, there is still incentive to attack the network.

Proof of Stake (“PoS”), however, does not require a great amount of computing power to secure the network like PoW does. Staking means that one is devoting an amount of ether to become a validator on the network. Validators run a software client that will confirm and validate transactions and, if they are chosen, create new blocks on the blockchain. Whether or not a validator gets to verify a new block or transactions can depend on various factors, such as how long this client has been staking for and its wealth.

With PoS, anyone can partake in the network, as long as they have 32 ether. Even if they don’t have the required amount, it will still be possible to participate by using a pool, all while using consumer-grade computers.

How is it secure if computation power doesn’t matter as much?

To disincentivize attacks, staked funds can be lost if a validator tries to compromise or attack the blockchain by proposing new, invalid transactions. This process is called slashing, and a big portion of the attacker’s ether — possibly everything they’ve ever staked — will be slashed. With the minimum staking amount being 32 Ether, this would be a rather large financial risk if an attack failed.

One analogy that is used a lot to compare it to the current PoW system is that an attacker would have to burn down their entire mining facility in case of a failed attack, instead of only eating the substantially smaller electricity costs it would normally take.

In very, very simple terms, shard chains are blockchains that can operate within Ethereum. Right now, every Ethereum node needs to be ‘aware’ of the entirety of the blockchain before processing a new transaction. This requires more computational power and storage space than is really needed.

Why are Shards beneficial?

With sharding, nodes can focus on a subset of shards, and they will only need to be ‘aware’ of those shards, instead of the entire blockchain. This way, nodes don’t have to store the entire Ethereum blockchain and can use their computational power more efficiently, allowing for greater network capacity.

There will be many shards, and they can all operate differently. For example, this would allow for a shard to basically follow the same system as that of Bitcoin while operating within the Ethereum network. This is massively oversimplified though, and the possibilities are endless.

Each shard will work on its own, though every shard will have the same security as every other shard. This makes it very difficult to attack a single shard, as the other shards will need to be attacked as well. Shards work separately but they are able to communicate with each other, which is what the beacon chain enables.

In the current Ethereum network, there is only one chain and every Ethereum node communicates with this single chain. However, once sharding is live, there’ll be many different blockchains (shards), all working in parallel with each other. The beacon chain is an overarching chain that ensures every shard within the network is in sync with the same information and data — it provides consensus to all the shard chains.

As mentioned earlier, validators can validate transactions and, if they are chosen, also propose new so-called shard blocks. If a validator isn’t chosen to propose a new block, they will make sure that everything in the proposed block looks alright and nothing is out of the ordinary — validating, or attesting to, the proposal of the shard block.

How is consensus formed?

128 validators at minimum are needed to attest to every shard block, which is called the committee. Every shard block is to be proposed and validated in a time-frame known as a slot. This committee proposes and validates 32 slots each time — together called an epoch — after which the committee is broken up, and a new set of validators will be chosen. This is done so that malicious validators don’t have any control over the final outcome of new proposed blocks.

When a shard block proposal has enough attestations from the committee, a crosslink is shared with the beacon chain. This crosslink is a summary of the shard’s state, which includes the new block and its transactions.

What is the role of the Beacon Chain?

It’s there to keep a record of everything that’s going on during this process, issuing a reward to the shard block proposer in the form of ether, and giving punishments (slashing) to bad actors. Once the block is ready and all seems well, it still needs finality to ensure it won’t be possible for bad actors to revert it.

A shard block is considered finalized once the beacon chain block is also finalized. Once this has happened, other shards across the Ethereum network will be able to read the data related to this shard block.

What is the ETH2 roadmap? When will it be live?

As ETH2 will be such a massive upgrade to Ethereum, it will be deployed in several phases. Though there are expected timings for all of these phases, you have to remember that there’s an immense amount of research involved across many different teams, and things may take longer than expected.

This is the very first phase of ETH2 which will implement the beacon chain. Keep in mind that, by itself, the beacon chain isn’t inherently useful, as its main job is to sync shard chains, which won’t be live just yet.

However, the beacon chain is also responsible for coordinating validators’ staked ether. Staking will already be possible by sending ether to the respective smart contract, but you won’t be able to withdraw it until Phase 1.

This phase is expected to be launched in 2020.

Phase 1 will implement shard chains, which can then interact with beacon chains already implemented in Phase 0. This will not be the full implementation of shards just yet, so accounts or smart contracts will not be supported until Phase 2. It is expected that Phase 1 will start with 64 shards at first.

This phase is expected to be launched in 2021.

Proof of work will continue to be used up until this phase, after which the Ethereum network will officially become a shard and will transition to proof of stake. This means that there will no longer be miners, and ether will be staked instead.

This phase is expected to be launched in 2021.

Phase 2 is where everything will start to become whole. Shards will be able to run smart contracts, and can generally be constructed in whichever way someone might want to by using Execution Environments.

This phase is still in the research phase, and many topics are still open for discussion. Things might change, and everyone is encouraged to participate in the discussions.

This phase is expected to be launched in 2021, or likely later.

You’ll be using Ethereum and MyCrypto the same way once ETH2 launches, but it will be faster, cheaper, and allow for many more possibilities on the blockchain. It will be possible for anyone to become a validator, and earn money by staking their ether, while supporting the network by keeping it stable and secure.

It’s a massive step towards a better Ethereum, and we wholly recommend anyone to get involved. You can already do this by participating in the test version of ETH2, in which you can stake testnet ether as a validator. Find more information about this on the Medalla launchpad.