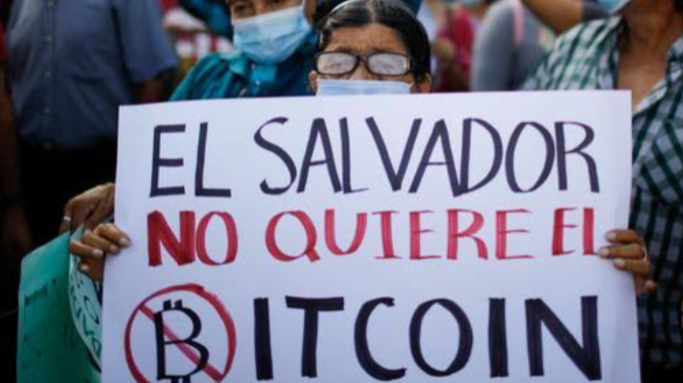 El Salvador, or San Salvador, is a very beautiful place and full of wonderful people. And many of them are protesting EL Bitcoin...

The country is for sure a 3rd world nation, and the people are in real poverty, and with president Bukele BUYING the DIP in Bitcoin, more protestors are heading to the streets.

Many claim that the technology is too difficult to understand, and with just $30 worth of Bitcoin given to every resident of the country, many are saying that it isnt enough to end the poverty.

Still, Bukele insists that this is the best move for the country, and that the protestors will eventually have a better understanding of the currency that they protest, if only they would do a small amount of research on the potential and future of the coin.

Many are still up in arms and wont accept it.

In my personal opinion, I see that the people of El Salvador are being just like the crypto haters in every country. They may not understand that it will eventually help them get out of debt, and even build wealth for themselves, and their children.

It too gives them the ability to get out from under the thumb of the bankers by putting the power in their own hands.

I agree that adoption is needed for all. Giving them an OPTION to have Bitcoin is a very important issue, but not forcing them. I dont think the gov. of El Salvador is FORCING anyone into Bitcoin, because it is a free $30 for everyone, so I would take advantage of that.

Thanks for reading and I will see you all later...