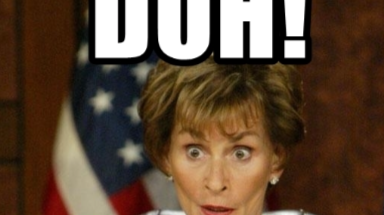 We live in a time where accessing info takes but seconds using various platforms.

It is no secret that, even though we know things, sometimes folks like to remind us.

It's not really a BAD thing to be reminded of things we already know, but it does get a bit annoying...

So, I have compiled a list of things we already know, but people like to tell us about them anyway...

#1. Bitcoin has a scaling issue.

#3. Ethereum is moving from POW (proof of work) to POS (proof of stake)

#4. Banks are not our friends that's why Bitcoin/altcoins exist.

#5. Big tech sensors, cancels, hides search results, collects data to spy on you, and tells you it's for your protection.

#7. Big pharma isn't in business when you are healthy.

#11. Freedom of speech applies to #10. Because the united states doesn't dictate the world's laws, and what? This isn't common knowledge?

#13. Protect your passwords and private keys.

#15. Just because Bitcoin was first, it doesn't mean Bitcoin Cash is #2.

#16. Ethereum is a bad investment. (Also should be common knowledge, but folks tend to forget and invest in it anyway...)

#19. Trump was not a politician before elected president. He just donated to the most powerful ones, and then became one...

So...there is a list of 20 things we already know.

We already know why...