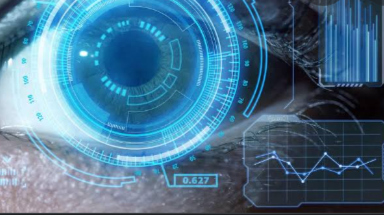 Bitcoin Needs To Know The Difference Between A Price RISE, And NOSEDIVE To Help The Little Guy!

If Bitcoin were sentient, and understood what price meant to the masses adopting it, then where would the price be?

I have always said that folks need to ignore the USD price and focus on that 1 Bitcoin = 1 Bitcoin.

But, we don't live in that world yet, because for some reason, people like to see that all mighty $ attached to it, and can't seem to separate the two.

So, for now, this post is for those who don't seem to understand that Bitcoin is actually SUPERIOR to any fiat currency.

Where would the price be? If Bitcoin were sentient, and understood feelings, and understood loss and gain, and saw what people were doing as it plummeted to $28,000+ USD, would it correct it's price.

My feeling is that the best thing for Bitcoin, and all other coins for that matter, is to fall in price, shake off those who see it tank, sell everything, and run scared.

That way, those of us who stack, and wait for the fiat to fail, can be sure that there are merchants willing to take the coins, because that system will still be intact.

The only issues I see shortly after a currency collapse, are how much of a Bitcoin for whatever is for sale.

Since only 21,000,000 will ever exist, and roughly 3/4 of them are in circulation, and even a few million of those are lost forever, for whatever reason, then Michael Sayler will be right saying that owning just 1% of 1 Bitcoin will be a huge deal.

Then we will see the masses adopting it like crazy, and those of us who have large amounts of the coin will be a lot better off than those who got in after the reset.

If Bitcoin knew all of this, where would the price be?

I think that it would go lower, so the little guy could get his hands on some.

If Bitcoin were sentient and understood feelings, then it would try and calm those who are unsure, or don't understand it well enough.

It would do what it could to include as many as it could before the reset.

But, since it isn't, we must understand that it is a better way.

It is a better payment system, and one that should remain intact, even after the reset.

Let me know in the comments below your thoughts..