He killed Goliath with just a stone and a sling

He soothed King Saul with the harp that he played

But disappointed God by the mistakes that he made

Yet God still loved him for his heart and his soul

And loves us sinners, his son paid our toll

He died on the cross to set us free

Forgive us our sins we humbly pray

And our God replies, your forgiven today.

Samson was strong, his hair was his strength

To keep this secret he went to great length

He killed many men with the jawbone of an ass

But revealed God's secret to a Philistine lass

She told the soldiers who came and cut his hair

And Samson was made weak his strength he did impair

So we should trust in God and in his son alone

Ignoring temptations in this world and its lowest moral tone

Jesus brought our salvation by shedding his precious blood

Noah trusted God and knew he must obey

The ark it was a haven to those who would believe

But like the days of Noah when many mocked and scorned

So many sons of Adam rejected our King adorned

So if your wise like Noah and his family

You'll turn your eyes to Jesus, repent and bend your knee

Daniel in the lions den, his only sin to pray

The King he punished Daniel but little did he know

That God is over all and the lions mouth shut so

So as we live our lives passing day by day

Perhaps we should like Daniel, take some time to pray.

Jesus God's own son, the hero of us all

He died on Calvary's cross for us he took our fall

For from our father Adam sin entered this dark place

The only way to conquer it is by Gods marvellous grace

Jesus shed his blood and broke his body too

Death is defeated 'Hallejuah' , God is on the throne

So come rejoice and worship him, he wants you for his own.

Not really a big reader but interested in crypto 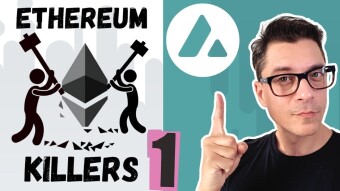