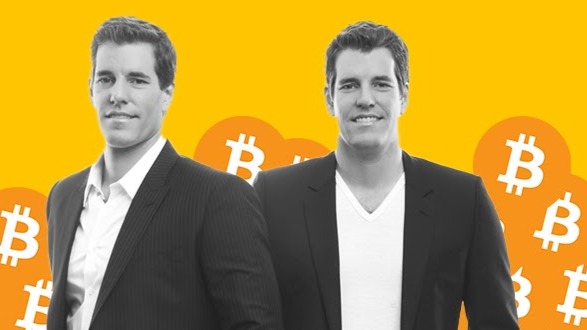 The Winklevoss Twins: Who are they?

The Winklevoss Twins attended Harvard University alongside Mark Zuckerberg. In 2002 the Winklevoss twins wanted to create a social media platform for fellow university students in the USA, resulting in the creation of HarvardConnection, 2 years later HarvardConnection was then re-named to ConnectU, months later filing a lawsuit against Facebook alleging that Mark Zuckerberg had broken a verbal contract with the twins. Zuckerberg had apparently copied their idea and illegally used source code intended for the website he was hired to create, this lawsuit continued for another 4 years until it was settled that Facebook owed the Winklevoss Twins $65 Million dollars and shares in Facebook, the value of the Facebook shares were overvalued at $11 Million instead of $45 Million that Facebook presented at the settlement fee, this meant the real settlement value was $31 million, furthermore the New York Times stated that Facebook shares were trading at just over $76 per share in the secondary market making the settlement value just under $120 Million.

How did they splash the cash?

In 2010 both brothers decided to invest $11 Million into Bitcoin, they believed in blockchain technology and the future of Bitcoin, they later created Geminin Cryptocurrency Exchange. It is unknown when or if the twins have sold all of their Bitcoin, an estimated $6 Billion in current holdings. Despite the fact, the Twins hold an amassed $6 Billion they both still live slightly above average lives, Cameron drives an SUV and Tyler doesn't have a car at all, they both have apartments in Manhattan and live normal lives. They both claim to be in life for the long-term, their mentality is to invest rather than spend money.

Achievements for the Twins

Besides being the only known Bitcoin Twins, the brothers have accomplished many other things. Back in 2007, both brothers attended the Pan American Games along with the 2008 Olympic Games and 2009 World Cup, finishing with their most recent race in 2010. Tyler and Cameron Winklevoss are both members of the United States Olympic Team. The Winklevoss twins started rowing at 15 years of age, they were encouraged by family friend Ethan Ayer who rowed at Harvard and Cambridge University. In 1999 both brothers were invited to the United States Junior National Rowing Team further competing in the World Rowing Junior Championships in Bulgaria. Along with physical talents the twins have immense mental strength, at the age of 14 the twins started a Website Design Business making thousands of dollars, however, they gave up on this idea and focused on education.