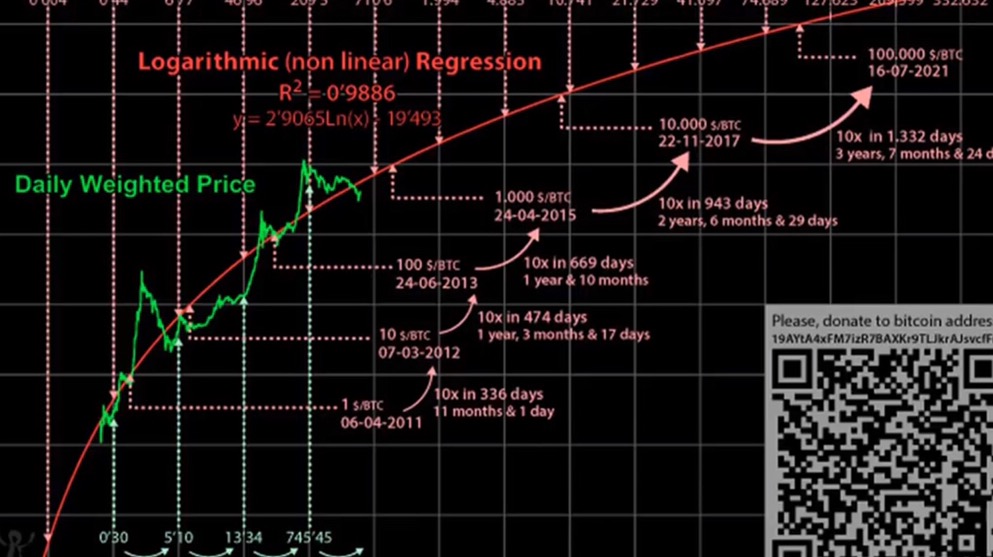 Look after the Satoshi and (the) Bitcoin takes care of itself.

Who knew about Bitcoin when the white paper came out and said the internet cannot have value.

This has been the greatest mistake of my life!

it is still not too late…

Dollar cost average in whatever you can afford and look back in at least 10 years and don’t have regrets you should have put in more!

Investing is real and has been and will always be there!

Recently, I decided running one of my lighthearted “Introduction to Bitcoin” events designed for here, as the name suggests, to introduce the concept of Bitcoin to people who hadn’t seen or understood it before.

Yes, there are still (and probably always will be) questions about security, switching back between fiat currency and bitcoin, what backs it, how exactly it works and so on and they are, in fact, the exact same questions we all have when we first discover bitcoin.

They’re designed to find reassurance and credibility in what otherwise appears to be some weird made up internet money that a random person on the internet is telling you is actually a real thing. Honestly.

Over the last few months, a new objection/comment/question (call it what you will) has come to the forefront and is usually expressed in some form along the lines of:

In reality, of course, the same objection was made at $1,000, $10,000, $30,000 and so on, but as the dollar equivalent has risen, so has the relative disbelief of individuals that they now ever have an opportunity to protect their own wealth, let alone generate any.

In short, we’re back to the “that ship has sailed” mantra which, of course, we know to be a cruel illusion of our own creation.

So, at a time when I now genuinely believe it is irresponsible for anyone not to have even the smallest exposure to Bitcoin, how do we solve this problem?

The answer is actually pretty simple.

It’s not unreasonable for someone to look at a $58,000 investment into some magic internet money thing that they’ve just had explained to them and think it might be a risk too far.

It takes a long time to “get” Bitcoin — it’s a big step change from anything we’ve ever had before. Some trepidation is not only healthy, it’s essential.

But what if that investment level could be any dollar amount? Perhaps even just that $20 you were going to spend on a McDonalds this afternoon? Is that possible? Is it worth it?

Just like we have dollars and cents or pounds and pence, a bitcoin can be broken down into fractions, called “Satoshis” in honor of it’s pseudo anonymous creator, Satoshi Nakamoto. They’re affectionately known as “Sats” for short. (The jury is still out on whether the plural remains “Satoshi” or becomes “Satoshis”)

However, there’s not 100 of these in a single bitcoin as we might expect, there are in fact 100,000,000. In other words, you could, theoretically, hold as little as 0.00000001 bitcoin which, at the time of writing this, would cost you $0.00060. (In reality, numbers this small aren’t practically possible, these are shown simply as a point of demonstration)

Since we know that there will only be 21 million bitcoin available, we also know exactly how many Satoshi will be ever be available for the entire population of the world to use, and that number is expressed thus:

Before the Bitcoin purists correct me in the commentary below, the “real” number of Satoshi is actually slightly smaller at 2,099,999,997,690,000, but I’d argue the quoted number above (pronounced “two quadrillion one hundred trillion”) is close enough to work with.

Suddenly, we have an asset that seems more abundant and seems affordable. And yet it is the same asset, simply presented in a different way.

In fact, that $20 we were going to spend on a McDonald’s earlier would buy you 35,221 Sats at time of writing according to the free online calculator at awebanalysis.com:

In other words, when framed in this context, this is an infinitely affordable amount for anyone. But does it really mean anything?

In the past, “bitcoin” — the headline measure — was entirely appropriate because its value was so low that using Satoshi would have been ridiculous.

For example, on May 22nd 2010, the first known “real world” bitcoin transaction occurred when programmer Laszlo Hanyecz offered 10,000 bitcoin for someone to buy and collect two Papa John’s pizzas. At the time the transaction was completed, the pizzas were worth $25, the Bitcoin given around $41.

That means each bitcoin was worth about $0.0041 at the time, making each Satoshi worth a number so small my calculator has to represent it thus:

To put it another way, that transaction would have cost 1,000,000,000,000 Satoshi, a number so large it is simply impractical to write and talk about in any meaningful way. No, using the top measure was entirely appropriate.

In fact, Bitcoin had such low value and so keen was the community to create an eco system for it, that they were freely given away at sites such as “The Bitcoin faucet” where you could gain up to 5 free Bitcoin when you visited, equivalent to $290,000 today.

Please take the time out and sign up with my referral for a very good faucet where your sats can build up in many different ways.

However, just nine months after Hanyecz’s pizza purchase, bitcoin reached parity with the dollar and on the fifth anniversary (now permanently part of Bitcoin lore known as “Bitcoin Pizza Day”), it reached approximately $240. In other words, only 0.1 bitcoin were now required to make the same purchase.

Today, only 0.00043103 bitcoin are required to make that purchase, which, like the pizza itself, is a bit of a mouthful.

Perhaps it is easier to say 43,103 Satoshi instead?

And yet, that number also seems a little off. Unless you live in a very high inflationary country like Zimbabwe of old, Turkey, Venezuela etc, we’re not used to paying thousands of anything for a pizza.

But today, here in 2021, we are beginning a period of transition. While Bitcoin remains the headline number for now, pricing in Satoshi is already not uncommon.

Purely for the sake of argument, let’s assume Bitcoin continues along its current growth trajectory.

Even taking the highest estimated number of users, the best case scenario is that only 1.5% of the global population is currently using it, although it is growing daily. What happens when it reached 3%? or 5% or even 10%?

Of course, it’s impossible to predict the outcome as there are so many variables, but it’s fair to say there is a case for a continued increase in dollar exchange rate for Bitcoin for many reasons. That being so, numbers that seemed utterly ludicrous a few years ago are now, theoretically at least, possible.

Fast forward a few years, is it even possible that Satoshis themselves could one day reach parity with the dollar? It’s an incredible thought.

But even well before that, pricing in Satoshis would be the norm since using fractions of a bitcoin would not make sense.

A very posh house, however, might be an entire Bitcoin.

Right now, Satoshi are like Bitcoin was in the early 2010’s. They seem abundant and very low value, but it’s another illusion.

Bitcoin, either as a whole, or broken down into tiny components, is the scarcest asset in the world and once supply is exhausted, it is exhausted forever. Owning ANY part of it may well be a very wise move.

The reality is that most of us simply won’t be dealing with Bitcoin in the future, it’ll be simply too scarce and too valuable. Instead, we’ll be using Satoshi, and Bitcoin will become a vague, legendary term used to value very large projects and assets.

Right now, however, they are incredibly cheap. Skipping that McDonalds for 35,221 Satoshi may well be one of the wisest moves you ever made.

And that’s quite a thought.

Sign up today and start collecting your sats and even store your sats here for an annual payment.

My journey into crypto

I first heard of bitcoin in 2009 and didn’t believe that internet has value. Fast forward 10 years and Satoshi by Satoshi this is my dream is to own one bitcoin. Join the revolution