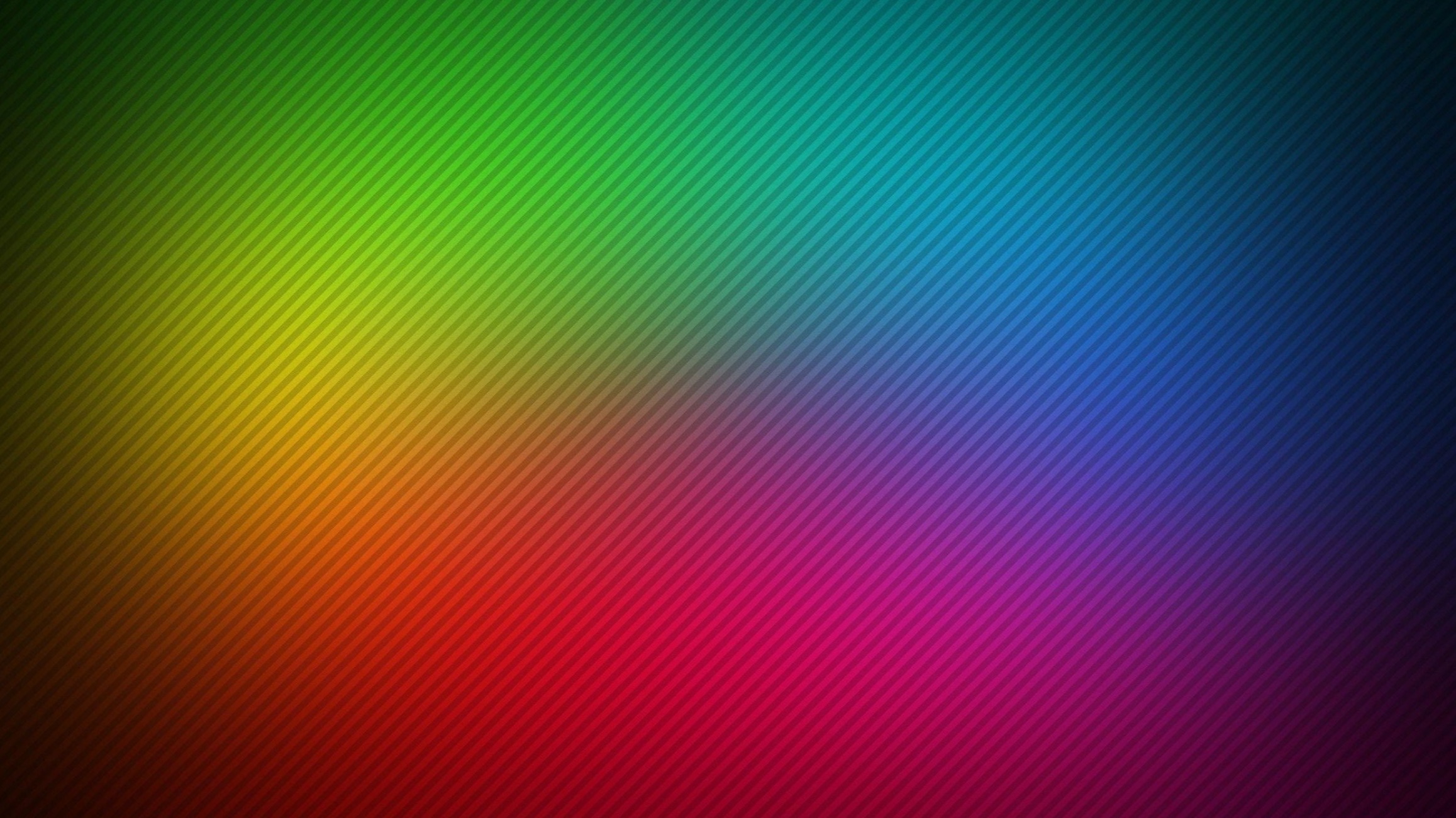 The physics of COLOR

Being on my third year of cinema school, in juste more than a mounth I have to write a thesis. Obviously fourty days before the end is way too late to start but I always had difficulties in working in advance and that's why i just started today.

My thesis is about "The color's creation in audiovisual and cinema production" and there will be some following posts on StemSocial which are orther chapters of the thesis. Now three are scheduled, including this one.

The subject of today is the introduction. We are going to see what caracterizes the color and how can we see it.

To introduce and understand what the color is, we have ton know what is the light.

In its most common definition, the light is a pysical phenomenon which can produce a visual sensation. The physic determined that it is electromagnetic waves.

That is what Wikipédia says, which is not the most interesting nor the most clear. I'll try to be more comprehensible. The light is energy, this energy is called photon, for each photon there is a electromagnetic wavelenght linked. 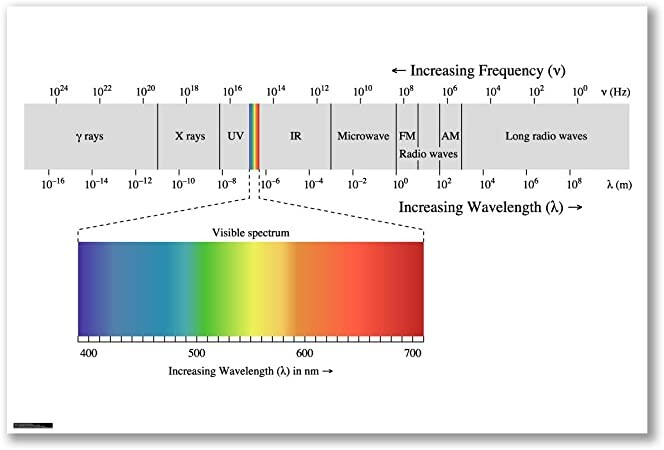 If these wavelengths are visible, there is a chimical reason for that. 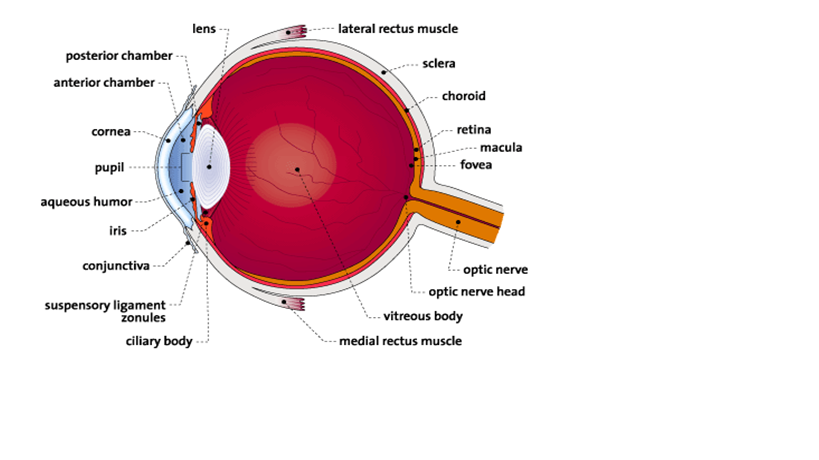 On this cross-cut eye we can see that the inside of the eye is upholstered by something we call the retina. That retina is partly composed of cone cells. Three different cone cells, and they all are wave receiver. 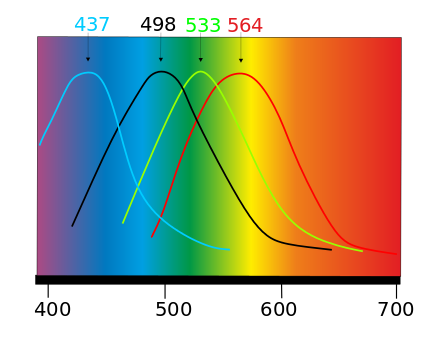 As we can see on this graphic, each cone is sensitive to a wavelenght range. The blue one is sensitive fromm 400 to 550nm, the green from 470 to more than 650 and the red one from 500 to 700. We know that the maximum and the minimum of each can change depending on each person.

As you can see, the blue cone cells can receive a green 533nm photon but the blue cone will see it as green, the high of the curve shows the receiving frequency of the photo.

Thanks to these three colors red, green and blue we can create all colors. 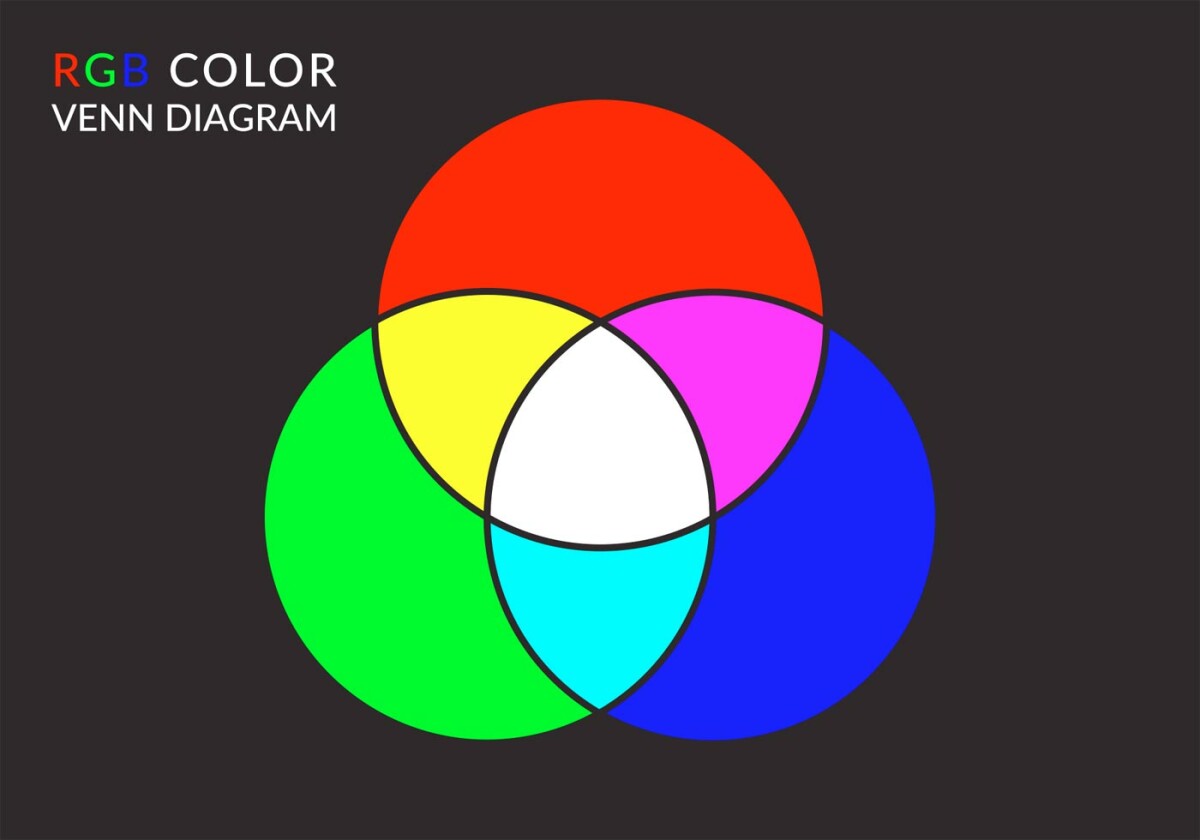 On this Venn diagram we can see that a pure red ( 100% saturated ) and a pure blue mixed are magenta, blue and green makes cyan, and green and red makes yellow. In addition, if we mix the green, the red and the blue, we get some white.

This is the case for humans ( except for colorblind ) but not for all animals. Even if a lot of people think that the dog sees in black and white, that is totally false, they have different cone cells, they see two different colors, yellow and blue :

For the same image they see something completely different, and somewhere like a garden where there is not so much blue, they see barely only yellow : 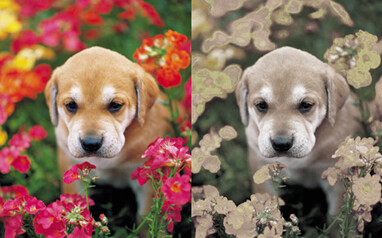 Some other animals have even more cone cells than us and can see ultraviolet or Infrared photons. They can see colors we can't even imagine.

All kinds of color creation or color capture are based on this observation. For exemple, barely all screens are rgb ( red green blue ) based 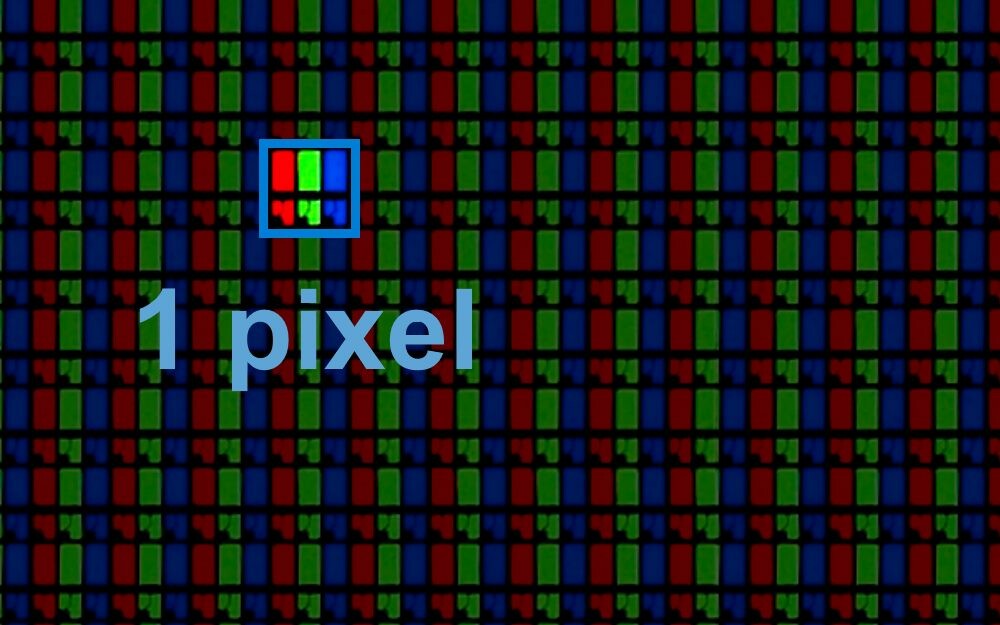 Each pixel is a group of blue, green and red lights, then the brighten of each color determine the final color, each part of the pixel is so small and we are far enough that we just see the mix.