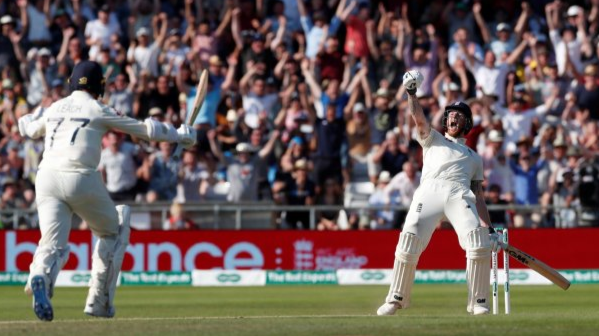 The protagonist of the play is Ben Stroke.

England won a dramatic victory. Ben Stoke will probably remember this win for a long time. Maybe he or she will never forget. Because he is the protagonist of today's drama. Take the team to the same win. Today's game was the fourth day in this test. But the game will be in the fourth inning. That means Australia are the last to bat two innings. England also finished the first inning and then the second inning. On the third day, 3 wickets were lost. In this case the joe root has to lose wickets without having to start the fourth day of play. England lost a lot of pressure after losing the wicket of the joe root.

But the baristow came up with a great partnership with Ben Stoke. England, however, returned to rest. But after that, England's wicket started raining. England lost the last 41 wickets in just 5 runs to the very end. England's dream of winning this Test is over. The run 286 then lost 9 wickets. Ben Stokes is batting and jeak leach. But the protagonist is a bat. Ben Stokes started to beat the ball from one pass. This is a huge beating of the ball in all Australian bowlers. Couldn't even get him out.

England were just two runs away from winning another event. When Jeak Leach goes for a run, he returns the stick. He is too close to the ball so he cannot return to his kirija. He goes to Nathan Lyon to say where he kirij the fielder then gives the ball. But he can't run out of jeak leach. But right after that, Ben Stokes was trapped in the LB. But the Empire did not let this out. Australia reviews can no longer be reviewed because they are already over. In the end Stoke won the team by four beats. Ben Stokes scored 135 runs.

This Test, especially to this day, seemed like every over, if one over was won by Australia, the next over seemed like England would win. But it's nice to see the game.