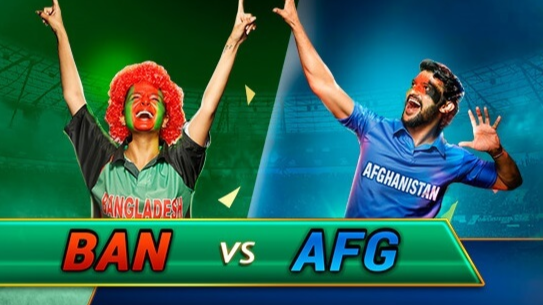 Bangladesh lost a lot of shame to Afghanistan. Today was the third match of the tri-series in Bangladesh vs Afghanistan. Afghan captain Rashid Khan decided to bat first to win the toss. But the Afghan start has been pretty bad. Rahmatullah who defeated the Afghans for the first time. Saifuddin was speaking. In the next over, Shakib Al Hasan took the wicket of Hazratullah Jazai. Where the Afghans were 4 wickets for 40 runs then they went after the pressure. At that moment, Hal Doreen will be going to Azgar Afghan and Mahmud. The dragon was out for 40, but Mohammad Nabi was eventually dismissed. He played a staggering 84 runs 54 . The bowlers of Lund Bond Bengal, his fall The Afghans were bowled out for 164 runs in 20 overs. Saifuddin 4 and Shakib Al Hasan picked up two wickets for Bangladesh. Mozibur Rahman was bowled by bowling bowler Nane Mozibur Rahman, who was bowled out for four. Mahmudullah 44 scored the highest score for the team. Bangladesh all out 139 runs. Afgansthan won by 25 runs. Mujibur Rahman took 4 wickets for the Afghans, Rashid Khan, Gulbar Nabi and Farid Ahmed took two wickets each. The Afghans are most likely to win this match. However, Zimbabwe is still likely to reach the final. If he doesn't lose any more matches, then they might as well go to the finals. Let's see if some teams can win the finals.