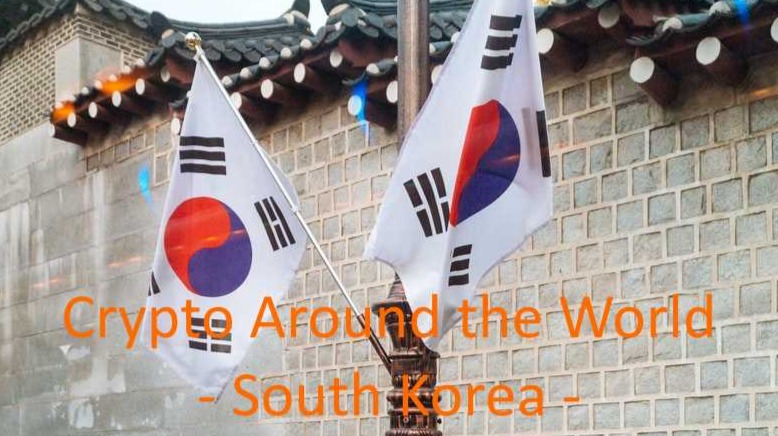 Crypto Around the World - Will South Korea make a global impact?

This is part of a series:

I’ll start this article by acknowledging ‘The Kragle’ for asking this question in my first article's comment section, “Asia in general would be probably be more accepting maybe?”

I really didn’t have any specific country in mind to write as second destination, but after giving it some thoughts, The Kragle was right. Why not zoom out a little and look at Asia as a whole and see what interesting country jumps out.

Well, we don’t have to look too hard as there was a country in the news recently that may or may not have caused a knee jerk reaction in the crypto trading world. Yes, it’s none other than South Korea.

A country with around 51 million population comprising of 0.66% of the total world population and which ranked it at number 28 by population globally.

In 1999, the country's investment in research and development (R&D) totalled 2.07% of its gross domestic product (GDP), just below the average for nations in the Organisation for Economic Co-operation and Development (OECD). In the latest figures, the country has stretched out a clear lead at the top. The 4.29% (63.7 trillion won, or US$60.5 billion) that South Korea invested in R&D in 2014 outstrips runner-up Israel (at 4.11%), as well as regional competitor Japan and the United States. The biggest chunk of the money goes towards applied research and development in industry, but the government has made major investments in basic science, too.

When we think of Korean products, Samsung, LG, Hyundai, Kia comes to mind. It is easy to see why. These companies have made a name for themselves in the global arena.

How did they get here? It has not been an easy road for South Korea, coming from a poor agrarian country in the 1960s to its current global standing. It was driven by this incessant push for being the best and a drive for innovation, backed by aggressive government policies. This aggressiveness has paved the way for South Korea’s fast adoption of blockchain technology today.

To get up to speed, I suggest you read this article in cointelegraph entitled East vs. West – How Does Cryptocurrency Adoption Compare?  Just like a rudder in a ship, government policies play a crucial role in determining where the country ends up. In South Korea’s case, the government’s focus on and investment in technological advancements and telecommunications infrastructure dating as far back as forty years has presented it with a competitive edge in adopting new technologies such as blockchain based cryptocurrencies.

2017 – Close to 30% Korean workers have invested in cryptocurrencies. It has the world’s third largest trading volume in bitcoin. This buying frenzy has resulted in what’s called the ‘Kimchi Premium’.

There have been discussions among ministries and private sector experts on how to develop a platform economy, and we have come up with the four projects in which we will continue to invest with a long-term perspective:  1) building a digital platform for big data and AI, along with promoting blockchain technology to secure data transactions and the sharing economy, 2) easing data divide, 3) setting up a hydrogen fuel cell supply chain and 4) developing an education program to meet the demand for qualified workforce needed in the future

Over the next five years, a total of 9-10 trillion won will be invested in the platform economy, 1.5 trillion won being spent next year.

Road Bumps along the way

As with any new technological advancements, there will always be challenges, especially if it involves human and lots of money. The explosive growth of cryptocurrencies in South Korea is no exception.

What this means is that unscrupulous individuals with dubious schemes are not far behind. When the majority of the masses with money in hand but equipped with only some or little knowledge, it makes them an easier target for fraud.

Here are the news headlines to a few of the many frauds and scams:

And of course, the latest in the news - Major South Korean Crypto Exchange Raided by Police in Alleged $25.2M Fraud Case (bitcoin.com – Sept 10, 2020)

Should this be a deterrent and a major concern for countries looking at opening up to cryptocurrency trading? The fact is that, frauds and scams have been around since the dawn of time and will not disappear anytime soon. We know that cryptocurrency is a mover of this innovation. And innovation is not without risk.

As indicated in the beginning of this article, many of us are familiar with the Samsung brand, thanks to its aggressive marketing and innovative mobile solutions. 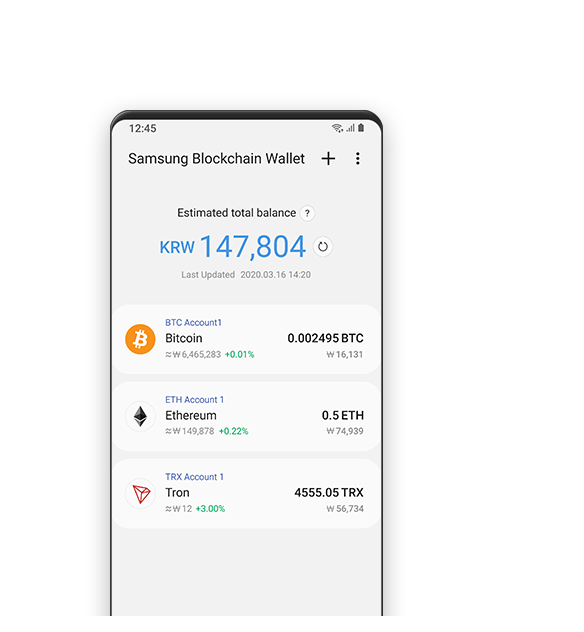 With its branding power and a global market share of 21%, could it be that Samsung’s focus on blockchain technology will help educate the masses to cryptocurrency adoption? Many of us may not be aware but last year Samsung had launched a blockchain wallet with its Galaxy S10 devices.

Other technology companies like LG is already developing blockchain platform where customer can purchase goods and services.

Banks such as KEB Hana Bank and Woori Bank are partnering with companies to develop blockchain based applications that provide greater convenience and efficiency in servicing their customers.

Last year, Hyundai AutoEver, an automotive internet sales division of Hyundai issued a press release stating they are working with Blocko, a blockchain infrastructure provider to develop a Blockchain-as-a-Service to track vehicle history.

These are just a few of examples and these companies have large consumer base and with it, a big influence.

With a focused drive for innovation and spending allocations in blockchain based technology; the government of South Korea has led in the adoption of blockchain technology and cryptocurrency.

Combined with the country's large exports in mobile solutions and automotive sales, the country may end up playing a big role in acclimatizing consumers not only in Korea but globally towards blockchain based products and services.

It is imperative for a government to have well thought out policies to drive the country in the right direction. It is also important for trusted brands to play a role to help their consumers ease in these new tech. In South Korea’s case, they seem to be doing both right and this future was summed in the following words by the President of South Korea Moon Jae-in earlier this year when he addressed industry leaders,

For its part, the Government will strive to nurture future technology professionals while supporting Korean companies’ efforts to innovate. We are expediting the training of experts in such new industrial areas as artificial intelligence, big data, blockchain technology, future cars, drones, intelligent robots, smart ships and biomedicine.

I am confident that if businesses, the Government and the people all join forces, we will be able to surmount the industrial crisis caused by COVID-19 and be reborn as a powerhouse in an era of the digital economy.

This article is part of the “Crypto around the World” series I’m writing about. Indonesia was the first stop. Please like and follow me if you want to take this journey with me.

One of my reasons for starting to write is to learn. I’m open to constructive feedback and ideas on how to improve my writing. Feel free to drop me a comment. Of course, the tip is a motivating factor to write more.

Resources that I use and recommend:

These are links to sites and apps I love and use. Feel free to sign up under these links. We'll both benefit from it.

I live in the Metaverse, particularly in Upland and am building my business there. I only visit real-life to share my experience. If you're as excited as I am about everything virtual, come join me at https://discover.upland.me/UplandDood!

A journey of one Bitcoin starts with a Satoshi. This is my story of that journey and my opinion of the future of Crypto...taken one step at a time. Drop me a line or an encouragement and let's take this roller coaster ride of a journey together. Thanks for dropping by.