My Thoughts on PayPal (Added Cryptocurrency Services) and Coinbase (IPO)

By Free_Passive_Income | My Complete Thoughts and Opinions | 24 Dec 2020

Coinbase has recently announced to go public and is currently under review by the SEC for its IPO. In my opinion, this will bring about only positive effects to the crypto currency markets. Remember what happened when PayPal announced and started its cryptocurrency services in its existing SaaS products? It visibly became a huge catalyst and pushed the price of bitcoin upwards the very next day. And its chain-reactions followed by and positively impacted other cryptocurrencies such as Ethereum, Litecoin, etc. I am more than 100% confident to say that PayPal would definitely extend its cryptocurrency services to its subsidiary mobile payment service company Venmo sometime in the near future, allowing individuals to send and receive various cryptocurrencies to and from each other. If you could, please share your thoughts about Venmo in the comment below. 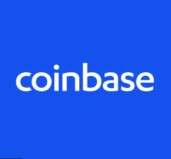 The main difference between the two firms is that PayPal was originally built upon providing financial services for the traditional currencies while Coinbase has its foundation purely on cryptocurrencies. Having more companies that provide services supporting digital currencies trading publicly would likely attract those potential investors just watching on the side giving them more confidence. The year 2020 has been so far the best year for bitcoin and cryptocurrencies in general, and upcoming years are expected to be brighter according to many experts and based on the news and trend. As the value of cryptocurrencies continue to rise and following Coinbase’s successful IPO (which I think should not be an issue and is just a matter of time at this point), I hope to see more companies that offer cryptocurrency services to go public.

My Complete Thoughts and Opinions

This blog shares my personal view/standpoint/thoughts/opinions about subjects.