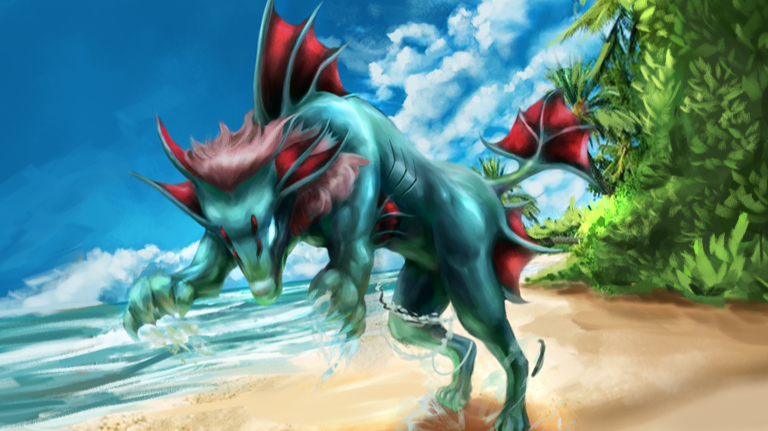 You knew MuTerra by the name - Earth, but that was before the planet's inner radiation mutated every living organism on it.

It all started off with negligible birth defects and no one paid much attention to it. But soon humanity realized something was not right. Guidelines were issued, people were asked to remain indoors and governments got together to find a way to deal with the problem at hand.

Earth's inner radiation increased exponentially killing off almost all of humanity. The ones who survived were those whose bodies had adapted to the radiation spike.

Unfortunately, surviving the radiation was not the end of it. The animals that had mutated went through a population boom. They started attacking and killing off humans, well what was left of them anyways.

Helpless.. Powerless.. The survivors awaited their deaths.. Until one day they saw a ray of hope..

Someone had successfully tamed a mutated animal! paving way to possibilities that were unheard of..

Using the mutated animals the survivors started fighting back..

And thus started the era of the tamers.. Tamers of MuTerra are able to directly influence the stats of the mutated animals aka MUTEES.
That being said, with this post MuTerra announces its first tamer auction! Fiona, A Legendary Tamer, is known to have a deep connection with Mutees. Its said that her mutees are always stronger than their counterparts.

YOU CAN BID HERE : BID

MuTerra is a TCG+CCG+RPG style game where Earth's inner radiation has mutated all living beings. Players aka Tamers are tasked with capturing and taming the mutated animals aka Mutees in order to save humanity from extinction.

MuTerra used to be known as Earth. The inner radiation of the planet mutated every living thing on it and resulted in a population boom, not of humans but of plants and animals. MuTerra is a TCG+CCG+RPG style game where you as tamers are tasked with capturing and training the mutated animals in order to save humanity from extinction.