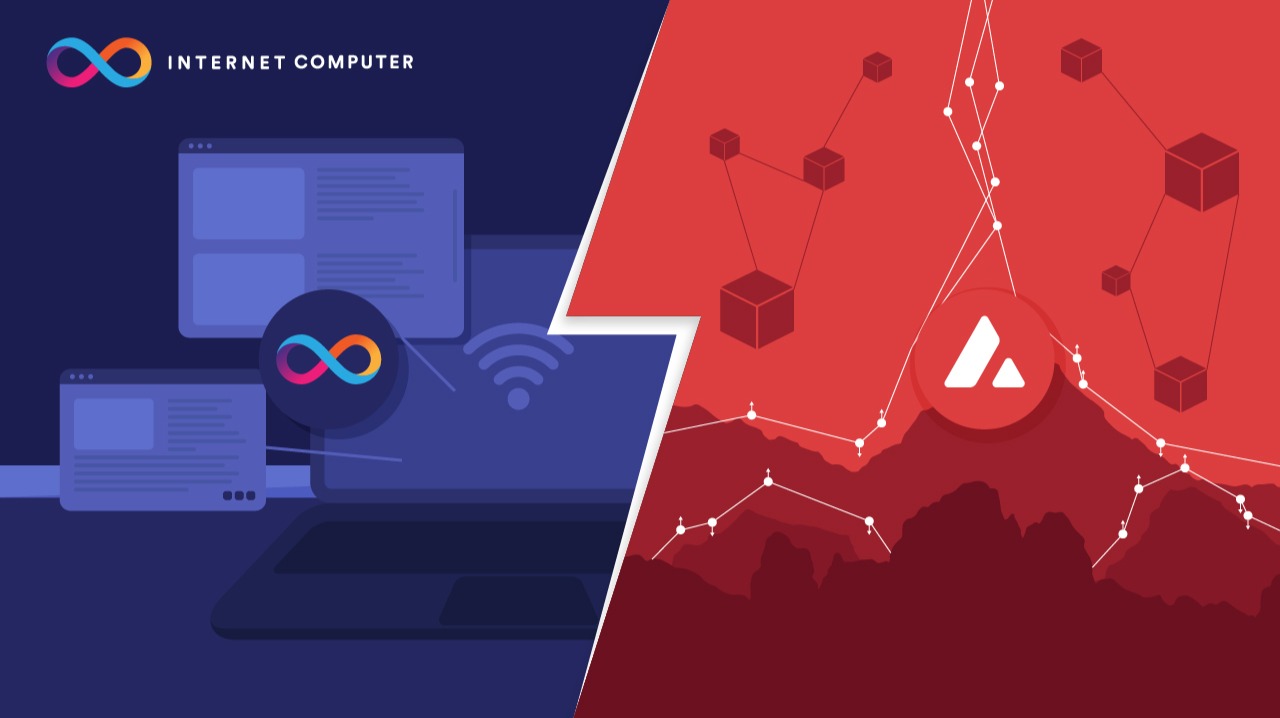 Internet Computer vs Avalanche: Who Will Win The Scalability Game? 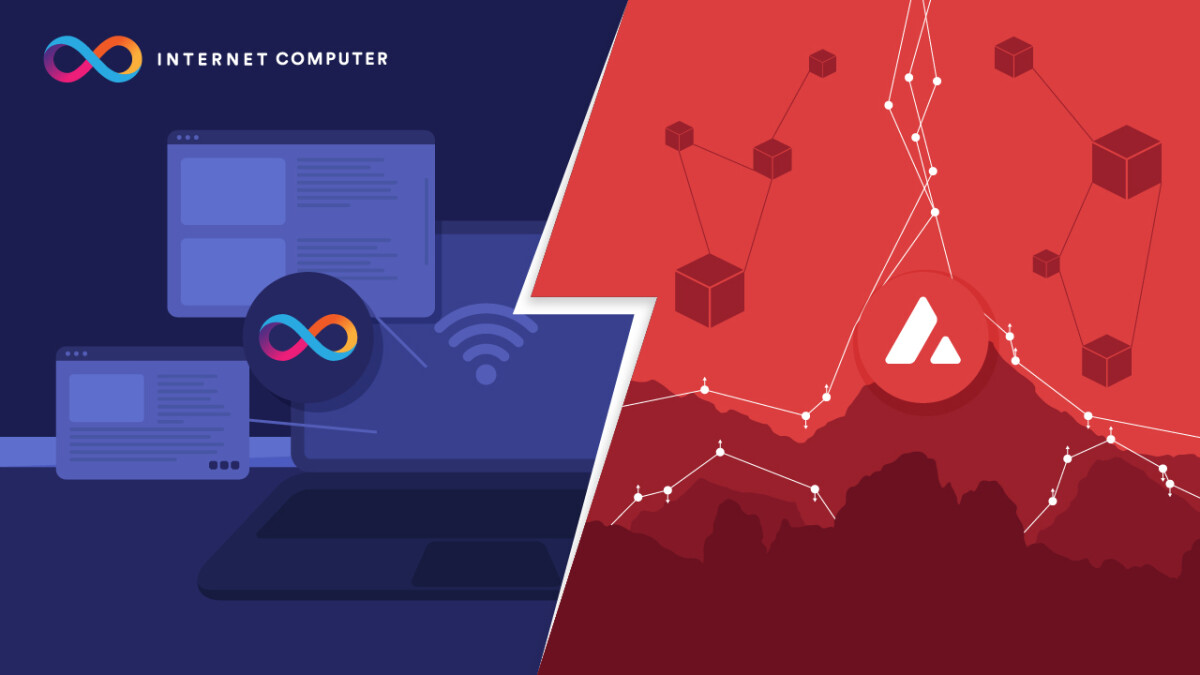 To what extent, how well, and how fast a blockchain can scale without sacrificing on speed and decentralization is one of the most significant indicators of a really great blockchain. However, the scalability side of the blockchain trilemma is not so easily solved, and tackling challenges around scalability is easier said than done.

There are many blockchains that currently boast of their capabilities to scale, like Ethereum, Solana, Avalanche, and the Internet Computer, but issues still remain. Ethereum is the most famous with its issues around skyrocketing gas fees that stem from single to double digit TPS and thousands of DApps being built and running on the network. Solana has also had many network crashes starting from late 2021, which brought to the forefront its issues around centralization.

Avalanche and the Internet Computer however, are two networks that have a better position to solve the various blockchain and network scalability issues. So let’s take a look at how they do that, as well as how they compare and contrast.

Avalanche: How It Works?

However, the two greatest differentiators that make Avalanche standout are its consensus mechanisms and scaling solutions. On consensus, the Avalanche consensus and Snowman consensus protocols give Avalanche unparalleled speed and security. On scaling, Avalanche allows for horizontal scaling through its novel subnet technology.

Definition: “Subnets are a horizontal scaling strategy that aims to validate Avalanche blockchains running in parallel, enabling transaction order, and increased performance by splitting up network traffic allowing for optimization and more control over transaction fees.”

The P-Chain is where anyone can create a subnet on Avalanche. So when the network gets busy and transactions increase, a creator or a developer can opt to establish a new, separate, and un-congested subnet for any specific application.

This allows that individual to avoid the traffic on the main subnet, and instead utilize a newer application-specific subnet. It can be thought of as building a brand new application, whether related to DeFi, gaming, or NFTs, on a blockchain of its own with its own cryptocurrency tokens and economy — all without impacting or adding additional traffic onto the main network, which is the key problem for Ethereum (excluding layer-2).

The benefits of subnets are that despite being technically independent from the network, they still remain natively integrated with the broader Avalanche ecosystem, they don’t compete with other projects for network resources, and they’re available in an unlimited supply.

In summary, subnets allow the network to scale up easily while enabling lower latency, higher TPS, and lower transaction costs.

Even though subnet technology seems like a breakthrough, it’s still in its infant stages of expansion. So far, only 22 subnets have been created, but the amount at stake is high, with over $6.3 billion dollars currently staked.

Despite the positives of Avalanche, the Internet Computer offers a similar type of scaling solution that has more years under its belt and is more battle tested. Let’s take a look.

The Internet Computer: How It Works?

The Internet Computer is also a blockchain-like network that developers worldwide can use to build scalable DApps, including DeFi, social media, and NFTs — but most importantly, the IC can be used to construct enterprise systems and web-based services. That’s what sets it apart from other blockchains such as Ethereum, Solana, Cardano, Cosmos, and even Avalanche.

But similar to Avalanche, the IC’s internal building blocks are also made up of individual subnets. These subnet blockchains are created by combining node machines to increase the capacity to host smart contract data and computation.

The Internet Computer’s Building Blocks That Allow It To Scale

The Internet Computer’s network architecture puts it in a better position to scale vis-a-vis other blockchains. Let’s take a look at how, as featured in the graphic below. The overall purpose of subnets is to host canisters, which are the smart contracts that host and run all IC applications and services. By creating subnets through node combination, the network can scale and increase its capacity to host smart contract data and computation. There’s no limit to additional subnets, thus allowing the network to linearly increase its overall capacity. This sets the IC apart from Avalanche, and gives it a comparative advantage.

The subnets are also widely represented geographically, and they collaborate to replicate the certain hosted canister’s data and computations. This geographical representation makes subnets tamperproof and unstoppable, thus solving the decentralization and security issues.

Additionally, what’s interesting and unique about subnets is there are different types: such as data subnets, system subnets, and fiduciary subnets — and each of these subnets serve different purposes. So depending on the purpose of the application or service, a user or a developer will work and connect with a certain subnet.

As you can see in the picture below, the fiduciary subnet can call other canisters, it can hold ICP tokens, it can send Cycles, it can host governance canisters, as well as other actions.

To provide some statistics of the IC’s network, at the moment there are 65 data centers, 518 node machines, and 35 subnets. Thus, the network is still in its medium stage of development. However, it has more subnets than Avalanche, which means this part of IC’s development is further along.

Role Of Canisters In The IC’s Scaling Effort

Despite subnets allowing the IC to scale, canisters also play a huge role in this scaling effort. It’s hard to say which is the Batman or the Robin as they’re both equally important. Canisters are necessary for any Internet Computer application. Let’s outline a use case below:

As seen in the image above, when a user interacts with a program on the IC and does a certain action (such as visit a website), that action gets routed to the data center, which then goes up through the specific subnets, and lastly calls to the certain canister that confirms that action.

This type of organization and flow is what sets the IC apart from the likes of Avalanche and Ethereum, as everything is done “on-chain.” For example, the data centers are IC-owned, the node machines are IC-programmed, the subnets are IC-created, and the canisters are IC-specific. So it’s all done within the network, which is different to other blockchains, even Avalanche, as somewhere along this action chain there will be a centralized server touchpoint.

The second great thing about canisters is that they’re easier to use and create. In Avalanche, the consensus mechanism, staking, and subnet creation are all difficult for beginners. It’s much easier for an IC user to interact with applications and services, and to build on the Internet Computer.

In summary, canisters provide an additional scaling solution to the IC, thus allowing it to do more actions such as hosting enterprise services and web browsers directly, along with the more typical DeFi, DApps, gaming, and NFT applications.