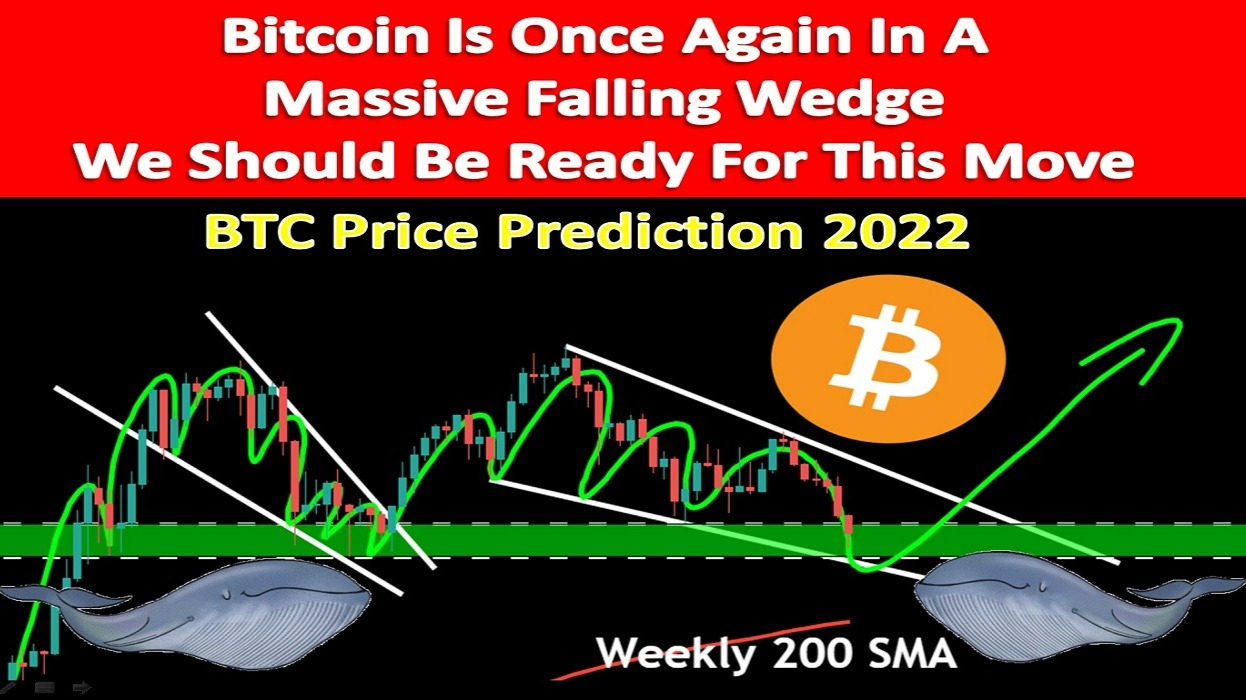 Hi friends hope you are well and welcome to the new update on Bitcoin .

Previously we had seen that BTC formed a bullish Cypher and the final leg of this pattern was completed in the month of Jan 2022. Then from the potential reversal zone, Bitcoin rallied well.
Below was the Cypher which I shared with you:

Click here to visit this old idea on Patreon

Breakout from the big channel:

During the rally, Bitcoin also broke out a big down channel, but could not continue the move and dropped down. While moving down, BTC has also broken down very significant support of $33K.
Now we have another major support at $28K.6K which is not broken down since Jan 2021.

On a weekly view, Bitcoin has formed a big falling wedge pattern and now it is possible that it may test the support of this wedge , but after testing the support we can expect another bullish bounce to make another attempt for the breakout.
There is also a 200 simple moving average below the wedge , which is moving up. Right now the 200 SMA is at $22K. The stochastic oscillator on the weekly time frame has also entered the oversold zone.

Conclusion:
In the short and mid-term we may expect another bearish move to move more down to test the support of $28.6K and the support of the wedge . But in the long-term, there can be another big rally if priceline breaks out the resistance of wedge.