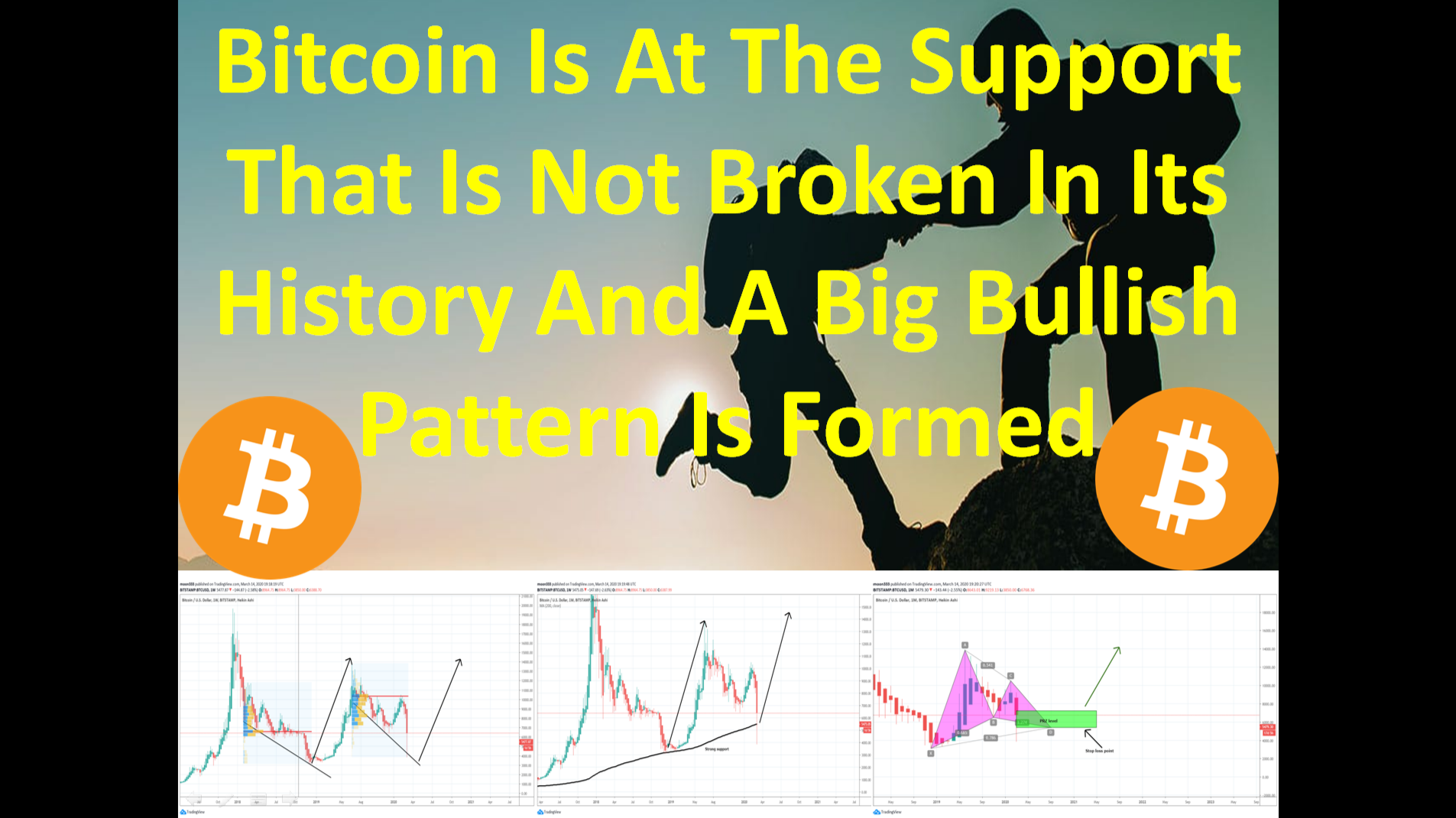 In my previous articles I have revealed that Bitcoin has formed a down trend line on long term weekly chart. This trend line cannot be ignored as the priceline of BTC has so many touches at this level.

If we see charts  back in 2018 to 2019 then it will be revealed that same as like this trend line a downtrend line was formed after the market crash of 2017. The formation of that trendline was started in March 18 and ended in February 19 for almost a year. The point of control of volume profile was at $6500 and the traders interest was very low below $6,000 level. And when the Bitcoin moved down from that level then priceline took a very powerful bullish divergence and moved up by more than 300%.

Weekly 200 SMA a support that is never broken in the history of BTC:

On the other side if we see the 200 simple moving averaget then it will be revealed that this moving average is every strong support as it is not broken down ever in the history of the Bitcoin since it is appeared in June 2015. And we can also see that in December 2018 the price action has hit at this support then the price line of BTC consolidated above 200 SMA and moved up with a very powerful bullish rally and achieved more than 300% gains. This time a long bearish candlestick is hitting the 100 simple living average support and also at the 200 SMA support as well. Even BTC is hitting the spike beyond the 200 simple moving average up to $3850 and retraced back above this moving average.

At one side this situation is very critical but on the other side the situation can be very positive because is a support that is not broken in the history of Bitcoin if it will be broken down then it can produce a disastrous situation. Because this support is very long term and once broken down then it can work as a very long term resistances as well. But on the other side if the price line will take a bullish divergence from this 200 simple moving average support then it can be really very powerful rally as we have witnessed from February 19 to June 2019.

Now I want to divert your attention towards the formation of very big bullish harmonic pattern on monthly chart. Bitcoin has formed Gartley pattern and this strong trend has helped the price action of BTC to complete the final leg of this bullish Gartley.

In other words we can say that the Bitcoin needed this strong bearish trend in order to complete the last leg from C to D.

The bearish move was so much strong as we can observe that the Bitcoin has hit the spike even beyond the potential reversal zone but all of a sudden the BTC has be retraced back in the PRZ level of this bullish Gartley pattern.