Bitcoin (BTC) 12K??? | Look At This Another Bullish Reversal Pattern 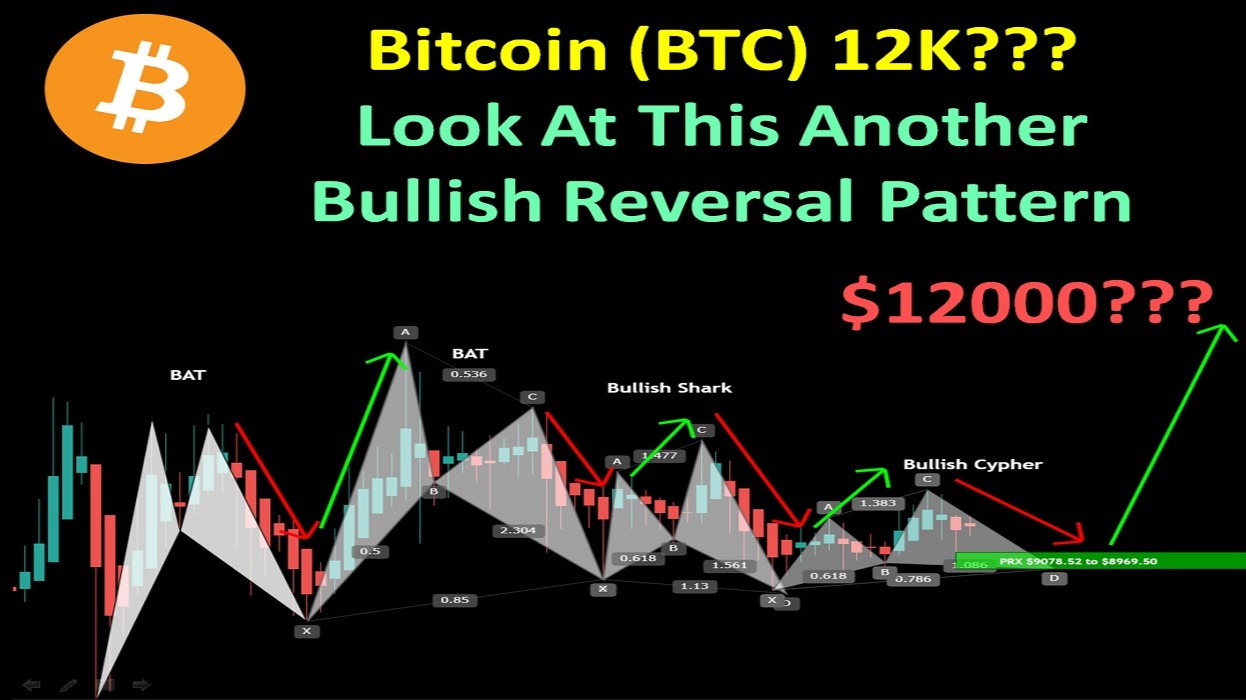 Bitcoin (BTC) 12K??? | Look At This Another Bullish Reversal Pattern

Hi friends hope you are well and welcome to the new update on Bitcoin. Previously we have seen that the price action of leading cryptocurrency took bullish divergence from the potential reversal zone of the bullish Shark pattern. Now it has completed the final leg of the bullish Cypher. The price action has just hit the spike in the potential reversal zone however, I am expecting soon it will be completely entered again in this PRZ level.

The pattern is changed from channel to wedge:

Previously the price action was moving in a channel.

But after taking bounce from the support on the 15th of June the priceline is not able to reach at the resistance. Therefore now the pattern is changed from channel to wedge.

The pricline is having good supports of SMAs:

Even though the price action of Bitcoin has formed a bullish reversal Cypher pattern but there are chances that it will move more down to enter the potential reversal zone of this pattern once more. But after that, there will be a strong possibility that the price action will move up to breakout the next resistance level. However, the potential reversal zone of Cypher can be used as a stop loss. Because if this PRZ level will be broken down then the pattern can be changed from Cypher to Shark and the leg can be more longer to the downside.