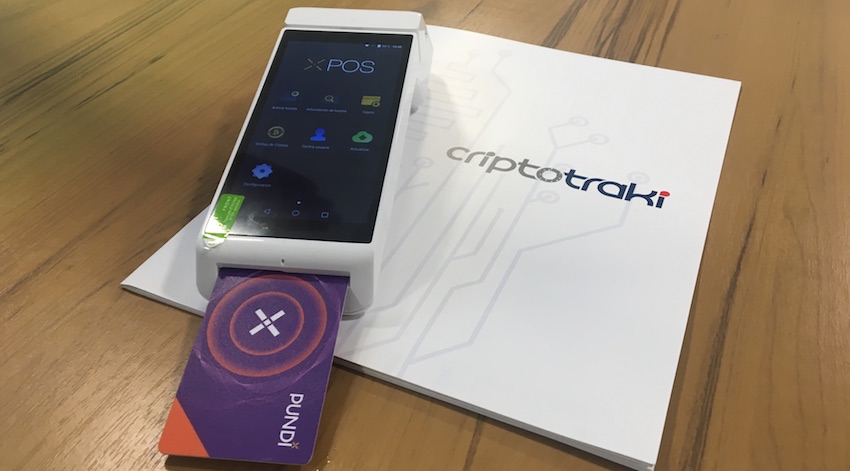 The largest department store Venezuela made an alliance with the Indonesian blockchain firm PundiX to bring the first physical point of sale to the Caribbean country with which it can be paid with cryptocurrencies.

The device in the form of a cell phone, touch screen, camera and an Android-based operating system, receives payments in different cryptocurrencies and works with the use of data from a mobile network or through a Wi-Fi network.

To learn a little more about it, DiarioBitcoin spoke exclusively with Gabriel Falcone, director of PundiX Venezuela, who says his firm is the first and so far the only platform in the world that has assembled physical points of sale for crypto payments.

In the words of Falcone, the XPOS (official name of the device), "works as a portable exchange that receives, converts and deposits cryptocurrencies into the merchant's wallet."

Falcone account, that the XPOS allows to receive payments with cryptocurrencies through the XPASS, which have been a debit card, or in a conventional way by scanning the address generated by the device to receive. In order to use XPOS in a store, the user must have downloaded the Xwallet, the PundiX wallet (available on both iOS and Google Play) and proceed with the registration.

Once the account is created, it is enough to deposit the cryptocurrencies to be able to pay with the XPOS using a conventional address. To pay with the XPASS, the user must first request it on the PundiX Venezuela page and comply with a series of conditions for its delivery. Once the card is received, you just have to activate it through the app and load a balance to use it. https://www.pundix-venezuela.com/xpass/comprar (link to request the card). 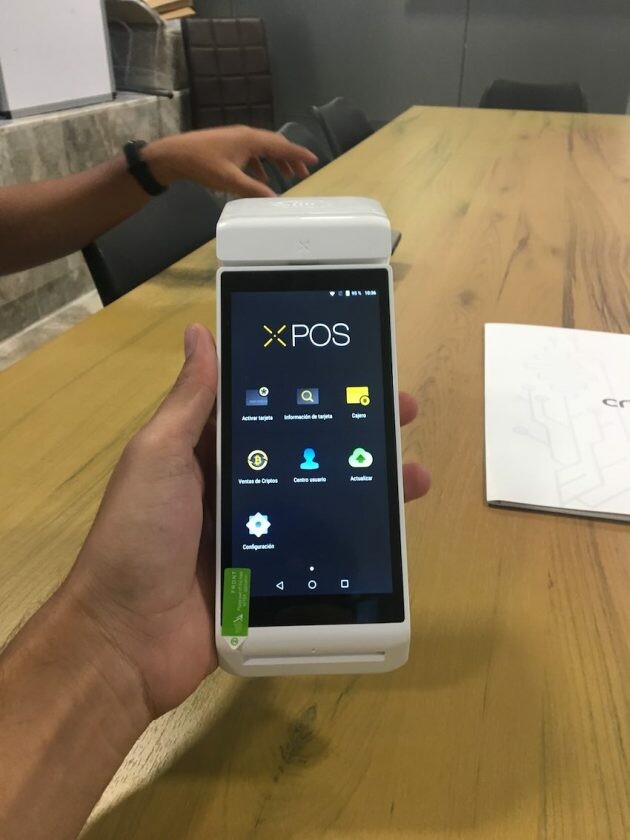 Currently, XPOS allows payments with Bitcoin, DAI, Binance Coin, FX, PundiX token, Quantum, NEM, KuCoin, Ether and all the token formats of the latter (ERC-20, ERC 721, etc.). In addition, the entire PundiX platform is based on the Ethereum Blockchain.

To protect businesses from strong market price fluctuations, Falcone comments that the XPOS, through the PundiX platform, is responsible for converting each received transaction to the stablecoin Tether (USDT). In this way, traders should not worry about whether the market suffers a significant decline. All payments, conversions and deposits are made within the PundiX platform. That is, both the customer and the merchant use the Pundi platform for the use of XPOS.

In addition, compared to the points of sale of fiat currency that can take between one and two days to credit the money to the merchant's bank account, the PundiX platform allows you to see the merchant receive each transaction immediately and observe them in time real inside your PundiX Wallet.

On the other hand, Traki, who in the past had already made an alliance with CryptoBuyer to accept payments with cryptocurrencies in their stores, sees his dealings with PundiX as another opportunity to continue being pioneers of crypto adoption in Venezuela and to give his customers different options when making these payments, so that each person can choose the payment method that seems most comfortable.

Although PundiX has already taken the XPOS to countries like Panama and Brazil, Falcone points out that Venezuela's economic conditions are an opportunity for adoption to take place more easily. Between hyperinflation, cash shortage and the need to change cryptocurrencies to bolivars to be able to use them, the arrival of a point of sale makes them more viable and comfortable without using the bolivars that day by day They are devalued.

Also, Falcone points out that Traki was chosen as leaders in the adoption of crypto in the past. In addition, the company is ready to fully introduce cryptocurrencies in all its departments (taxes, administration, etc.).

Michael Gomez, CEO of CriptoTraki, told DiarioBitcoin that previously all the cryptocurrencies that were received for sales in the different stores of the country were stored in a wallet, but from next week all the information that is generated as a result of transactions Crypto will be reflected in the accounting books of the company.

Currently, the XPOS is in four Traki stores in different cities of the country and in just two weeks, all Caracas stores are expected to have at least one of these devices. Also, Gomez said that by the end of the year it is expected that there will be at least five XPOS outlets in each of the 49 Traki stores nationwide.

More shops with the XPOS

In this initial phase, only Traki is working with XPOS, but Falcone commented that anyone can enter the PundiX page and request a point of sale for their trade, the costs will vary according to what each trade needs. "A person can request a point of sale even to collect their professional fees," he said. So until now it is not necessary to be a physical trade to have the XPOS.

At the time of writing, PundiX is also working in alliances with other Venezuelan companies such as supermarket chains, pharmacy chains and even entertainment companies, such as cinema, to introduce XPOS in other stores and thus facilitate its adoption. It is even possible that through an alliance with a local bank, the balance of the XPASS can be recharged using bolivars, but this is only one possibility in which the firm is working.

Falcone said that there are currently more than 30,000 active Pundi portfolios in Venezuela and it is expected that by the end of this second half of the year there will be more than 300 stores using XPOS. In the following video you can see how the device works: (video in Spanish)

Images and video by DiarioBitcoin