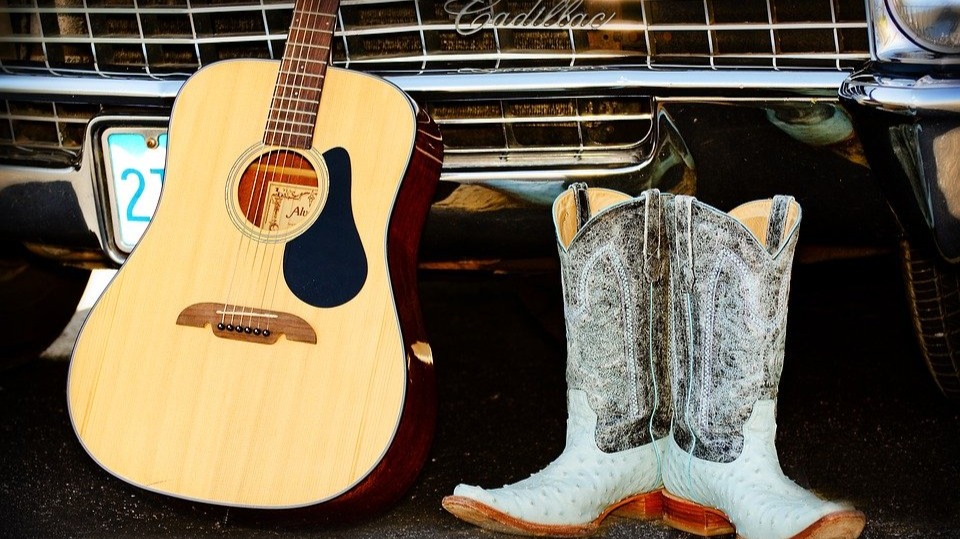 As someone who loves a ton of music from many different genres, I've always felt that country music got a bad rap from a lot of people. The typical cliches about every song being about your truck breaking down, your dog dying, or your wife leaving you are very outdated. It's not all twangy guitar and commiserating about just how depressing life is. In fact, I feel these stereotypes led today's country artists to overcompensate and start producing songs that were much more similar to current pop songs. The new trend of 'bro' country and adding a significant amount of rap elements to country really takes country away from a lot of what made it great.

That's not to say it's all bad, there are plenty of poppy sounding country songs that are catchy as hell but I hesitate to even lump them into the same genre of country. With that being said, I wanted to share a few of the artists/songs I really like that I feel are bucking this trend and putting out some great music while staying relatively true to their roots.

Chris Stapleton is a fascinating story in country music. He was well known as a songwriter (having written six #1 country hits) as well as lending his own voice to both a bluegrass band and a southern rock band, but never broke through to the mainstream. Finally the wider world became aware of him when paired up with Justin Timberlake to sing the above song at the 2015 CMA's. You definitely won't find any over produced pop sounding songs here, just an amazing voice paired with some legitimate song writing chops.

He has released a few albums so far, Traveler and From a Room: Volume 1. were his first 2. Both of these are fantastic and almost have too many good songs to choose from. If you listen to the first song I linked and enjoyed it, you could try Traveler from his first album or Broken Halos from his latest album.

While she had released a few albums before, her breakout finally came with her most recent album, Hero. Almost every single has gone on to find success on the country charts, including 80's mercedes and I could use a love song. If you want a song not yet released as a single yet, go for Rich.

While The Civil Wars definitely do sound a bit more folk than country, they did win a country grammy so I am going to include them here. Sadly this duo has since split up but during their time together they put out a number of fantastic songs. There is an undeniable amount of chemistry between the 2 despite the fact they have never been romantically linked. Whether it was their first song, Falling, or any number of other songs they just pair really well together. I would highly recommend their cover of Billie Jean if you are looking for an interesting take on a classic song.

Sturgill Simpson was a surprise album of the year candidate at the grammys a few years ago. Seemingly coming out of nowhere to most of the public, Simpson has been around for a while quietly producing some pretty solid albums. If you want another song from him, I would check out In Bloom off of his latest album.

Yes, there is a lot of shitty country coming out these days but its not a reason to write off the entire genre. There a more than a handful of people out there still putting out quality music that is worth your time. Even a few of the more mainstream artists have songs that can surprise you, I actually really enjoyed Vice from Miranda Lambert so who's to say that the industry can't turn it around as a whole. I would love to hear any thoughts on songs you feel were left out, recommendations for me, etc.. Always happy to get a conversation going on topics I am passionate about, so until next time, enjoy the songs :)

*Image at the top from Pixabay