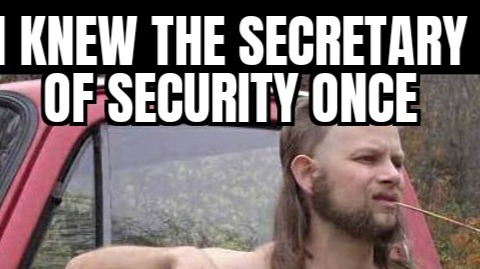 The Modern Hippy, Violent angry and without a cause

BLM flip it it is now MLB or Millenial Liberation Body

Listen to Jimi Hendrixs Watchtower it warns us of this!

The millennial mind set and why it's dangerous

I was doing a little digging and the millennial mind set has to be stopped. It can only lead to death. I found that a fully fledged millennial considers death as the easy solution and that in numbers they consume neighborhoods. They are loyal but only to their generation. The old teach new millenials by ignorance. They care for themselves and say it's in the name of love. They will say they are not entitled. Yet given the chance they will take an entire house so love between like minded individuals will group, as if they belong and always have. If a millennial feels as if it's a easy score. A home invasion is almost ensured and the loot is destributed. Like a real world rpg where everyone can be a victim and lose their stuff. They protect themselves with themselves and fight all those who stand in the way of their eqivilent of a free market. Problems arise when 80 is no longer a dieing age and 40 years is the age of elderly and defense is the only priority. If you have a millenial who you feel wount graduate generation x's equilvilent of jr. High. Then the option their choosing is how to survive. Crime is easy compared to work. And fat inheritances are used to party wheather it is theirs or their victims. A goal is to love more than the generations that brought them up. The problem is those generations are the victims and its considered a cleansing. Im reminded of a rise against song swing life away that sheads life on generation. The are open activists for the group to open their minds to the struggle. Means in the near future it gets bad like children of the corn bad.

all I ask is a generation protect themselves and stay healthy a flood is coming to destroy a world built around honest people.

Mining the ethereum is how I chose to describe this. If I had a dollar would I choose a life of extreme wealth. Wealth is determined by individuals. If a person came to my door to steal my wealth. I fight. If I have someone in my own family. I decide how will this person make a fate so against modern thought that it dooms my generations, and any after. If time repeats can a generation be forgotten or at we doomed to fall into uglier times.

I wrote a previous post about millennial psychology. This is a clear picture how people feel that this is a preparatory faze by civilization.

I thought I had written a post on the CIA  and FBI being heavily involved in churches globally. I truly believe this to be true. One representing JW's and the other Mormons.

The concept I believe the are instilling on global levels is if a person comes to your door preaching religion rebuke and defend your life because they want in and they aren't leaving without a fight.

These two groups as a nation wide defense are saying kick us out and we are going to comeback till someone's alone and then we are going to keep you out and kick you off your own property impersonating and dodging any person but our loot is the spoils if you make it out alive.

So a warning know who you know if you know what I mean.