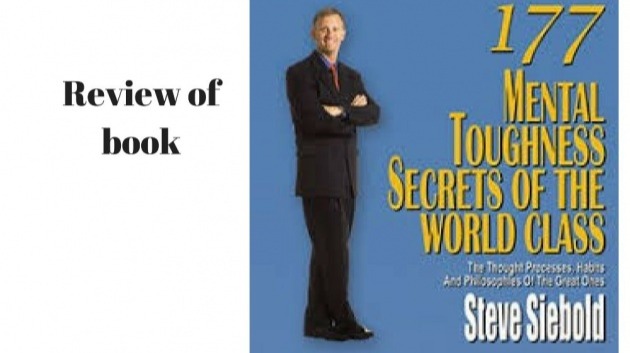 Review of book 177 Mental Toughness Secrets of the World Class: The Thought Processes, Habits and Philosophies of the Great Ones.

I hope you are in good health. The last couple of my blogs were of the book review of how to win friends and influence people. In this blog, I'm going to discuss the review of the book 177 Mental Toughness Secrets of the World Class: The Thought Processes, Habits, and Philosophies of the Great Ones. Well, I cannot discuss every one of them briefly in one blog, but I'm going to divide them in a couple of blogs and discuss with you briefly. Steve Siebold, who is the author of this book, is one of the greatest mental toughness coaches in the world. For years the author has met world-class business-mans, athletes, and people from different careers and he has discovered these mental toughness secrets which have also helped me a lot in my career.

Secret 30: The world-class is coachable 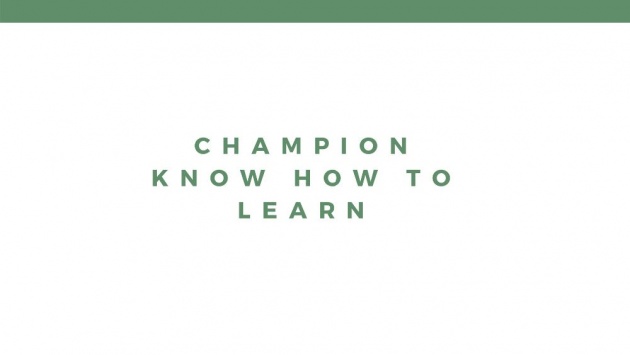 Champions know that the only way to maximize your potential is to hire a coach. They know that in the world, there are people who even how to do something even better than them. All the great coaches see one thing in the people, a flame, a burning desire to become a champion. Champion know that they can save a lot of time in the reinvention of the wheel, learn something that years of experience give you. Any goal you want to chase, find someone who is exactly like who you want to be and get coached by him. 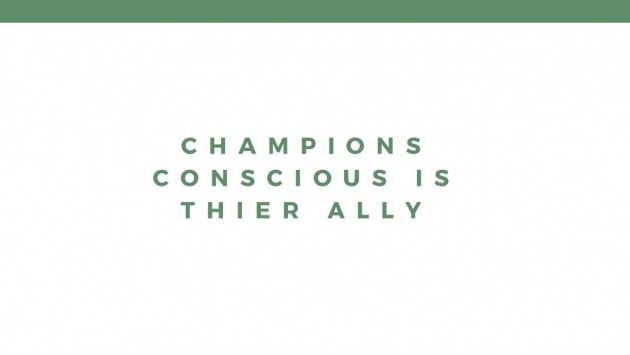 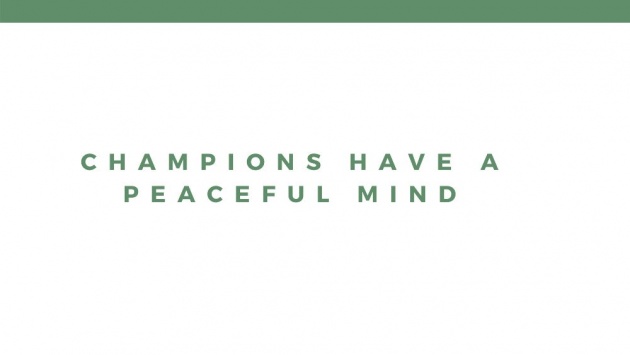 Masses may think that what people are going to think about the goal they have chosen, would I be able to achieve this goal or not?. While champions don't engage in this kind of self-talk. Champions only answer to one jury, that is their conscious. Champion need to know only one thing that the goal they have is achievable, once they know that there is nothing that can stop them from getting what they want. Champions even program their mind in accordance with their goals.

Secret 33: Common sense is the foundation of high performance 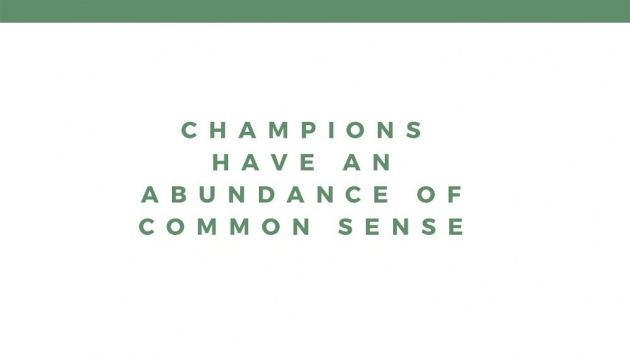 Champions know that success is simple. There is nothing complex in success, as average people think, whenever they are told that success is simple, they tend to start looking for the complex answer to problem-solving. While champions know the only way to solve a complex problem is to forget that it is even a problem. That means, that they don't think continuously that how to solve this problem, they just forget problem and the answer for all their complex problem come to them, while they are working out or they are in the shower. While average people don't understand. 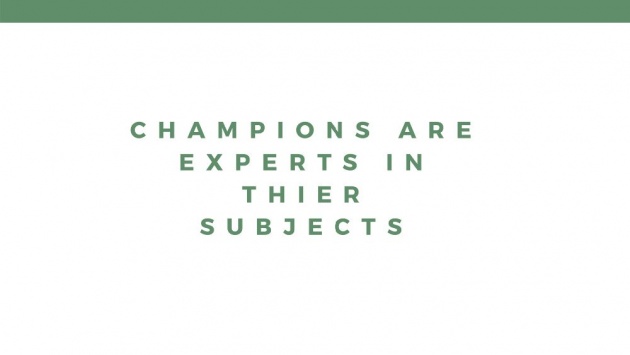 Average people, tend to want expertise in more than one subject. Which is something not everyone can have, and they end up being an expert in none? While champions know that intensity always out weight extensity. That is the reason why the champion is very clear about their goals and tend to focus only on them, and end up being experts in their subjects unlike average people, who are experts in none.

Secret 35: Champions develop bravery in the battle for their dream 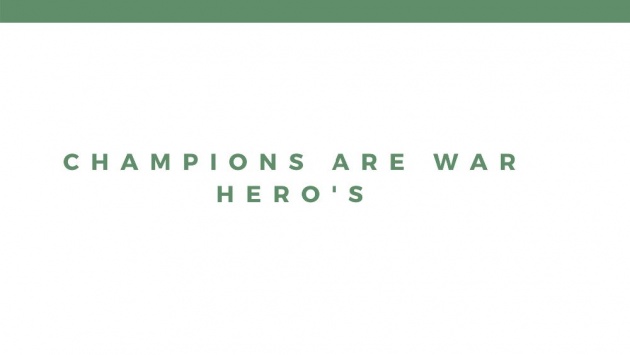 Champions know that the only way to be brave enough is to face your fears. All the challenges and adversities champion face is making them, even more, stronger and braver than they were. So, champion always becomes brave while chasing their goals and facing failure after failure and not giving up until or unless they get what they want. 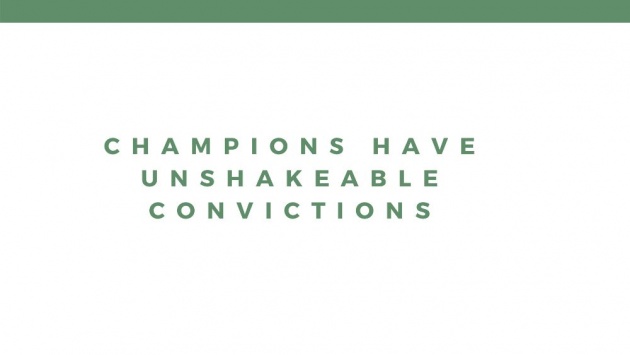 Champions are held strongest conviction about their goals. Their conviction is the only reason why failure cannot make them give up their goals. Champions hold conviction so strong that even people who can convince anyone to their ways of thinking, even they cannot convince them that their goals wouldn't work.

Secret 37: The great ones know the power of conversation 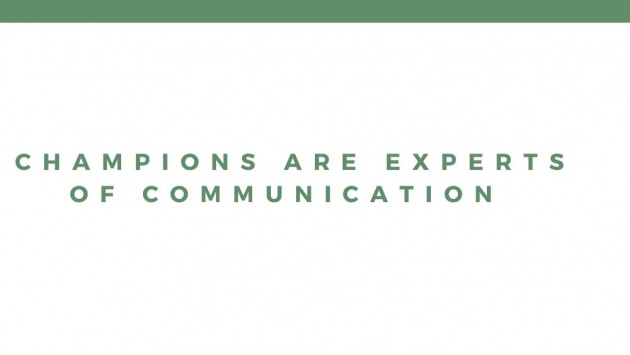 Champions know the power of conversation, they know that it is only through a conversation that a man can convince someone to help him. Champion invest most of their time in getting skilled in a conversation. Champions know that their success is some of their networks. If you want to be a champion learn the skill of interpersonal communication and you would be surprised that how easily you are able to influence people. 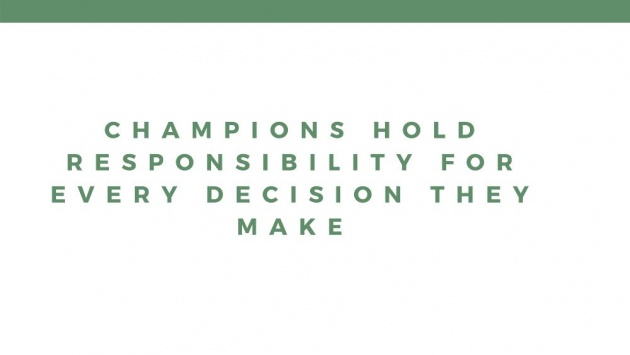 Champions know that at any point in time, where they are making a good choice or a bad one, it is all dependent on their decisions they have made in past. Champion are quick in making a decision even under pressure. Champion assume 100% responsibility of consequence of their decision.

DISCLAIMER: The views and opinions expressed in this blog post are that of the author and does not in any way represent the agency or department she currently belongs.