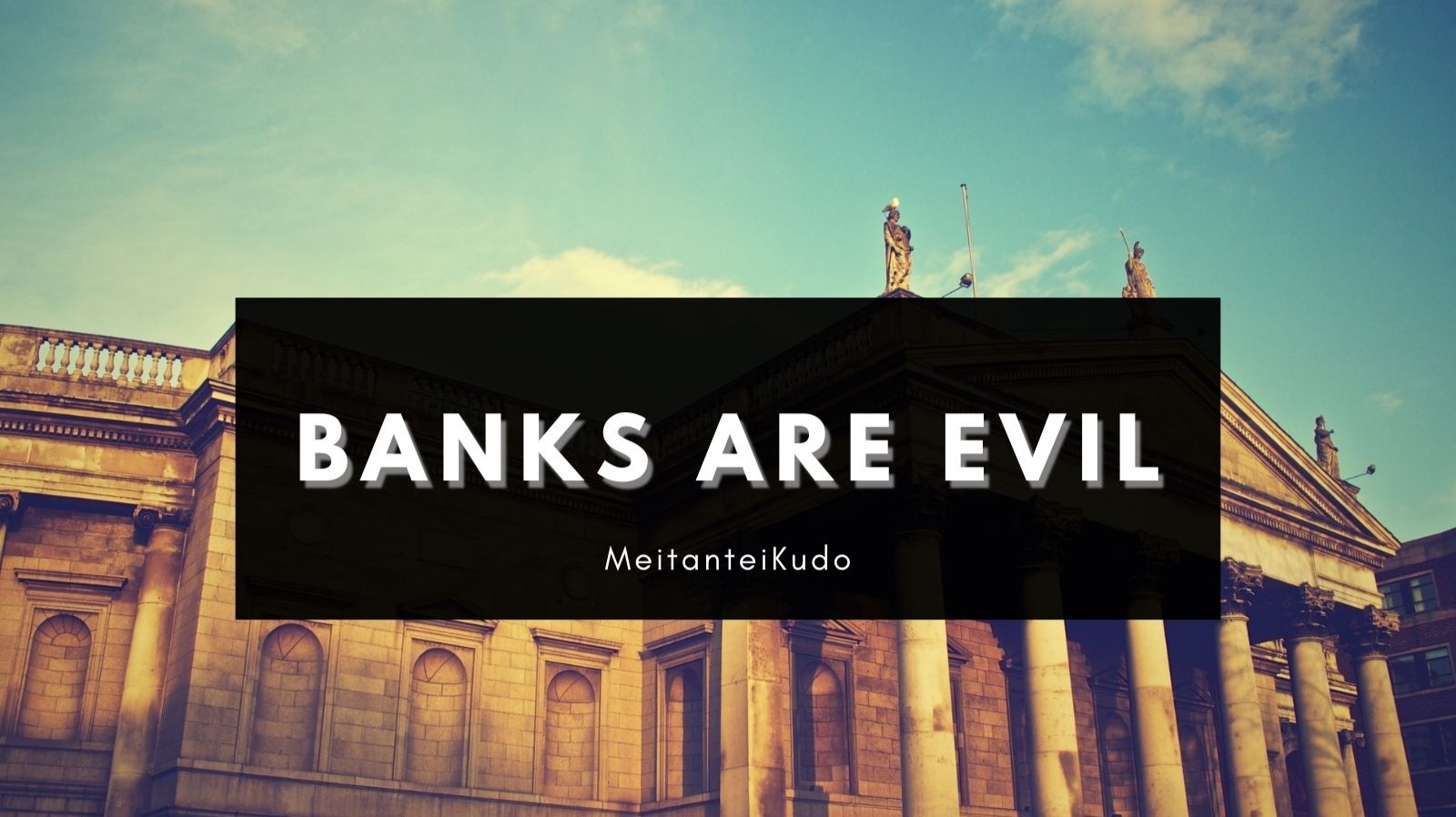 I really hate going to banks. If I can avoid it, I will never go to one. They are evil, like politically evil. Whenever I step into one, I can feel every fiber of my body crawls into something sinister. It really feels that I do not belong there and I would like to be done there the soonest time possible.

It's just amazing to think that you have to fall in a long line just to lend them your money. And you will have to wait in even a long queue just to withdraw your own money. Amazing right? 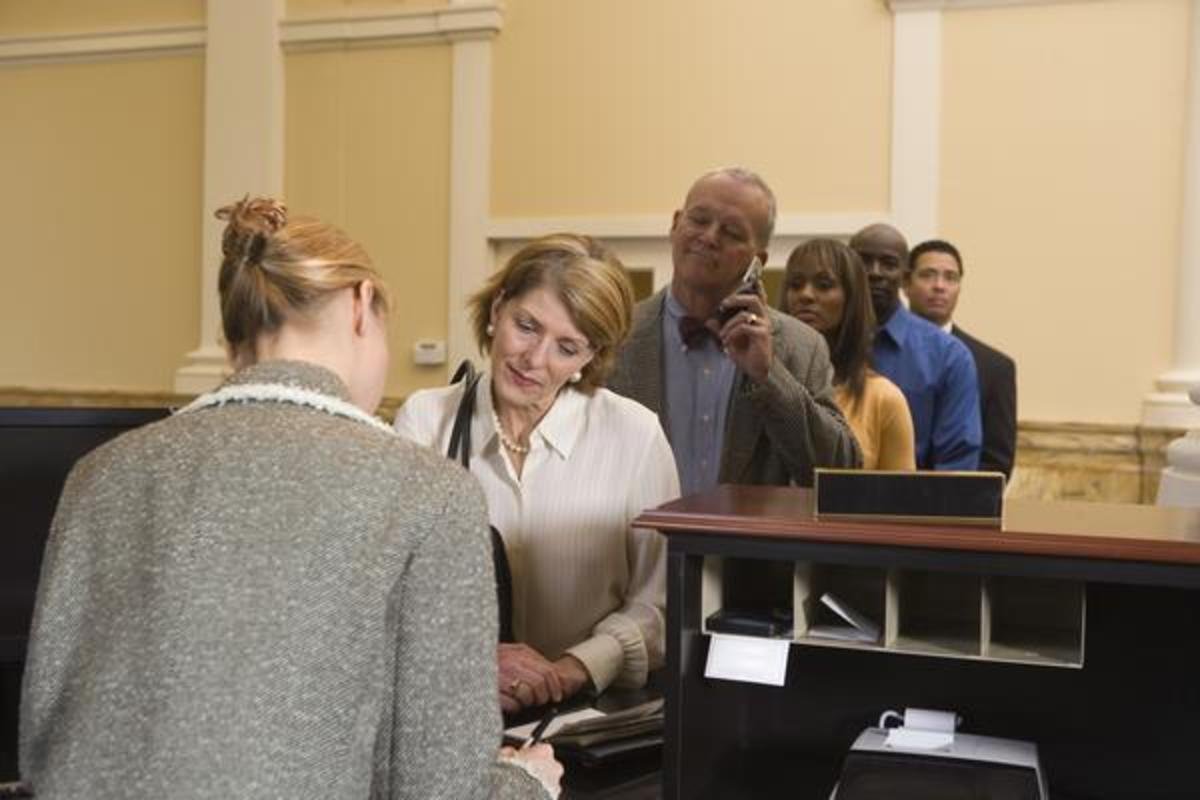 I am not really sure if that is part of their training or if being partially unwelcoming and rude is just a requirement for tellers. I mean, aren't we supposed to be your customers? Correct me if I'm wrong but you guys are supposed to be providing us service right? We are putting our trust, our money, and resources into your company so, shouldn't we be received graciously and gladly? Of course, I am not generalizing this, I know some people who work at banks and they are just superb in interpersonal relations but the majority of the tellers you will see in banks are like unhappy robots that are not that happy to serve you. Rarely do I see a bank teller smiling at people.

Well, I kind of understand them, bank transactions are almost non-stop, and the lines of people doing transactions seemed to be endless. But why is it like that? Can't the system be improved? Or are they doing it deliberately to deter more and more people from coming? I somehow feel for them, dealing with people all day is draining. I have also worked at a hotel's front office so I know how challenging it is to talk to people non-stop.

"We find ways..." as one of the bank's taglines. You find ways to what? Do you find ways to annoy us, consumers? Aside from going to the bank itself, they are offering some other channels of communication with them. Emails, calls, and online banking. These are some pretty impressive alternatives only if they are done right. But when these services also suck, you are just left with your head aching and your frustration all built up on top of your head.

Just a while ago, I was trying to reach one of the banks I use. I am trying to terminate a credit card subscription because despite of not using, not even activating the card I was charged an annual fee. No problem, I'll just pay that but I want to terminate the account. The first thing I did was email them. And good enough I received a response, from a robot no less. What am I supposed to do with that? Several days passed and I tried calling them. 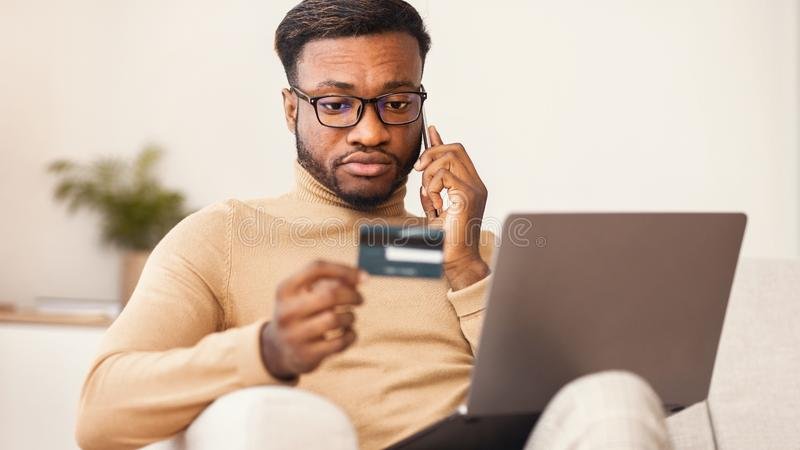 So I dialed the 1-800 number. First try, it's busy. Second try, busy. Third try, same result, busy. 100th try, darn it still busy. I was dialing for over half an hour and when I was able to get through the only one I could talk to is a robot. Fabulous. So I listened through all the recordings and all the menus the robot was offering. I listened to every single thing so I won't miss something important.

I chose the right selections, pressed the right numbers and I also keyed in my card number. After all of those, in the end, the robot will say that due to the pandemic they are prioritizing certain services only, and terminating an account isn't one of them. Wow. After all that hardships from dialing, to patiently waiting and listening to the poor quality recording, you are telling me that I have done all that for nothing? Seriously? And you are saying that I can't even talk to a single human being or representative? You have got to be f^&%ng kidding me! Trying to call them really is a nightmare.

I rested for a while because I felt that my head was about to burst in all of that frustration. I decided to just visit a branch near the office. As soon as I got there I turned back. The queue of the people waiting to be attended to is stretched unto the road. Oh hell no. I am not gonna do that. I went back to the office feeling dried up and the heat of the sun didn't help.

I resorted back to sending them emails. Yes, plural. I just hope I could get this stupid task done so I won't have to talk to them anymore. Ugh. Just, ugh!!

Anyway, I really don't hate banks that much. As it is today, they are an integral part of the economy. I also have relatives and friends working in banking so I really can't hate it. I am just saying that the system it's currently implementing is rotten and it could really be improved. Their customer service for starters.

But yeah, there is a long way to go before the landscape of banking is changed.