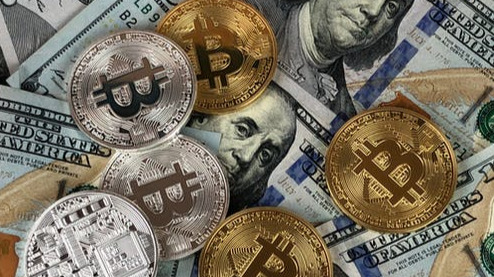 How Bidens Executive Order On Cryptocurrency May Affect Bitcoin Price

The recent announcement of Biden's executive order on cryptocurrency has caused investors and traders to panic, and it has created a debate about whether it will affect the bitcoin price. The move is being welcomed by many in the finance industry and the crypto community. In a statement on Tuesday, the Treasury Department said the executive order was "historic," and it called for U.S. agencies to align with foreign regulations. This could lead to the development of a new government-issued central bank digital currency.

The president's executive order comes just one day after another one aimed at improving oversight of cryptocurrencies. While the finance industry has welcomed the executive order, skeptics have criticized it as delaying much-needed regulation. The sweeping executive orders direct federal agencies to study the risks of cryptocurrencies and the impact on the economy, national security, and climate. Although the government has not formally weighed in on the cryptocurrency market, the action does raise important questions and issues.

The president's executive order on cryptocurrency is a milestone for the industry. It signals that the United States is paying attention to the booming industry. However, it does not mean that the government will ban or regulate it. The executive order simply directs the government to encourage technological developments and the creation of digital assets. As a result, the President also encouraged the government to study the proposal of creating a digital currency, which would be backed by a central bank.

The latest executive order aims to address concerns about the cryptocurrency industry. The order states that the U.S. government is looking at cryptocurrency and has warned about it in the past. While the order is not an outright crackdown, it signals that the administration is taking the crypto industry seriously and wants to regulate it. Furthermore, it does not change the long-term investment strategy, but it may create volatility and noise in the market. This may boost Ethereum's price and the U.S. dollar's currency.

While Biden's executive order on cryptocurrency is a positive step, it does not change long-term investment strategies. The order is unlikely to affect bitcoin's price immediately, but it may create some noise and volatility in the market. In the meantime, the announcement of a presidential executive order is a welcome step in the right direction. In fact, this is the first major regulatory move in the industry since the Russian invasion.

Biden's executive order on cryptocurrency is aimed at the national security and economic implications of digital assets. While the order does not change the long-term investment strategy of crypto holders, it does signal that the US government is paying attention to crypto. Nevertheless, the order will likely create a lot of volatility and noise in the market, but the overall effect is positive. As of Wednesday, Bitcoin has already gained 9 percent, while Ethereum has dropped by almost half.

The executive order was signed by the US president to study the growing industry of digital currencies. The order also directs key agencies to prepare reports on the risks and benefits of cryptocurrencies.

The order is also a good step towards regulating the industry, but it will take time. Moreover, it is a big step towards ensuring that the economy remains competitive. There are also risks, but the risk is relatively small compared to the potential for a full-blown meltdown.