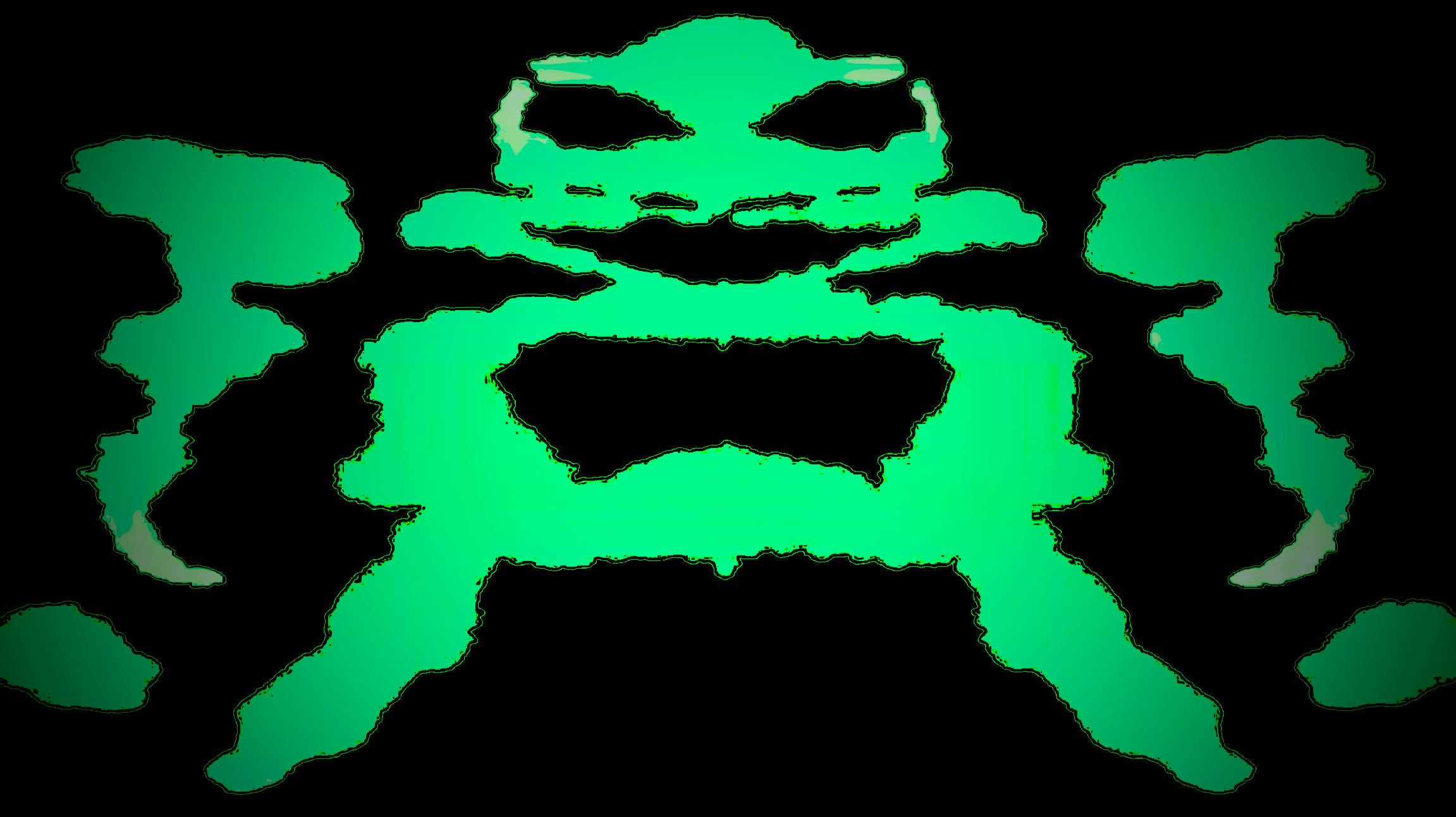 What did Arthur Fleck want? Meaning.  How was he going to get it? Control.

Over the past several days I have been watching thoughts and reviews for the Joker pour in, watching as everyone has been trying to supplant their own meaning into the film, which, I think, does tremendous credit to the film, even if you didn’t like it or thought it was too myopic.  What I find most intriguing about the film is its ability to shine a light on, not on contemporary society, not on incelibate men, not on the wealthy elite, not on the disenfranchised, but ourselves.  I have never seen a response to a film become so emblematic of a Rorschach test.  With every review, every comment, every critique, or every smear, what is eminently noticeable is the desire to make this film fit what we want it to fit, rather than letting it speak for itself, rather than letting Arthur Fleck stand as Arthur Fleck as best he can, in light of our exterior analyses of him and his circumstances.  In order to try and achieve that, I will be examining this film from a psychoanalytic perspective, I will be placing it within cultural contexts thousands of years old, and, unlike most reviewers, I’m not going to couch this perspective in today’s culture, political, or social milieu, but rather, a perennial milieu; a milieu thats mimetic pattern can be manifestly exemplified throughout time.

Ritual: The facilitation, for the initiate, of the acquisition of a new identity of a definite differentiation.  (Things Hidden Since the Foundation of the World; The Victimage Mechanism as the Basis of Religion; pg 29. René Girard)

From beginning to end, Arthur Fleck is undergoing a process, becoming something new, relieving himself of the trappings of his past in order to acquire what he wishes: Love, Respect, Fame, Recognition.  He begins the story as a shell of a man, wearing both a figurative mask and a literal mask, all while the reality of his being oozes forth from the windows of his soul in the form of tears from his eyes.  He is, to anyone with a sense for what a human being is and can be, a broken and deformed man.  His environment, removing the trappings of what they are (whether they be wealthy, poor, deformed themselves, men or women), is filled with individuals trying to one up each other, trying to get the upper-hand in every situation.  In doing so, they think they will relieve the burden of their current manifestation of being.  Arthur, unlike all those that surround him, either because of his medication or his psychological disorder, cannot see it, cannot see that people want what they want and not what they have, nor can they make what they have into what they want, but rather, they must control and manipulate that which is around them so that, in doing so, they may — perchance — get what they want.  Sadly, they never realize, in doing so, they are only perpetuating their suffering by holding onto that which they can never ascertain, can never overcome, which all of them see as the insurmountable obstacle in their life: their own existence; i.e. they want life to completely reflect themselves, which it cannot, ultimately, do.  E.g. in one scene, a mother on a bus doesn’t like those around her (particularly Arthur), so she controls her own child, manifesting in him her desire; in another, Arthur’s love interest deals with her child as though the child is a burden, and so reflects on Arthur, whilst in the elevator, her desire: her end — to forgo taking responsibility of her child; then there’s Arthur’s mother, who chooses to warp reality, for herself and her son, so that it might better fit her desires; and, in Thomas Wayne, who has taken it upon himself to reshape Gotham in his image so that it reflects what he thinks it should be doing, according to his desires.  Arthur cannot see this, Arthur is pathetically naive to the corrupted and malicious state of Gotham, even in so far as to think such people will be fair to him, will listen to him, will love him, will not try to make of him what they want for themselves.  Then, Arthur is brought to his moment of crisis.

Regardless of who they are, regardless of their place in the city’s hierarchy, regardless of their race or sex, regardless of their politics, upon the train, Arthur is attacked by three men.  These three men, in essence, are the dark spirit of the city made manifest, egging on what it wishes to consume, faced with, in Arthur, the pathological excrement that its modus operandi has produced.  The dark spirit wants to destroy the product of its desires, its insanity; in facing its insanity (Arthur), the dark spirit wishes to relieve itself of its own reflection; its own insanity.  And there, in that moment, Arthur begins the ritualistic process that sets him forth on the path of his own destruction: he seemingly kills the dark spirit, (instantiated in the three men) murdering them, cracking, for the first time, the shell of his pathetically naive being.  Following this scene, Arthur locks himself in a public toilet, a grimy, dark, dimly lit room, and begins a tai chi like dance.  The aptly named song for the scene, “Bathroom Dance,” has a crescendo that mirrors the new form Arthur is taking on, builds upon a tumultuously rhythmic drum beat, represented in the dances of ancient, ritualistic societies, and ends abruptly, sending forth the tenebrous current that echoes through the rest of the film.  Instantiated in this scene is the central problem of the film, is the core conflict: Mankind’s desire to relieve themselves of their burdens by trying to destroy them.  But Arthur, killing those three men, couldn’t destroy the dark spirit within them, couldn’t suffocate, through their death, his suffering, couldn’t, through their end, ultimately change the violent nature of humanity.  In killing them, like those that once cannibalized their enemies to ascertain their power, he opens himself up to the dark spirit of the city, allowing it to find in him a means through which its violent cycle can become fully manifest.

This is the epitome of the ritual, the sacrificial ritual that this entire film is truly talking about, giving us an insight into the murderer of the sacrifice, the sacrifice that would never suffice, who is murdered to engender in the murderer(s) some semblance of stability; but in committing the heinous deed, the murderer(s) foregoes the ability to achieve their ends.  Through this mechanism, the murderer can never acquire true stability.  In the subway, in the bathroom, there we see in Arthur what exists in all the other characters, regardless of what state it is in, or how successful it has been for them.  In that scene, we see the desire for control to keep stability.

Throughout the rest of the film, we slowly see this revealed: when Arthur murders his mother, he wishes to achieve stability over his past; when Murray Franklin uses Arthur’s stand-up routine for his own show, he makes Arthur a sacrifice to keep any semblance of despair away through mockery; when Thomas Wayne wishes to reform Gotham, he desires to sacrifice and exorcise the city of the same dark spirit that, though he cannot see it, is within him, which has culminated in the city’s despair and disfigurement; when Arthur kills Murray, Arthur literally makes a sacrifice of the one that figuratively sacrificed him; and finally, when Thomas Wayne is murdered, he becomes the sacrifice for a people that have scapegoated their own problems onto the elites who wished to help them.  This is a mimetic cycle of murder to ascertain stability and control, which only results in the need for more murder, as their desire for control is ultimately unquenchable.  No one in this film is good, no one in this film is going to solve their, or anyone else’s, problems; no one is honest with themselves in this film, with others, nor can they see the reality of their situation; no one in this film is the hero, no one in this film is the scapegoat.

This film is neither nihilistic, political, or, even though I have framed it this way, psychological.  This film is not Left against Right, this film is not the Wealthy against the Disenfranchised, this film is not the System’s Subjects vs the System, this film is not the Elite vs the Unseemly Underworld.  This film is, ultimately, religious.  It is the telling of an unbelievably ancient myth in the modern era: the myth of the sacrifice.  That is why I find this film to be like a Rorschach test, because in it, we see ourselves, we see our enemies, we see those that we wish to scapegoat, we see those whom we believe are right in being the sacrificers; we see and point at, in this film, our animus and our desire.  The Joker, Arthur, is only a villain, or hero, to those that cannot see how they are creating him, or to those who cannot see their tragic conclusion; the wealthy are the unjustified scapegoat to those who will not recognize their desire for control at any cost, or the justified scapegoat to those who cannot see that, in scapegoating the wealthy, they will never achieve their aims; the protestors are vindicated in the eyes of those who cannot see their lack of personal responsibility, and reproachable to those who will not hear their calls for recognition.  Truly, Sinatra’s song, “Send in the Clowns,” is almost too fitting, for in nearly every review of this film, sneer, or remark, there has been a failure to recognize it as it is, a failure to recognize, in their own remarks, the memetic process instantiated within the film.

In the end, Arthur, the Joker, fully underwent his ritualistic process, became deified in the eyes of the protestors, transformed from a man that, pathologically, could not control his laughter, into a man that could see the world, in its deformed and malignant state, as worthy of his laughter.  Arthur’s story is not one of reverence, is not even one of admonishment, Arthur’s story is a mirror to our own lives, to the lives of people in the past, and likely, to the lives of people in the future.  In the end, the Joker, Arthur, is only a victim in so far as we fail to see ourselves in him, we fail to see our part in his suffering, we fail to see our part in his response, we fail to see, in his choice, our own choice: violence, perpetual violence, in light of the love that could have been.  Arthur, like Humanity, wanted meaning, but only found that in violence, which granted him a semblance of control, but it was only that — a semblance of control.  In the end, Arthur controlled nothing, but, perhaps, he finally realized the true comedy of his tragic existence: Humanity is the Clown, Arthur, the Joker, is their reflection, and in sacrificing him, they are only sacrificing what is within themselves, which they can only deal with in themselves, not through him.  A society, a Humanity, that will not better itself makes violence its lord.