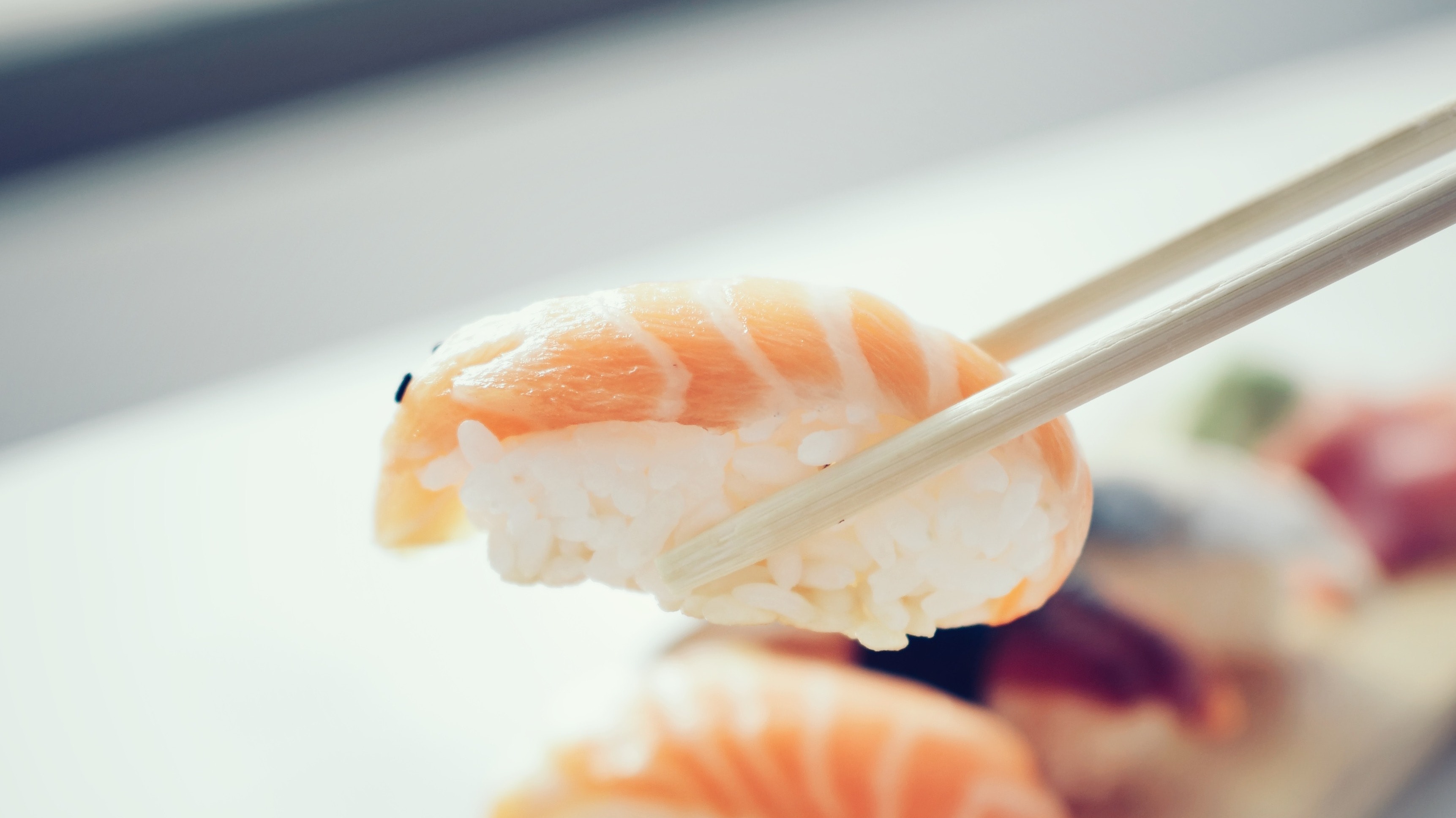 How a Billion Dollar Sushi business is launched

There has been a lot of talk lately about new Defi protocols coming up. A lot of capital has rushed to Defi backed tokens.

But just as Uniswap was becoming a household word, a new dish was being prepared. The sushi token appeared to come out of nowhere and began to capitalize on the liquidity providers supporting Uniswap protocol, and then dump Uniswap and move to its own Sushiswap protocol.

SushiSwap was announced on August 26, and promoted as an “evolution of Uniswap” making it more community oriented in terms of governance by the addition of a the sushi token.

But SushiSwap’s impending launch is not your run of the mill protocol launch, the startup will be taking advantage of what is called Vampire Mining, at the expense of Uniswap. Right now, those interested in participating of SushiSwap just have to deposit their Uniswap deposit tokens to earn sushi. And with those LP tokens the new protocol will then transfer control of that liquidity over from Uniswap. Therefore SushiSwap is expected to launch with high liquidity levels right from the start, at the expense of Uniswap’s liquidity.

You might think that strategy is a bit underhanded, but let’s take a look at the data on Uniswap liquidity according to Defi Pulse. 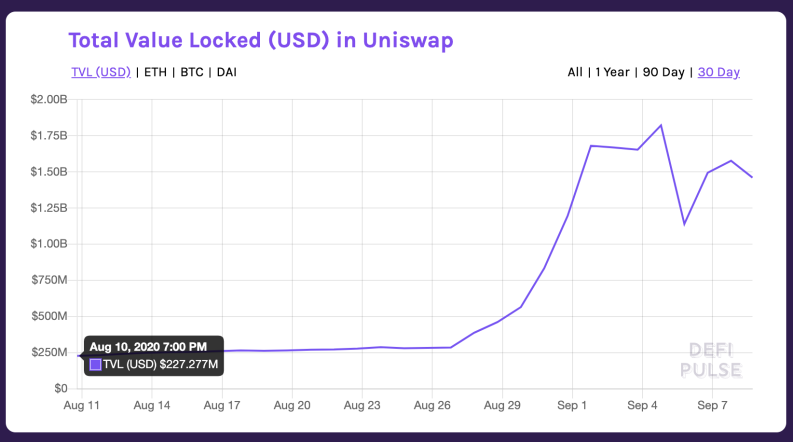 Two interesting points should be noted, on August 26 when the SushiSwap Project was announced the liquidity on Uniswap was just over $285M. As of this writing it sits at $1.459B. That is a rise of $1.174B since the Sushi protocol was announced. According to Sushiboard there are $1.211B of Uniswap liquidity committed to the new Defi protocol. That would mean that only some $37M of the liquidity that is migrating to SushiSwap from Uniswap was entered previous to SushiSwap’s announcement.

As you can see, even though Sushi has piggybacked on Uniswap protocol, it’s not likely that it will kill Uniswap, but just become its strongest competitor right from the start.

Another interesting sidenote is the exit of SushiSwap’s original mastermind, nicknamed Chef Nomi. On September 5 the near $13M in Sushi that were part of SushiSwap's developer funds were cashed out.

Following various arguments and accusations, governance over the project was relinquished to FTX CEO Sam Bankman-Fried who has called for the formation of a governance board to replace Chef Nomi as the leaders of the new protocol.

Tomorrow we’ll see what lays ahead for this novel Defi protocol. A lot of questions remain about what really happened, as well as the direction the new protocol will take. The only thing that’s certain is that a major shakeup in the Defi world is underway.