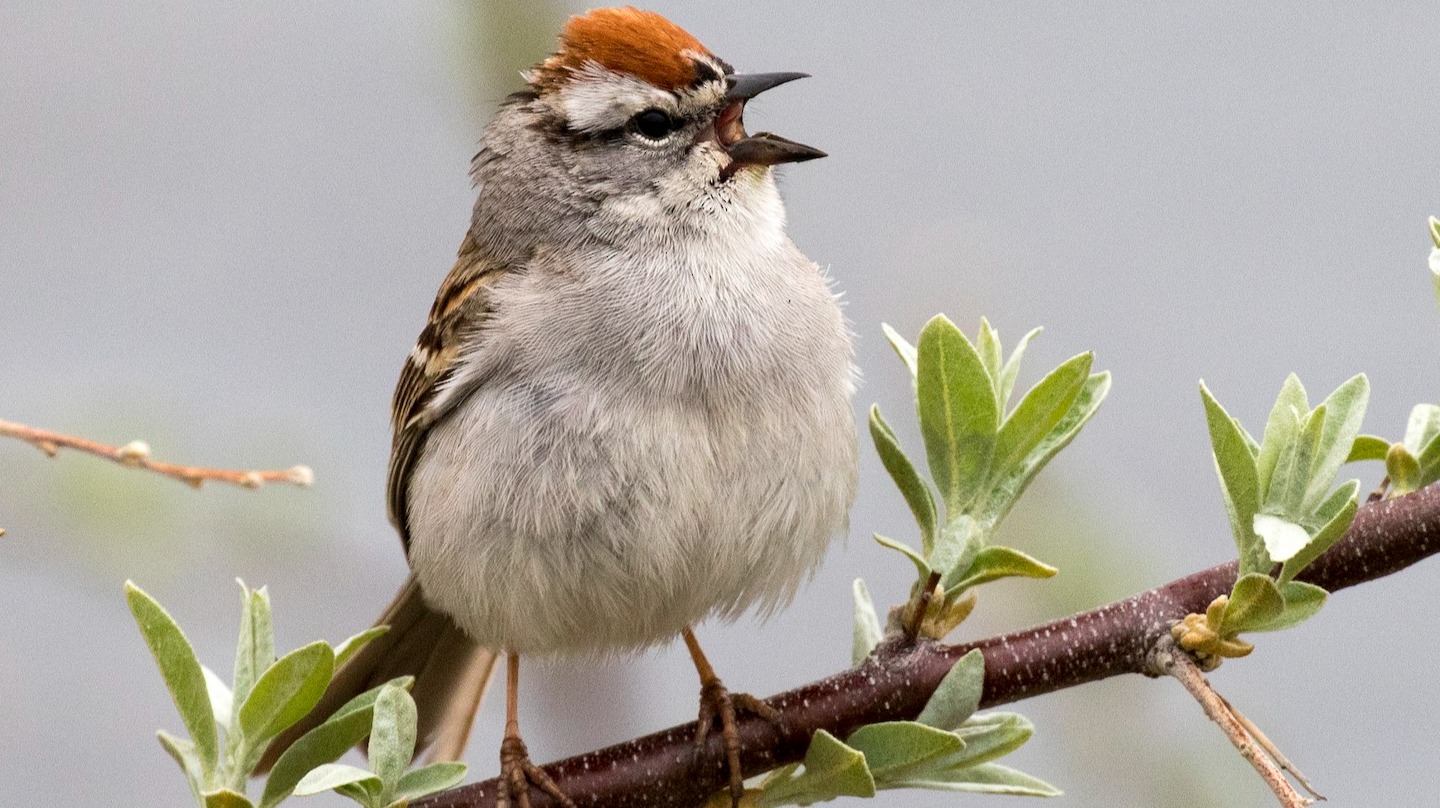 I’ve been waiting all spring for this! Well not quite like this, but still, I’ve been waiting for his return. This is the fourth year this gentleman has come to me for construction materials. Oh, you didn’t know I was in the building supply business? Neither did I until four years ago. It was a beautiful spring day in Central California. I was sitting on my couch reading with the door open to the back patio. The mimosa tree in my backyard was nearly fully leafed out but hadn’t yet started to flower. Perci, my collie, was lying next to me on the couch and Elvis and Emily, my pair of greater sulphur crested cockatoos were resting quietly in their cage.

Out of the corner of my eye, I saw a small dark spot flit about the floor and Elvis and Emily raise their crests and start to display. Moving slowly I finally was able to get a good view of the enterprising visitor. Master Sparrow was no more than five and a half inches long from the tip of his beak to the end of his tail. He was cautiously eyeing the merchandise from just barely inside the doorway. “Fur? No, I don’t think the missus will like that, but those white and yellow feathers just might make her happy. The powder down looks particularly good. Yes, I do believe she would like those.” He hopped over to the nearest small feather and then shot back out the door quite relieved to have survived his venture into the building supply store. A few minutes later he was back and this time the missus had followed him, at least to the patio. My Lady must have approved his choice of construction materials for Master Sparrow began in earnest to haul everything back home. Trip after trip he made as he collected up all of the powder down and small body feathers.

Finally he ran out of little feathers and Elvis and Emily hadn’t added any new ones to the inventory. By this time he had grown quite bold and would fly in, tour the living room and fly back out all while I sat quietly on the couch and watched. Apparently the little missus hadn’t finished with her decorating and had insisted that he bring her more of those pretty feathers to finish the job. He expanded his tour and made his way into the kitchen and I decided I’d better loop around to the dining room and head him back out. I didn’t want him getting stuck in the skylight.

The next day Master Sparrow was back and after doing the grand tour of the building supply house and finding nothing more appropriate he settled down next to a 10 inch flight feather. He hopped around it inspecting it from all angles and then snatched it up, jumped high into the air and crash landed in a bizarre somersault over his right shoulder nearly trapped under the gigantic feather. Dazed by the construction accident he zoomed frantically about the living room setting off Elvis and Emily who started screaming, flapping wildly and running around their cage alerting me to the near disaster, just in case I hadn’t noticed on my own. When he stopped seeing stars Master Sparrow zipped out the door and settled into the mimosa to contemplate how in the world he was going to satisfy My Lady. She had been most adamant about completing their home with all matching decor.

I watched him try several more times to pick up and carry that feather before he gave up on it and went looking for lesser materials to complete the homestead. When he finally left the building supply house I got the scissors and cut the feather barbs off of the shaft and left the new materials for Master Sparrow to find.

That was the first year and Master Sparrow has been back for new construction materials each year since. I’ve been wondering if he would return again this year and today he did. Although he came in by the bedroom door this time rather than the living room, I’d forgotten to open that one. I was in my office at the computer when I suddenly heard the dogs scrambling about and Elvis and Emily flapping like mad and decided I’d best see what they were up to.

Chewbacca, my giant malamute, was trying to corner Master Sparrow and Perci was trying to get between them. Now Chewy probably weighs in at around 185 pounds and is taller than the table even with all four on the floor. Perci is my small dog at about 80 or 85 pounds and try as hard as he might he was being totally ignored by Chewy who was bouncing over and around him as he eagerly greeted Master Sparrow. Thankfully Chewbacca is pretty well voice trained and recognizes our birds as being part of the family. When I got to the living room and made sense of all the flying fur and feathers I told Chewy to be gentle and he backed off a little. Master Sparrow darted through the kitchen away from Chewy and in his panic got caught up in the sky light, confused by his inability to fly off into the blue sky above.

I got the living room door opened and then quietly waited for Master Sparrow to make his way back out of the dining room. Poor Sparrow sat there in the sky light hyperventilating for about an hour before he finally got the nerve and breath to make a desperate dash for freedom. I do hope he will come back and get his construction materials. I sure don’t need them!

I have been called shaman, druid, witch, devil and many other things. What am I? I am a magical being not so easily categorized, boxed in or limited by names and roles. I love nature, animals, growth, learning, and liberty. I love life and celebrate it!