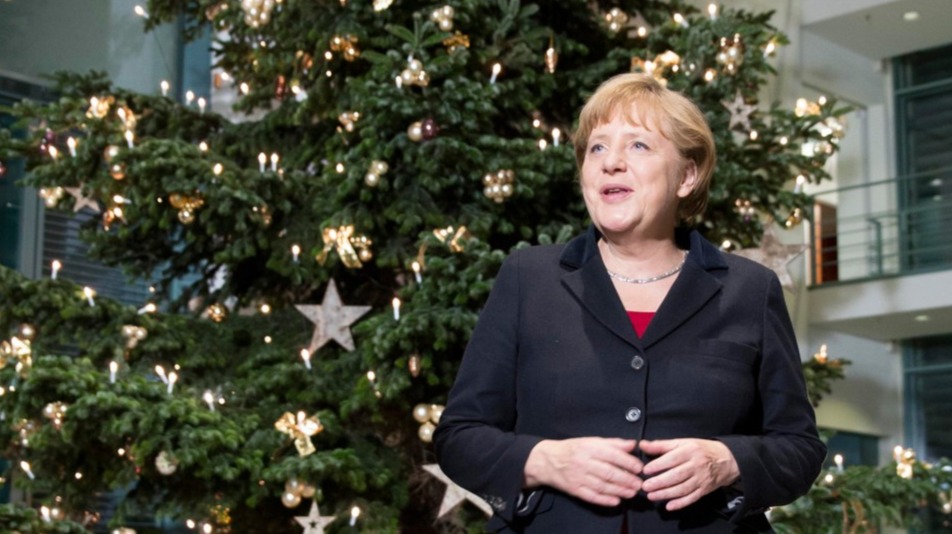 Things to understand with merkle trees

Merkle trees are smth that people already know (for anyone else, will explain them at the end of the article), but I'm sure you doesn't know everyyhing about. And NO, it isn't Angela Merkel's tree, that was only a joke !

I think you didn't click for reading why I've choosen writing this article,but for reading it, so I start it NOW !

M. Trees are widely used. let's see some of their most common uses.

When we delete many transactions, but we only should keep some, standard hashes won't run (it treats block as a single one file/data). With a merkle tree, we only have to keep "branchs" containing tx

When an hash will treat an entire hard disk as a big data, users will have to re-compute full partition hash (it might take hours for big hard disks) for editing a 100 bytes text note, a merkle root can treat files as single datas, so editing this same file will only involve re-computing its hash and parent hashes (=hashing less than some kB), that will only take a few seconds.

Each solution gives new problems (so researchers still have a job haha), and m. trees doesn't skip this share.

Like each tree (the trees with wood) has different branches, all merkle trees doesn't have the same branches, either it have same data or not.

This schema may help you with :

As you see, a same root shows that data are same, but a different root without seeing tree scheme doesn't say data are different.

2 - Not efficient for often checks

Because of we also have to store intermediary hashes (or at least path), using this model makes it more complicated.

I said it saved resources for creating checksum, but I forgot saying it wasted for checking. It's because of verifying data (with standard hash) is taking all the files, then hashing them, but with a m. system, we have to take files and compute p. hashes, and do it until root.

How does it run ?

Merkle Trees are a way for hashing data that allows adding data or deleting some without unvaliding hash.

For example, if we have a list of words : I, love, publish0x, I will take the hashes of these words :

then, I will compute the hash of these 3 hashes :

On a schema, it gives that : 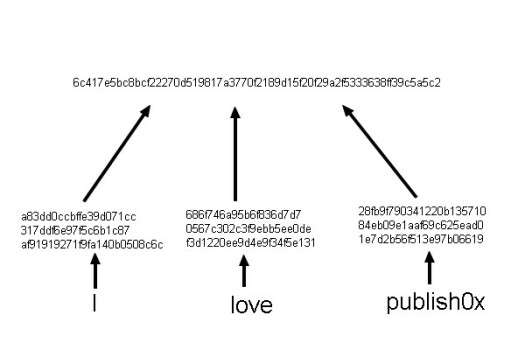 I said all I wanted to say. I hope that you learned smth in.

If you did, please give a tip and a like (it's very rewarding)

And if you see smth to add/improve, feel free of saying it in the comments