Mooniswap is the next generation of an automated market maker with virtual balances — enabling liquidity providers to capture profits otherwise captured by arbitrageurs - Puzzled by the front-running problem, Vitalik Buterin proposed using “virtual quantities” but in a slightly different context. The idea is fully realized in the Mooniswap design.

The new AMM is capable of keeping most of the slippage revenue in the pool by maintaining virtual balances for different swap directions. When a swap happens, a market maker does not automatically apply the invariant algorithm and displays the new prices for upcoming trades. The AMM improves exchange rates for arbitrage traders slowly, over approximately a 5-minute time period. As a result, they will be able to collect only a portion of slippage, while the rest will remain in the pool shared among liquidity providers. This we believe is a game changer.

The most promising aspect about all of this technology is that people who will provide liquidity to the existing pools are suppose to get from 50% to 200% more income due to redirection of price slippage profits. 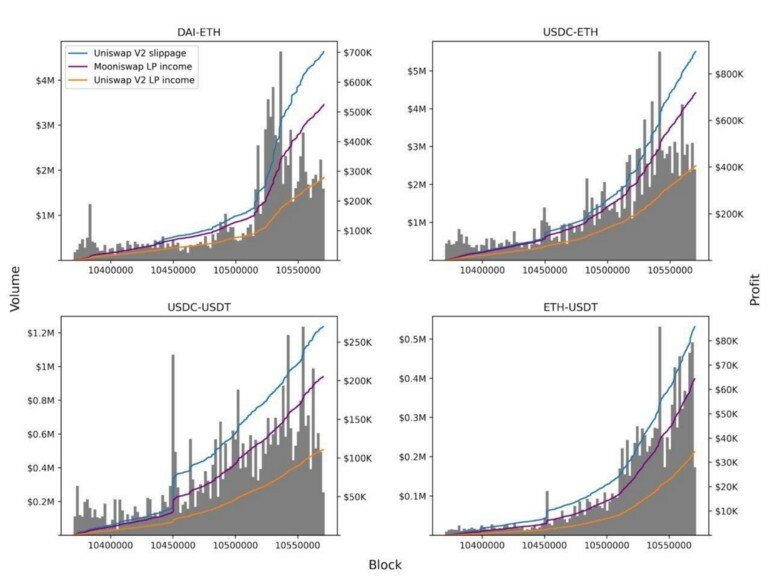 Also the base fee for the service will be at 0.3% for swapping but it can be lowered down to 0% according to 1inch.exchange team, which btw i did review earlier on here at Publish0x. So where i'm sitting at for long term exposure mooniswap is likely to take over the Uniswap business unless they are able to come out with more competitive model.

I will be doing full liquidity guide later on as the fees will go down. Since this is kinda unacceptable situation as of right now to deal with any type of supplies and problems existing in the platform. Thanks for reading my piece.