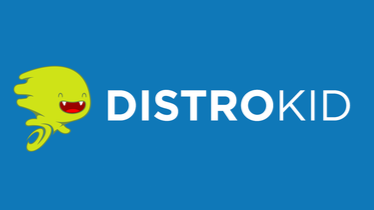 How To Get Your Music Onto Spotify & Apple with DistroKid!

So you want to get your music on Spotify, iTunes, Apple Music and every other popular music streaming platform?

Well for that you’ll need a music distributor.

Now there are a lot of companies offering music distribution, but we have found Distrokid to be the best option out there in the space.

Mainly because you only pay a set fee for an annual membership once a year, and DistroKid takes ZERO royalties from you.

This is huge, because as you know, it’s hard to spend money and time marketing your music only to give away some of those royalties to another third-party...it just doesn’t make any business sense.

Instead, with DistroKid, you'll keep all your royalties so that you can re-invest them back into your music.

Another thing that makes DistroKid really great, simple, and easy to use is the team feature for collaborations.

With the teams feature, you can easily set up the teams based on how the revenue will be split when collaborating on a track with other artists.

So let's say you work with two other people, and you all want to split the proceeds evenly.

If you work with another rapper and a producer, and you want to give half the royalties to the producer, you will give him 50% and give yourself and the other rapper 25% each. Super easy! They automatically split the royalties, so this way you don’t have to worry about it on the backend. DistroKid is also awesome because you’re paying for an annual membership, so you’re not having to pay every time you upload music. This essentially opens the door and allows you more creative freedom to be able to upload any amount of music that you want to all the stores. You're no longer limited by saying, "oh I have to pay $50 per album per year". Nope just one low fee and you can upload unlimited music.

Did we mention it's extremely easy to upload music? Distrokid.com is a very intuitive and easy to use site, and they also allow you to submit lyrics as well as give you free pre-release + pre-save landing pages, called Hyper Follow.

We can't give a full review without talking about getting paid and withdrawing your earnings! DistroKid has a "Bank" tab on their site where you can easily view royalty reports and see how much you've earned from each streaming platform. You can also easily click 'Withdraw Earnings' to have the money sent directly to your PayPal or your bank!

So as far as being an independent musician who wants to release a ton of music and keep his/her costs low, there really is no better option than DistroKid.

If you want to check them out or signup, use this link and you’ll save 7% off of your membership.

It’s an awesome deal which allows you to get your music out there on the largest music streaming platforms.

Thanks for reading, and happy uploading!

I'm a musician who loves enriching my life through the mental, physical, and spiritual!

The deeper aspects of life beneath the surface rise up through words. In this blog, I share my thoughts and feelings about life and ways to find more inner peace.