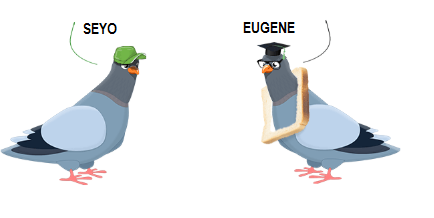 When we were kids, most of us were conditioned to aim success.

To always win and get the price. As we get along with life, we learn that not everyone are meant to be successful. Not everyone is entitled to reach the goal they set. And because of this, we felt disappointment, because the way our brains were program is to always keep the goal in mind. In our early stage of life,at school were told to take the test and make sure to pass, or better yet excel in all areas. These programming may have affected the way we look at life as grown ups. Who is always on the run to reach success.What is success may vary all of us. For some, it might meant the accumulation of wealth, others spiritual healing and enlightenment. But one thing is for sure, we are all thirsty and hungry of success at some point of our lives.Some say, the only way to reach success is to go to school, graduate with a degree, marry and live happily ever after.

This story is about reaching goals without conforming to the norms of everybody else.Just like Bill Gates, Steve Jobs and all other big names of people who went out of the regular ways to reach success. This story may not be as big as the ones I mentioned above. This is a life comparison of my two cousins, one who followed the norm and the other who went with his own way. Eugene is the oldest of the two, he graduated with colors in bachelor in science in industrial engineering. My aunt went all the way to support his studies just for him to graduate. And he did successfully made my Aunt very proud.And then he married his girlfriend and had kids. His wife is also a graduate of education. They were kind of religious people as required by their faith.Shortly after marriage they managed their own business, a printing press. The wife worked as some kind of agent or consultant and had a good salary incentive package. My other cousin Seyo on the other hand, the younger brother, dropped out of school in high school. He was not very bright and he accepted that.He got talents on cutting hair and creating hairstyles and so he applied to work as a barber. And luckily got hired in a salon in one of the big shopping center in the city. For the years of working as barber, he have been helping the family in it's finances. Soon he met his love of his life. She was a shoe store manager. Seyo who dresses like a professional and acted as if he is, even though he is not captured the attention of the woman. And she eventually fell in love with him.And soon they got married.

As you can see, both brothers, married the love of their life. People say, marrying the right woman is the only recipe for a long and happy life.A sustainable marriage with love. Eugene married a religious woman, who unfortunately had problems with handling money. For some reason they printing press business went down.And so they sold their equipment to Seyo. Seyo and his wife Beth decided to purchase it. Seyo's wife then resigned from her managerial job and started venturing with the printing press business. As someone who has background with management, she was able to regain traction and clients. While Eugene, instead of working in line of his profession has to work as manager for a gun store. His wife then worked for office rank and file. His wife started going to casino and betting.Little did Eugene know that she has accumulated a sum amount of debt. They soon had to sell their house and move unto a smaller one. While this happened, Seyo resigned from his job started his own barbershop.His shop went locally famous that he managed to build another one in a different location. Then another one and another one until he had his own chain of barbershop. With the help of his wife who knows all the business technicalities, he then started a tattoo shop and a machine repair shop.Between the two brothers, Seyo who did not even graduate high-school is now living comfortably. While his is still earning salary from his managerial post and yet barely able to live comfortably.

In life, we were taught to go to school and study to get a good job. But nobody really help us nor taught us to be financially literate and to be wise enough to see timing and opportunity. I've read Robert Kiyosaki's book Rich Dad and Poor Dad. And somehow the book had more lesson I have learn, compared to the years of studying books that are good to know but not need to know.Life is not all about success, sometimes it's about passion and right timing.