Robert Nozick was one of Harvard’s most distinguished professors, a president of the Eastern Division of the American Philosophical Association, and the author of several influential books. Robert Nozick quotes, while not as numerous as those of better-known libertarian thought leaders (Murray Rothbard and Friedrich Hayek come to mind) are nevertheless illuminating.

Nozick was born to Jewish parents in Brooklyn. (New York City has produced an inordinate number of libertarian thinkers. Esko, Minnesota had better step it up.) He studied at Columbia, Princeton, and Oxford, proceeded to teach at several prestigious universities, and settled permanently in Harvard in 1969.

Nozick published Anarchy, State, and Utopia in 1974. It is of particular interest to libertarians in part because it argues in favor of extremely limited state interference in private life. Nozick’s ideal, minimal state would be “limited to the narrow functions of protection against force, theft, fraud, enforcement of contracts, and so on.” Once a state’s influence extended beyond these spheres, it would necessarily begin to violate individual rights.

Anarchy, State, and Utopia doesn’t take so extreme an approach as advocating for anarcho-capitalism, in which social services would fall under the exclusive domain of the private sector. (There is indeed a good argument against putting JPMorgan Chase & Co. in charge of fraud prevention.) Nozick argued that any such society would develop into a minarchist state as dominant defense and judicial agencies inevitably rose to power. To Nozick, preventing those agencies from growing to the point where they might imprison an individual for collecting rainwater would be paramount for the preservation of liberty.

It is outside of our powers of summarization to present every other idea contained within Anarchy, State, and Utopia. Nozick did extensively explore the Lockean state of nature, in which all men are free “to order their actions, and dispose of their possessions and persons, as they think fit, within the bounds of the law of nature.” (Second Treatise on Government, 1689) In a departure from Locke, Nozick rejected the concept of inalienable rights to some degree. For example, in his worldview slave contracts are not by definition immoral – provided as they are also not coercive. In this utopia people could essentially do as they please so long as the non-aggression principle remains unmolested.

Nozick’s other notable works include Philosophical Explanations, in which he explores topics ranging from free will to the meaning of life itself, The Examined Life which includes a corking argument in favor of letting tax payers opt out of funding programs to which they are philosophically opposed, and Socratic Puzzles, a collection of essays on topics including the Austrian School of economics and Ayn Rand (the chief old bird of libertarianism herself). His last book Invariances: The Structure of the Objective World tackles the theory of truth itself. That’s really heavy, man.

We wouldn’t like to suggest that Novack’s works are impenetrable. They just aren’t exactly the kinds of books you’re likely to choose for your kid’s bedtime stories – unless you’re looking for a healthier, child-friendlier alternative to chloroform. 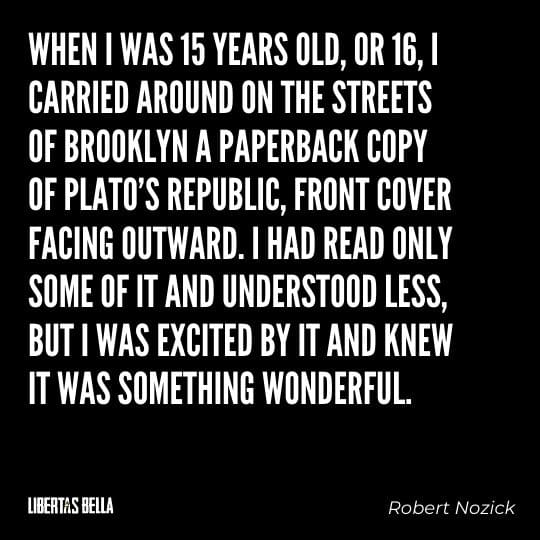 “When I was 15 years old, or 16, I carried around on the streets of Brooklyn a paperback copy of Plato’s Republic, front cover facing outward. I had read only some of it and understood less, but I was excited by it and knew it was something wonderful.”
– Examined Life: Philosophical Meditations pg. 303 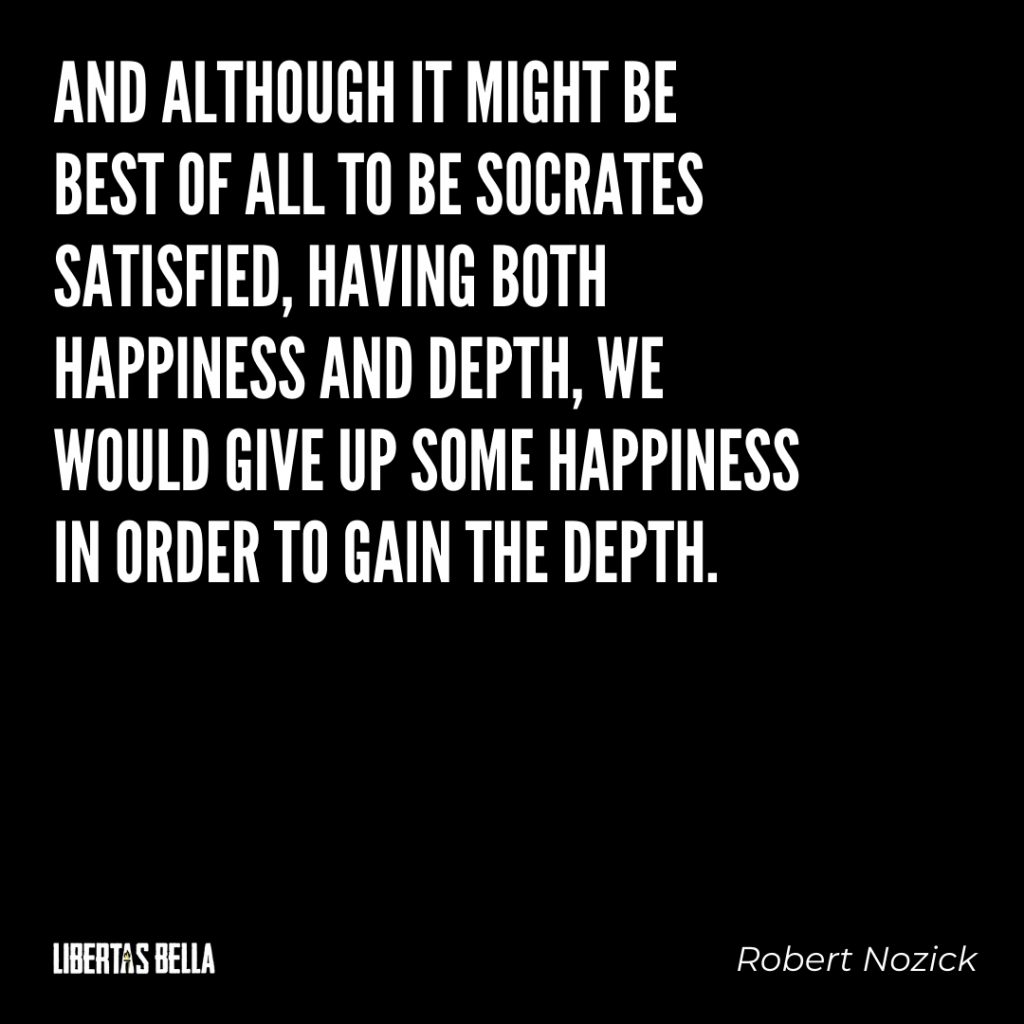 “And although it might be best of all to be Socrates satisfied, having both happiness and depth, we would give up some happiness in order to gain the depth.”
– Examined Life: Philosophical Meditations pg. 102 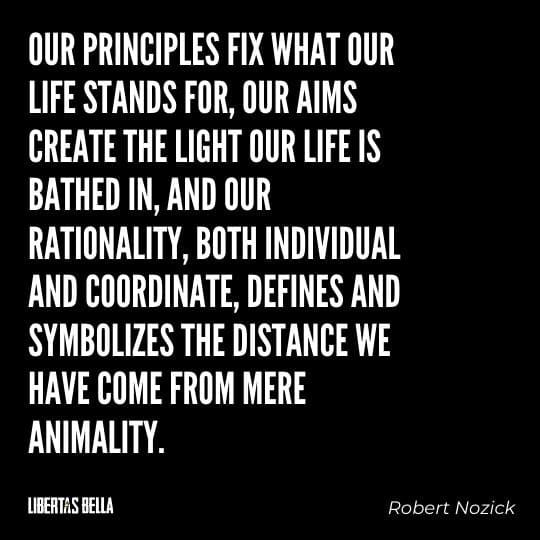 “Our principles fix what our life stands for, our aims create the light our life is bathed in, and our rationality, both individual and coordinate, defines and symbolizes the distance we have come from mere animality. It is by these means that our lives come to more than what they instrumentally yield. And by meaning more, our lives yield more.”
– The Nature of Rationality pg. 181 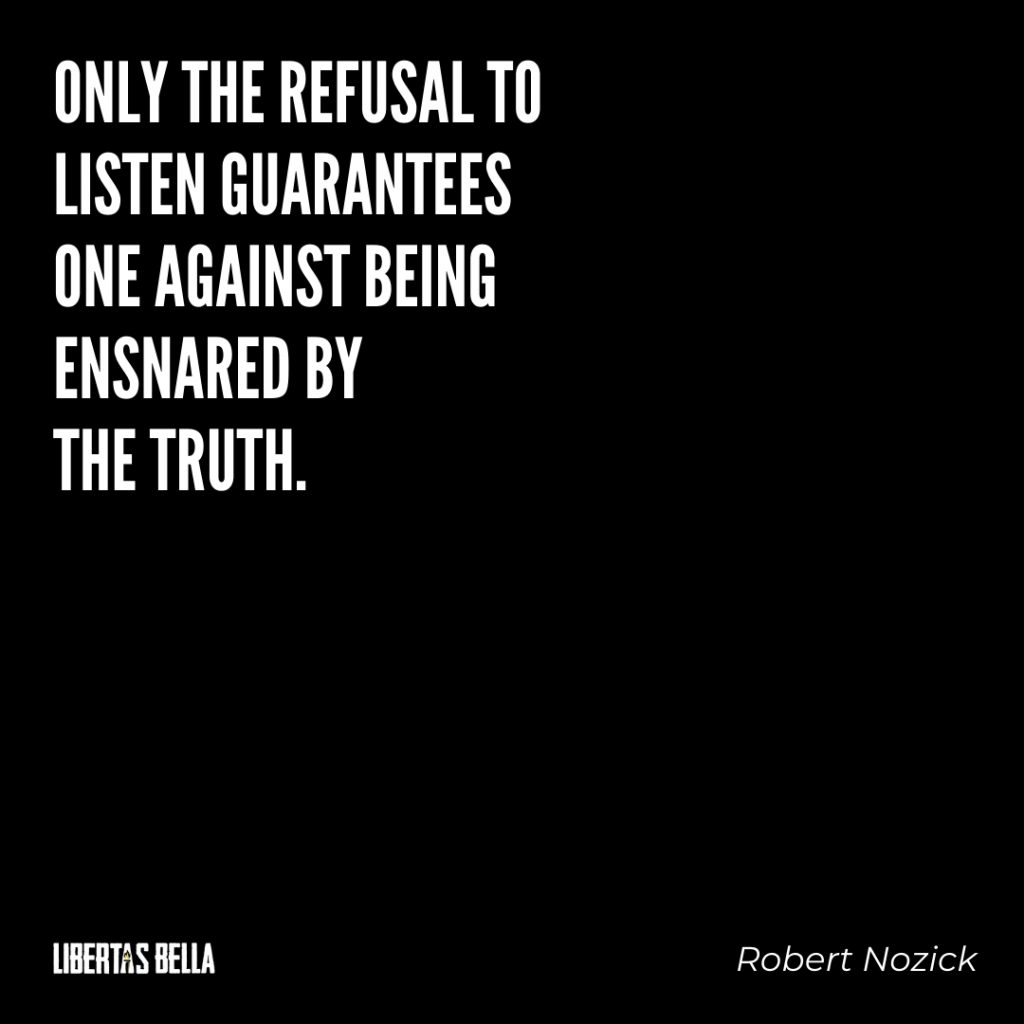 “Only the refusal to listen guarantees one against being ensnared by the truth.”
– Anarchy, State, and Utopia 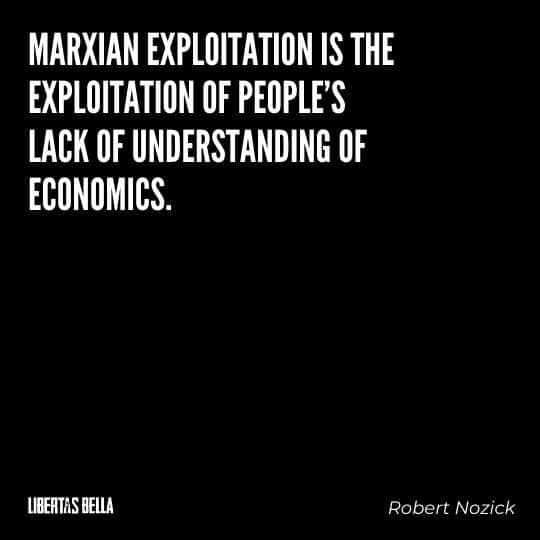 “Marxian exploitation is the exploitation of people’s lack of understanding of economics.”
– Anarchy, State, and Utopia