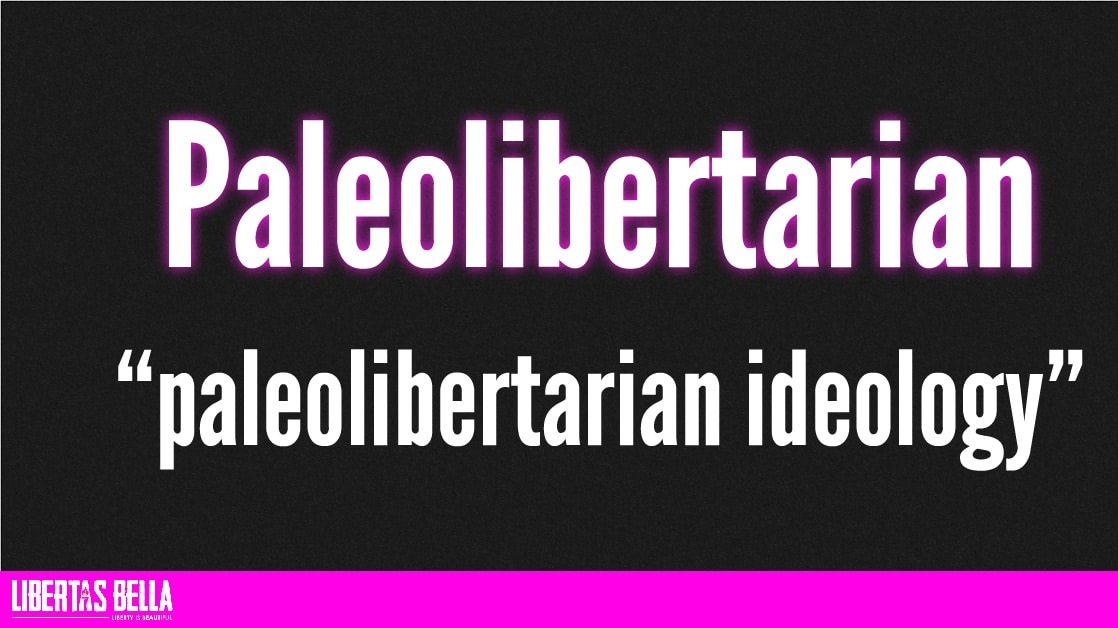 The paleolibertarian strand of libertarianism fuses traditional cultural values and philosophical values with the standard libertarian antipathy of government intervention into private affairs.

The Etymology of Paleolibertarianism

Paleolibertarian thought emerged out of a well-established classical liberal tradition that put private property and market activity on a pedestal. The “paleo” qualifier is used due to how the paleo libertarian ideology has its origins in classical right-wing thought.

19th century classical liberalism and the Old Right largely influenced paleos. British historian Lord Acton is among the most prominent intellectual role models for paleos due to his opposition to centralized state power. This tradition of pro-small government views would be maintained by the Old Right in the first half of the 20th century. It became known for its opposition to the centralized managerial state and the missionary foreign policy the U.S. adopted since World War I.

Several politicians such as Howard Buffett and Senator Robert Taft  and writers such as Garet Garret and Albert Jay Nock espoused these principles. Paleos would later champion the aforementioned figures’ ideas.

Many proto-libertarian pundits and theorists started to gain notoriety during the New Deal. Although she was no libertarian, the Objectivist author Ayn Rand would also be a major source of inspiration for many paleos. Her free market beliefs made her popular across the majority of libertarian sects.