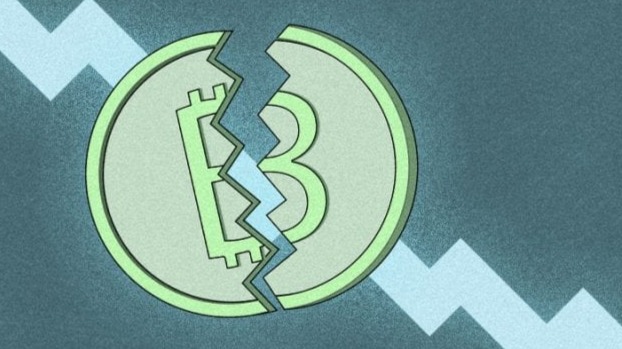 This too shall pass - Crypto Bleeding

During this week especially Wednesday and Thursday, the Crypto Markets were anticipating the FOMC announcement for the great move.

But during this time, with a lot of panic, there were more sellers and all the Altcoins were badly sold off, but during these time, the BTC was showed some stable.

As no one wants to take risky trades with altcoins and people are sticking with high cap coins like BTC and ETH If the FOMC announcement is unfavourable!

With an initial surprise, when the announcement were made, there was an initial push for the markets which showed some strength and the markets were started to nosedive.

As people start to understand that the inflation stands at the all time high, there would be hard time ahead, we could see the bleeding in the markets. This would add the worrisome factors such as job datas to come as well. The increased crude oil prices and the continuance of the war between Russia and Ukraine would not let the markets to stabilize but would drag down further.

By the time, BTC trades at 36117 USD and has a strong support level at 35K. BTC has fallen down to 8%, one of the biggest intraday fall since April 11 this year. On the other side, in a similar style, ETH has also fallen ~7% are currently trades at 2700 USD.

There we need some more time to digest the decisions of the Central Banks to contain the historic inflations with historic hike of interest rates!

If BTC might break down to 35k which is a strong support line, and if this happens, altcoins would all get wrecked and we could only expect the worst to come.

According to the Coinmarketcap.com's data, the following were in the trending curve, and the global crypto market cap is USD 1.65T, which lost 6.18% from yesterday.

According to the Market Cap, the Top 5 coins position is as follows:

All that I would say is this too shall pass!

We should all have a conservative portfolio and should run in a longer run.

We all need more courage and determination to face this stiff challenge!!

See you again in the next article!