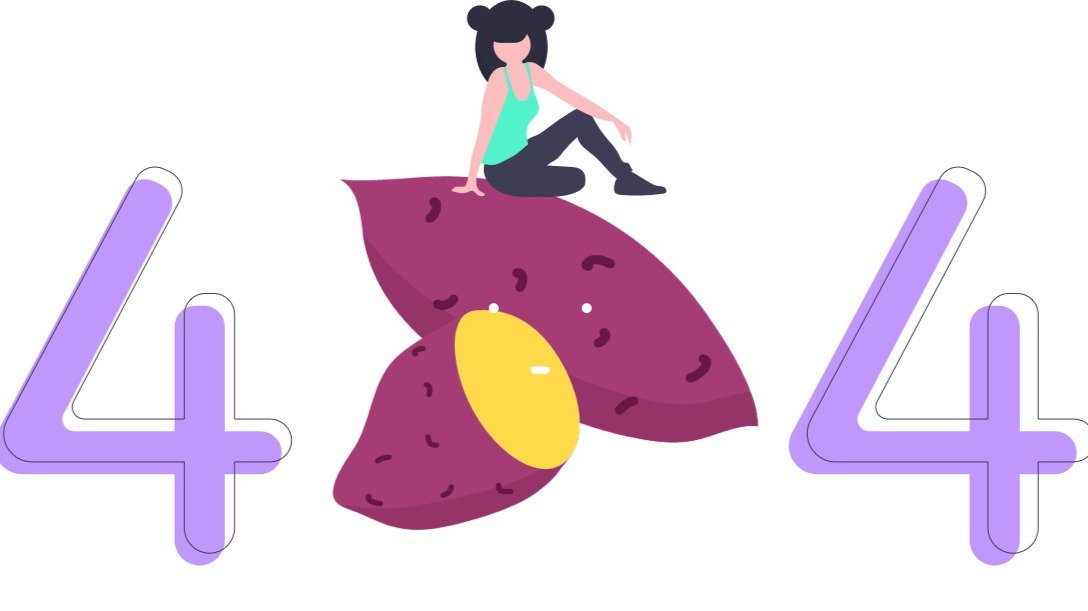 You may have been watching closely the last episode in the series of exploding DeFI protocols. Or you saw it go by without even realizing it or really understanding it. Here is a little summary of the epic (or not) epic of YAM Finance. 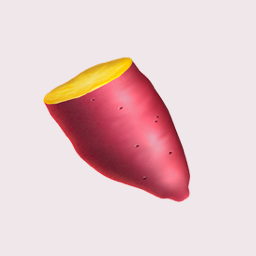 It all started Tuesday at 7:00 PM UTC. The protocol distributes the governance token $ YAM. To obtain these $ YAM you must be a liquidity provider (LP for Liquidity Provider). This consists of staking one of the following 8 tokens: ETH / AMPL Uniswap v2 LP tokens ,, LEND, LINK, MKR, SNX, WETH, YFI, SNX and COMP 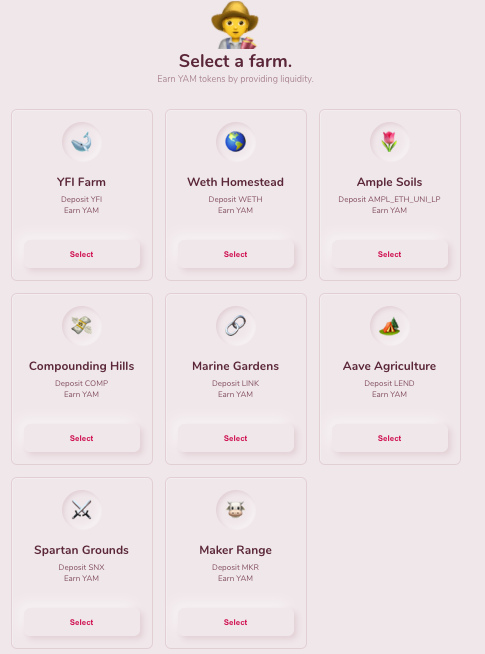 The response to the announcement of this new protocol has been incredible with over $ 550 million blocked in less than 24 hours.

If you didn’t see this project go through, you probably saw a huge pump for the majority of tokens that could be staked to get $ YAM.

If you use the Ethereum blockchain you have also surely observed the incredible increase in the price of gas.

Everything was going for the best and the protocol was a huge success despite some big black spots:

- The $ YAM is a governance token without values (in theory)

- Elastic supply like Ampleforth, which tends to reach the value of $ 1

The positives were as follows:

- Automatic purchase of yCRV for storage in the treasury

- Fork of the Compound governance module This ambitious project was a meeting between Ampleforth and more classic projects such as Curve and Yearn. To put it simply, at each rebase, part of the $ YAM generated would be used to buy yCRVs and thus reward the LPs. The use of accumulated yCRVs had to be decided by users through the governance token $ YAM. Because yes, let's not forget the $ YAM is initially only a governance token!

The 1st rebase went well. As always with an elastic supply protocol, people have yelled at Scam, not understanding how it works ...

It was therefore necessary to react very quickly because the next rebase had to take place less than 7 hours after the discovery of the bug. The developers have therefore launched a call for users to delegate at least 160,000 YAM in the governance system in order to modify the protocol's smart contract. 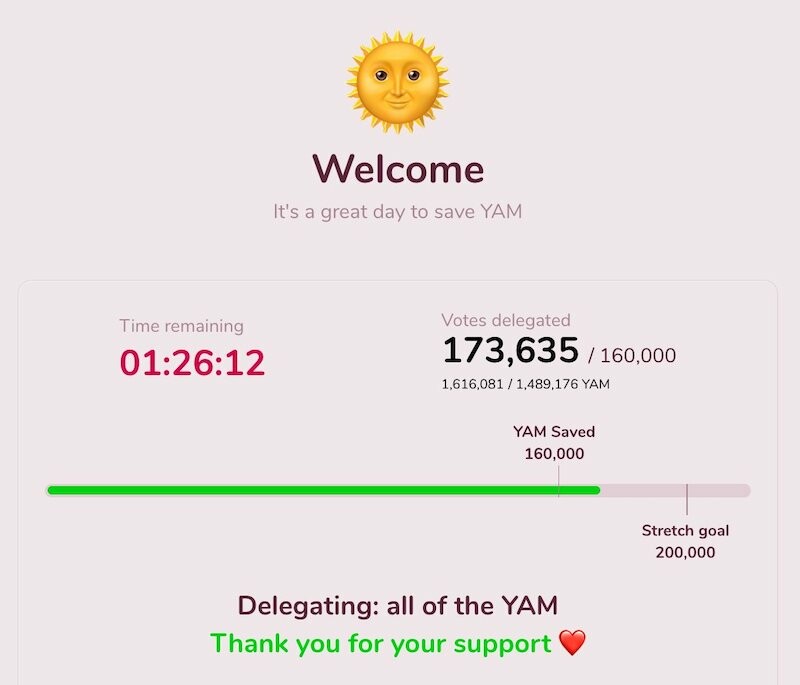 This quota has been reached and a governance proposal has been implemented. Unfortunately a bug in the runtime occurred and this did not correct the original bug.

This failure tells us a lot about what is happening in the Challenge at the moment. First of all, you have to be very careful. This kind of unaudited protocol is a double-edged sword.

Everything can work properly and the profiles can be there. But everything can go wrong and you can lose everything in a few seconds. Everything went very, very quickly. Most users have certainly made it a sleepless night to stay informed and react accordingly. This is not for everyone.

As said above, the price of gas has exploded and the price for a quick transaction has climbed to 400 gwei. Some users have therefore lost a lot in transaction fees, because they had to staker, claim their rewards, delegate and then withdraw their stake… This could very quickly amount to a few hundred euros just for transaction fees.

The more cautious therefore did not necessarily lose everything, apart from these costs and perhaps some temporary losses if they bought the tokens that it was possible to staker. Because the latter have been dumped following the failure of the YAM finance protocol. The biggest losers are those who bought $ YAM without farming it and couldn't sell it back before the rebase. Or the people who put their $ YAM in the Uniswap pool despite the developers' warnings. Greed has its weaknesses ...

But there are still some great things to take away. The community has been incredibly responsive, and users haven't been shy about paying huge fees to save the protocol.

A Fork and a V2 version are already in the pipeline with the support of major players in the Defi to help correct the bugs in the protocol. A scholarship on Gitcoin is also considered to finance an audit. We will definitely be seeing the sweet potato again in a few months. In the meantime, be careful and educate yourself before embarking on such projects.