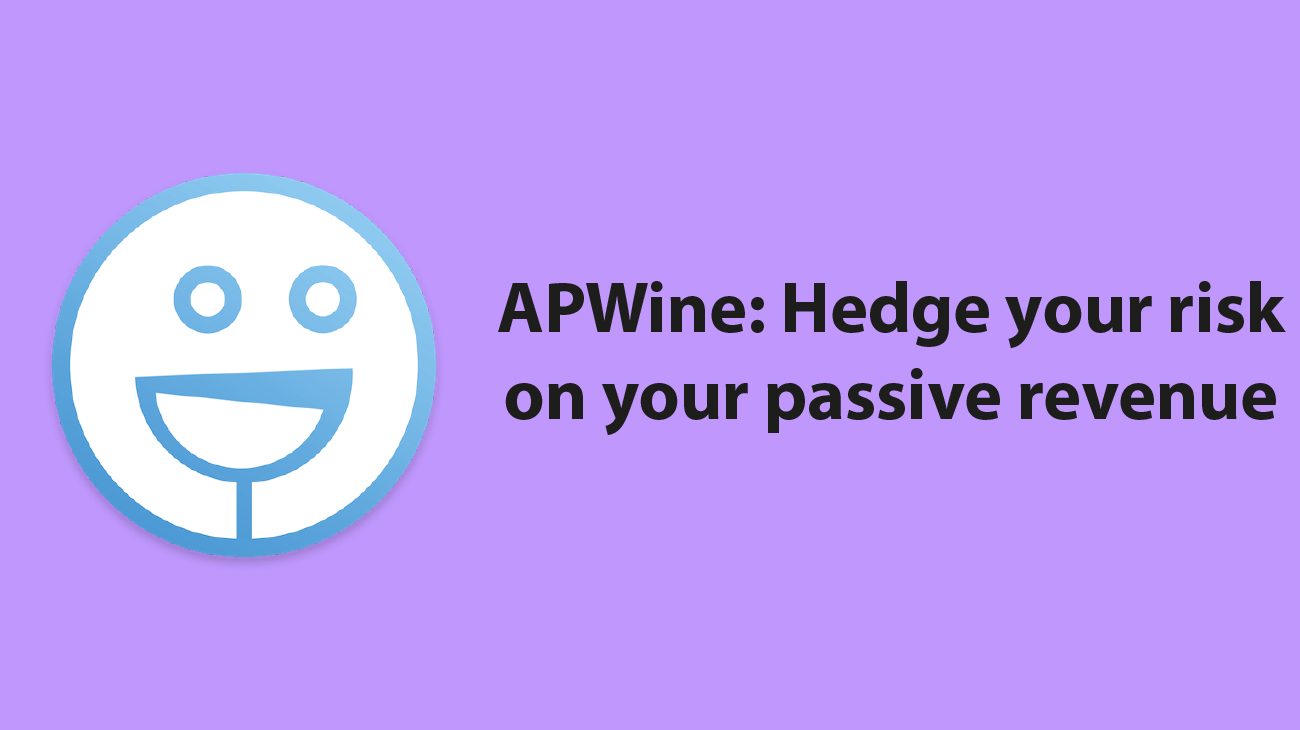 A new article to introduce you to the crazy 3 French project. At least which shows the almost infinite potential offered by DeFi.This protocol is mainly intended for people who already have a foothold in DeFi, since it requires knowing how to use, or at least understand, protocols like Compound or Aave by Indeed, we have already seen in previous articles how Compound and Aave can be used to earn interest on your cryptos and thus obtain passive income. All you have to do is lend your cryptos so that other users can borrow them and pay you interest. 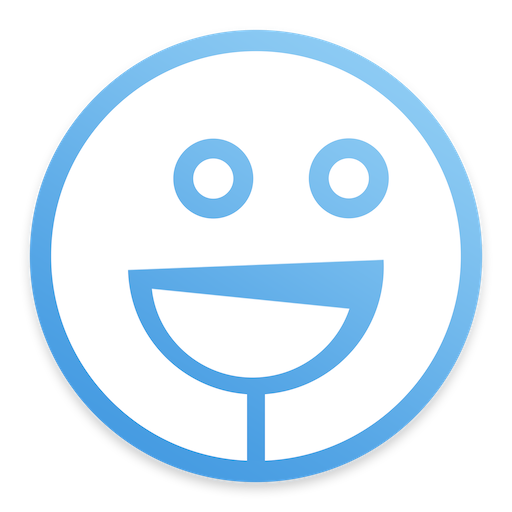 APWIne.finance goes even further and opens up the possibilities a little more, since it offers to sell / buy or even exchange your future interests.

How does it work

It might sound pretty abstract and complicated, and to be honest it took a little while and a few questions to make sure I got it right. As always I advise you to read the white paper carefully to understand all the intricacies of the protocol.

We will take a simple example:

Bob has 1000 DAI and he wants to place them somewhere to generate interest.

Normally Bob would stop there and wait patiently, say 6 months, to recover his interests. But with APwine.finance, Bob can use the cDAIs he has obtained (which symbolize the DAIs he has loaned) and lock them in the protocol for a period of time he can determine. Let's say 6 months.

For 6 months Bob will therefore not be able to touch his cDAI '(since they are blocked in the protocol). But in exchange he will receive "Future Yield Token" which represents the future interests he will earn during the next 6 months.

What is new about APWine is that BoB can now sell or exchange its tokens; therefore its future interests.

Everyone can see different interests. But here are 2 examples:

- Let's imagine that his 1,000 DAI would have brought him $ 50 over 6 months (therefore 10% per year). By selling his future interest upfront, Bob can get that $ 50 right away (provided he sells his "future Yield tokens" (FYT) for $ 50). This therefore allows you to obtain your Interest faster. And to protect yourself from changes in returns by selling your FYTs to be able to get rid of this risk. That is, “hedge” the risk of fluctuating returns.

- Another option is to speculate on these future interests. Protocols like Compound have varying interests. So over long periods it's more difficult to predict what the% interest will be. In the previous example, Bob thinks he will earn 5% over 6 months, so he wants to sell his tokens for $ 50. But Alice thinks the% interest will go up over the next 6 months. She therefore buys Bob's tokens, hoping to be able to recover more than 5% at the end of the 6 months.

Like most DeFi protocols these days, the protocol will distribute its own governance token, the APW. This token will be distributed to users of the protocol and will allow them to make decisions about modifications to the latter. APW owners will also share a small percentage of the interest generated by other users. What to encourage to use the protocol and especially to keep its tokens.

Testnet: Try it out by yourself

They have just launched an Alpha version on the Kovan Test Network. That is, they are not real tokens, at least they have no value. So you can “have fun” and test the protocol. This will allow you to better understand the different steps.

A complete tutorial is available on the site. Here are the main steps quickly.

3 / Your Dashboard summarizing your cDAI, deposited, blocked or in your wallet 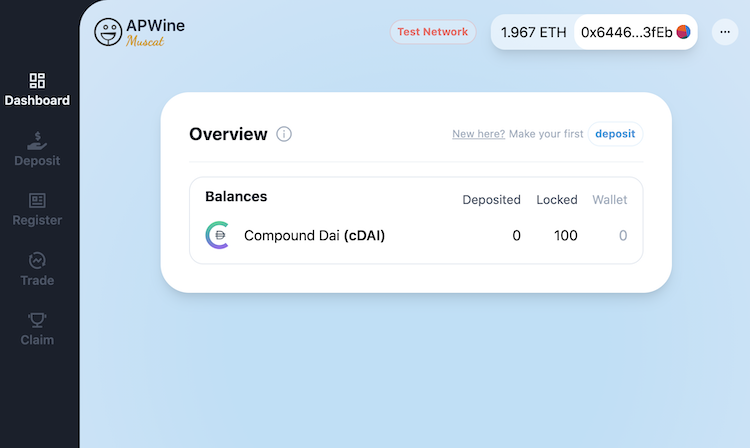 This protocol shows us some of the possibilities that remain to be explored in the world of DeFi. The idea of speculating on their future interests brings new possibilities. They are also considering joining Yearn finance in addition to Aave and compound.

The success of this protocol rests primarily on its adoption. Indeed to create a market for the buying and selling of future interests you need users! Otherwise it will still earn a few APWs in addition to your interests.