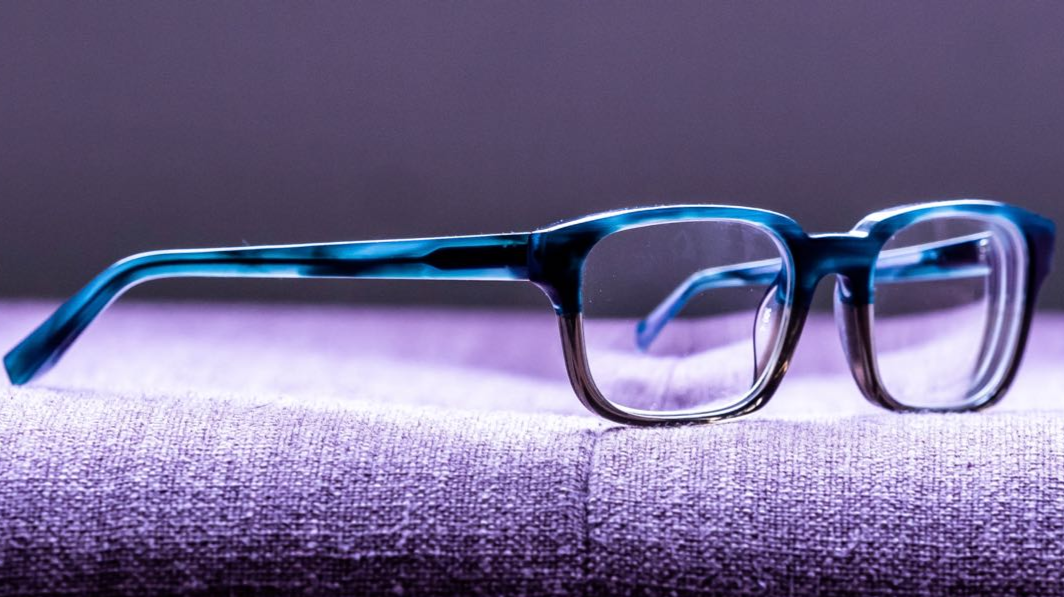 Digital devices and artificial light are all around us and one doesn't have to look far to see warnings about how artificial light causes dry and itchy eyes, vision problems, disturbs our sleep, causes cancer, and there is even a name for the dilemma: digital eye strain. Fortunately, modern capitalism is fast producing solutions for just about every problem, real or imagined, and can quickly safe the eyes of the ever purchase-hungry consumer.

After combing through PubMed and other scientific literature, architectural websites and a number of eye glasses websites, I have compiled what I found and it isn't what I had expected.

Light, it is all around us, without sunlight the life on earth as we know it wouldn't exist. Sunlight, just as any other visible light, consists of electromagnetic waves with wavelengths between 400nm (blue) and 700 nm (red), give or take a few, and so does light from artificial sources, meaning light produced by means of electricity, such as halogen lights and LEDs (light emitting diodes).

Sunlight contains the entire spectrum of visible light, including blue light and the composition of sunlight varies based on the time of day and cloud cover.

The second thing to know about electromagnetic waves is, that shorter wavelengths have higher energy. Ultraviolet Light with wavelengths between 100nm and 400nm, shorter wavelengths than visible light, contains enough energy to burn your skin as probably all of us have found out at some point.

While too much sunlight can cause skin damage (sunburn), too little sunlight can affect our mood and cause seasonal affective disorder (SAD), so neither is a good thing.

Because this article is about glasses, a quick look at the human eye will allow all of us to get onto the same page.

Your eyes are a marvel of evolution, no intelligent designer required! A lens that allows you to focus, an iris that controls how much light gets in, and a retina with rods and cones capable of transforming light into electrical impulses, all in a compact and moveable design, truly fascinating. But there is something else, and it is a relatively recent discovery, atypical intrinsically photosensitive retinal ganglion cells (ipRGCs) that express the photopigment melanopsin. These cells are non image forming and seem to have something to do with our circadian rhythm, which I will get to in a bit, but lets first very quickly talk about sleep.

The human body has two systems effecting sleep, a circadian and a homeostatic one. The circadian system depends on light exposure while the homeostatic tracks the body's need for sleep. Ideally these two systems are synchronized and proper alignment increases sleep quality. If you have ever suffered from jet lag you know just how screwed up this synchronization can get!

In plain English, circadian rhythm means sleep-wake cycle, which is controlled by light, electromagnetic waves around 460nm to be precise. Researchers discovered non-image forming cells called atypical intrinsically photosensitive retinal ganglion cells (ipRGCs) that express the photopigment melanopsin. These cells are less sensitive to light, but incorporate longer term light exposure into their signaling. The appearance of melatonin, a hormone that signals sleep to the body, nicely correlates with exposure to daylight and darkness. When light is present melatonin production is suppressed and cortisol levels increase, providing the body with the energy it needs to get the day started, when there is no light cortisol levels decrease while melatonin levels increase.

Artificial light, which includes candle light by the way, has many uses. It is used to illuminate living and working spaces when natural light fades or there just isn't enough of it, to make plants grow faster under controlled conditions, to increase the growth of animals in food production and so on... you get the idea!

A lot of research is put into technology to increase food production through light and other means, as well as helping people with health, alertness and comfort in buildings to increase their productivity. This research focuses on specific wave lengths, light intensity, light composition and the effects on plants and animals and and yes, the bottom line and any combination thereof. I think it is safe to conclude that light has a significant effect on life on earth which includes human bodies.

How does blue light effect our bodies?

Blue light, electromagnetic waves with wavelengths of 400nm to about 480nm, has the highest energy in the spectrum of visible light. This light and the energy it carries gets transmitted through the lens to the retina. The presence of blue light reduces the amount of melatonin released into the body, in other words it can interfere with the onset, duration and quality of sleep; however, so do many other things, like alcohol consumption, health issues, noise, light pollution etc...

Because blue light is a high energy electromagnetic wave the fear is that it may cause damage to the eye itself, in particular macular degeneration. But, a Cochrane review from May 22nd, 2018 titled "Artificial, blue-light filtering lenses in the eye for protecting the macula (back of the eye) after cataract surgery"(1) found that none of the 51 studies provided any statistically significant evidence to suggest any effect regarding contrast sensitivity, macular degeneration, vision, color discrimination or sleep disturbances.

From everything I have written so far, you could easily conclude that blocking blue light doesn't really live up to the hype, and, at least based on what I read, you would be correct. Blue light emitted from the sun is just as harmful, or not, as blue light coming from artificial sources, simply because it is the same thing, an electromagnetic wave of a specific wavelength or a range of wavelengths. Manufacturers of digital devices are already considering the harmful effects exposure to blue light 'might' cause and giving customers options to reduce the amount of blue light emitted from their devices, Apple's Nightshift or Flux for example. That is not to say that other devices, in particular older ones, still emit high levels of blue light that you can't easily get rid of, short of buying new equipment.

This is where blue light filtering glasses enter the equation. If all you wanted to know is how blue light might affect our bodies, you can safely skip the next article. However, if you or someone you know are interested in solutions, read all about blue light blocking eyewear and computer glasses in Part 2 or this article.

Cheekily looking at the world around me, politically incorrect, scientifically grounded.