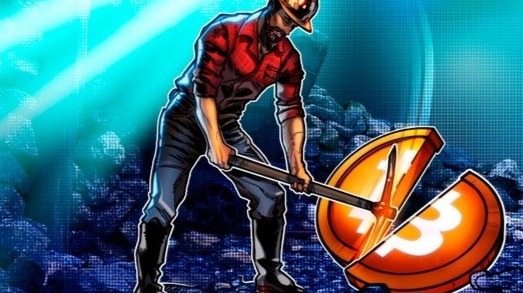 THE HALVING IS UPON US: BITCOIN HALVING FOR NEWBIES.

What exactly is the Bitcoin Halving everyone has been yelling about lol?

.
If you've seen the series Money Heist, you'll know that the Government have one secret weapon, they can print as much money and pour it into the economy if they deem fit. That's one way Cryptocurrency stands out, Crypto is not infinite. There is a specific amount of coins that can be 'printed'. For instance, Uptrennd has a total supply of 1 billion, with the total amount of 1UP right now (as I'm writing this) is at 89.1 million tokens according to CoinMarketCap, so that means only 1 billion 1UP will ever be created. When we reach that figure they stop creating new 1UP. The same with Bitcoin, it has a total supply of 21 million. The advantage of this is that having this number creates a kind of demand for it and increases price. Because people want to grab themselves some coins, before it hits its total supply and when there is a demand the price goes up.
.
.
.

.
So you have the intro, but what exactly is the Bitcoin Halving? The Halving is an event that happens every four years where the reward given to the miners (this is whole new topic for another class lol). But basically they are like the banks that print new money, they bring new Bitcoin into existence and they get rewarded for it, kind of like a salary. But then the halving slashes the reward in half (hence the halving) which these guys receive for 'printing' new Bitcoin. The main aim of the halving is to reduce the number of Bitcoin going into circulation to increase demand, and to make sure that it last longer in circulation.
.
.
.

.
The Halving wouldn't have been any significant stuff in my opinion but then it has a really special effect. The two previous times it has happened in 2012 and 2016, after the halving there was a boom in Bitcoin and alt coin prices. In 2012, the price of Bitcoin was $12 and rose to over $1000 a year after the halving, and in 2016 the price of Bitcoin was $660 on the halving day in June and by the next year December it was trading at $20,000. So you see why people are excited over it, it booms prices like crazy. But I think you should note that the halving doesn't have an immediate impact on price. It takes months and so you should shove out any thoughts you make quick or instant gains. We might see growth immediately after the halving but it will be minimal.
.
.
.

Do keep learning and keep growing and you might as well grab ahold of some nice little shiny Bitcoins lol, cos we are in for a ride lol. If you haven't followed me, why not exactly? Give me a follow now so you don't miss out on all my amazing content, from me it's bye for now and do keep learning guys, I love you.

My thoughts and everything I've learnt from my journey of life and the Blockchain and Cryptocurrency universe.