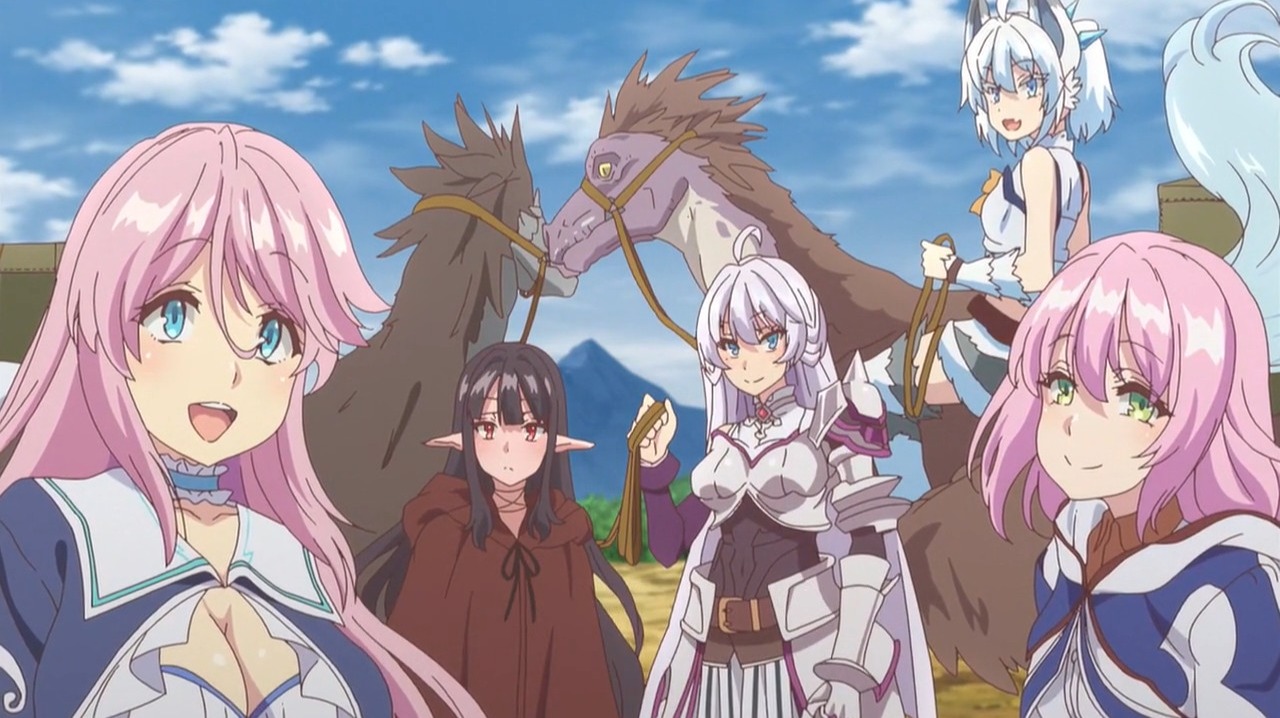 Today, the last episode of Redo of Healer has aired. To recap, Princess Norn staged an assassination attempt on herself to find an excuse to massacre the citizens of Buranikka. Keyaru's merchant friend, Karman, unfortunately died as he tried to help others to escape from the chaos, putting the protagonist over the edge.

Before I go into this week's episode, interesting news came out regarding the demographics of the Redo of Healer audience from the author, Tsukiyo Rui:

To make a rough translation, in comparison to other animes' audiences, Redo of Healer's audience has a higher ratio of females-to-males. I was quite surprised when I heard this as this series features quite a bit of rape. Could this be a Fifty Shades of Grey sort of deal? 🤷‍♀️

Freia, disguised as Princess Flare, projects herself to the town of Buranikka and makes a compelling speech to end the violence. The soldiers drop their weapons as the demi-humans and demon-kind stop cowering in fear. However, Princess Norn is suspicious of Freia's speech, noting that her elder sister is way more haughty and bigoted when she talks. 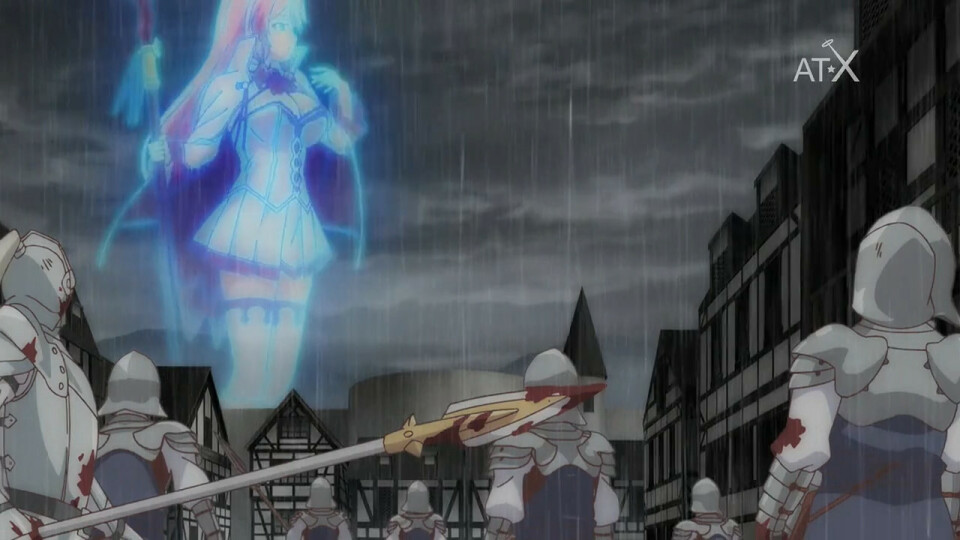 Freia, as Princess Flare, tells the Jioral army to stop the massacre.

Unbeknownst to her, Keyaru has snuck up to the entrance to Norn and Hawkeye's headquarters and breaks the door down. He quickly dispatches the soldiers guarding the entrance and turns his attention to Norn. However, Hawkeye keeps him at bay and proves to be a difficult opponent with his marksmanship and battle sense. The Jioral Kingdom hero appears to have the upper hand when he stabs the protagonist with a poisoned shoe blade. But Keyaru has poison resistance and his Georgius gauntlet contains auto-heal. The two fighters exchange blows once again, but Keyaru surprises Hawkeye when he is able to use Corrupt Heal at a distance with his special gauntlet. 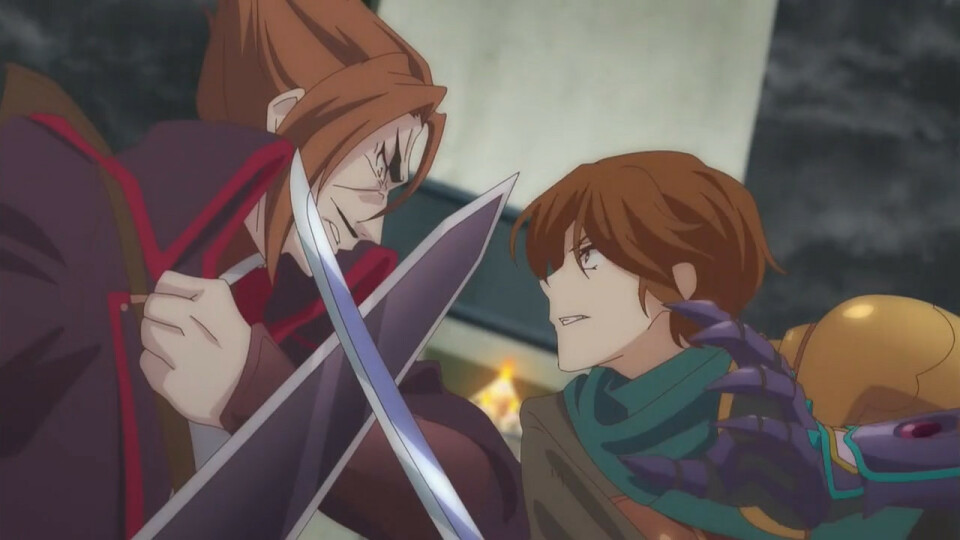 Keyaru and Hawkeye face off.

With no one else to defend her, Norn cowers in fear as Keyaru knocks her unconscious and takes her to a hidden dungeon. Using his Recovery ability, he confirms that Norn was the one behind the raid of his home village. After Norn wakes up, Keyaru lectures her on the destruction she has done and her disregard of innocent lives, including Karman, while he assaults her. Like with Blade, Keyaru subjects the second princess to a game. The conditions? If Norn can manage to not orgasm from her horny sister's advances by next morning, she'll be let go. If not, Keyaru will erase her memories and change her identity like he did with Flare/Freia. 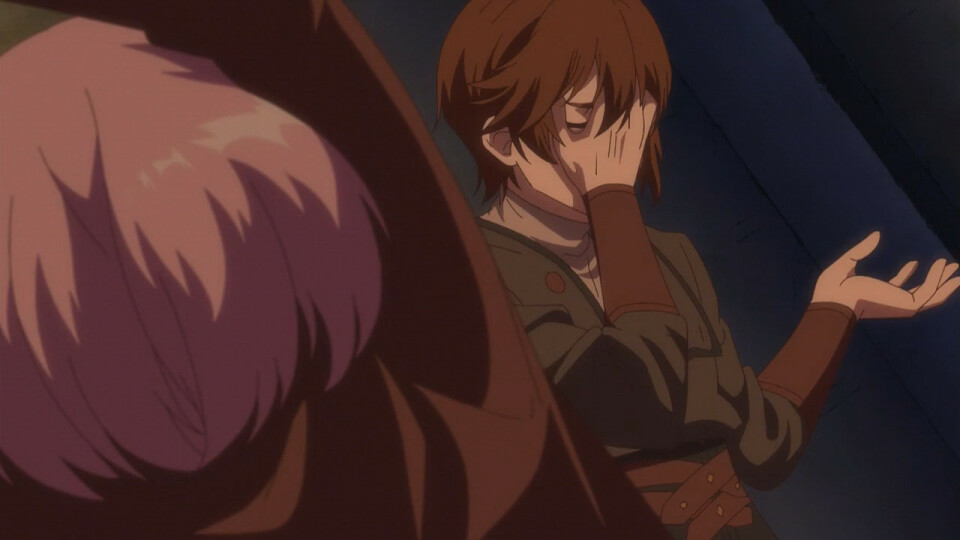 Keyaru chastising Norn for her actions.

Unfortunately for Norn, she easily loses the game as she cannot control her urges. As a result, Keyaru subjects her to more sexual assault from her aphrodisiac'ed sister and him. Before he uses his Upgrade Heal to change Norn's identity, she speaks one last line of defiance before he laughs and erases her memories. Oh, and he decides to make Norn his bro-con, long lost younger sister, Ellen. 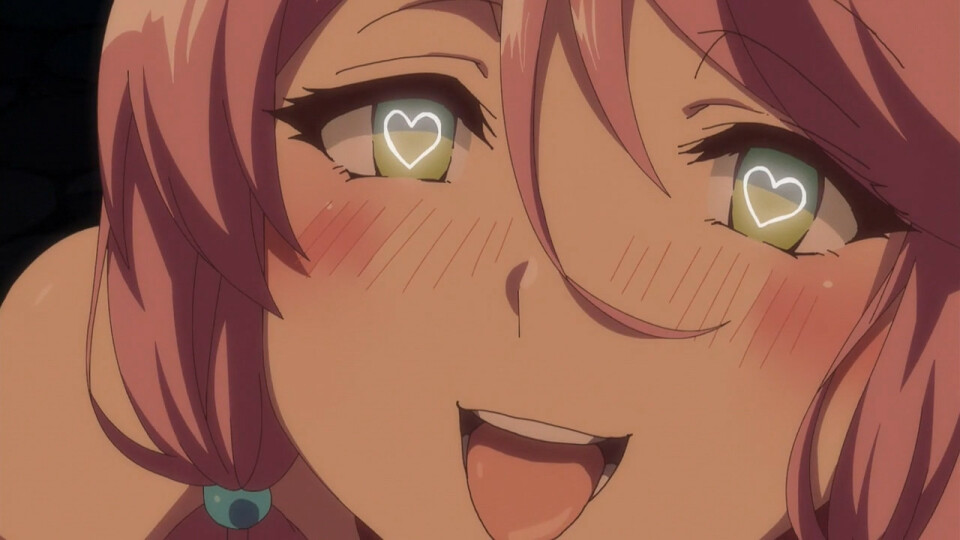 Fast forward to the next day, Kureha has returned to the party from her reconnaissance worried about Keyaru. She learns that she was worried for nothing and somehow buys into Norn being Keyaru's long lost sister. He approaches her for a lover's kiss before he turns his eye to Freia, Ellen, and Setsuna who are also hungry. And so, they all have a fivesome as the episode checks off every sexual tag from VNDB.org. 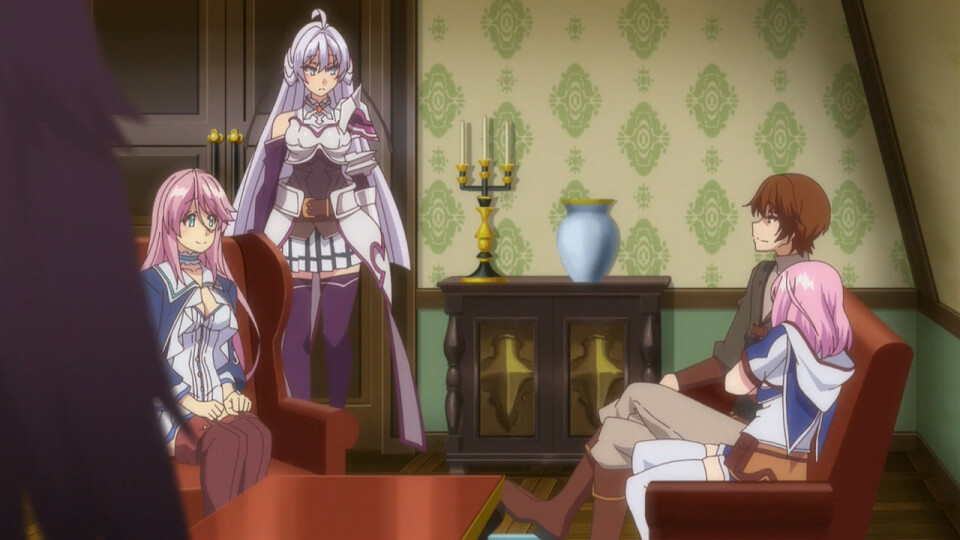 Kureha rejoins the group with Ellen (Norn) as the new addition.

After the sex scene, the group prepares to leave Buranikka, but not before Keyaru visits Karman's grave and triumphantly proclaims he has avenged him and Anna. As he returns, he ponders if he has gotten softer before his PTSD from Gun Hero Bullet raping him several times surfaces. Angry at what he did to him, Keyaru reinforces his resolve to get his revenge. Meanwhile, Gun Hero Bullet has been summoned by the king to hunt down Keyaru and we are shown a scene of him getting off at Keyaru's wanted posters. 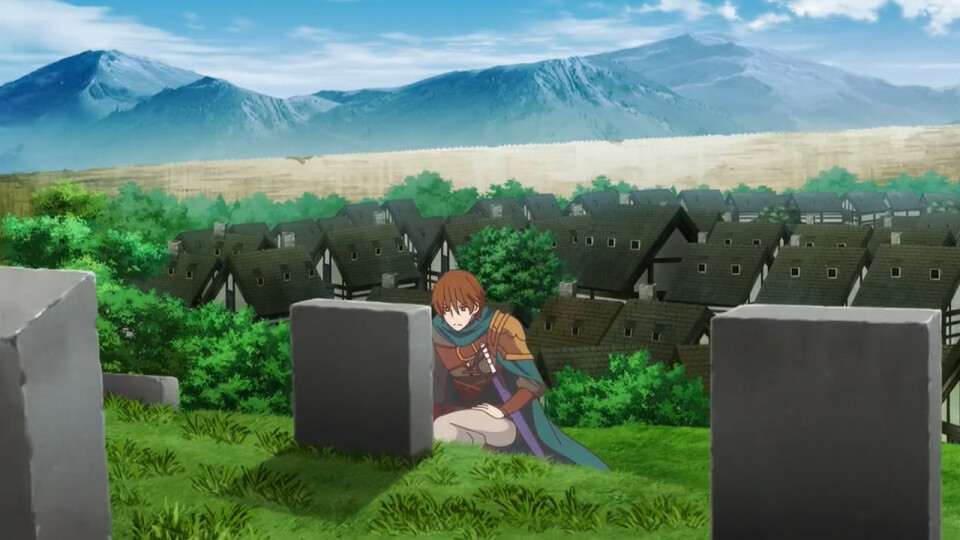 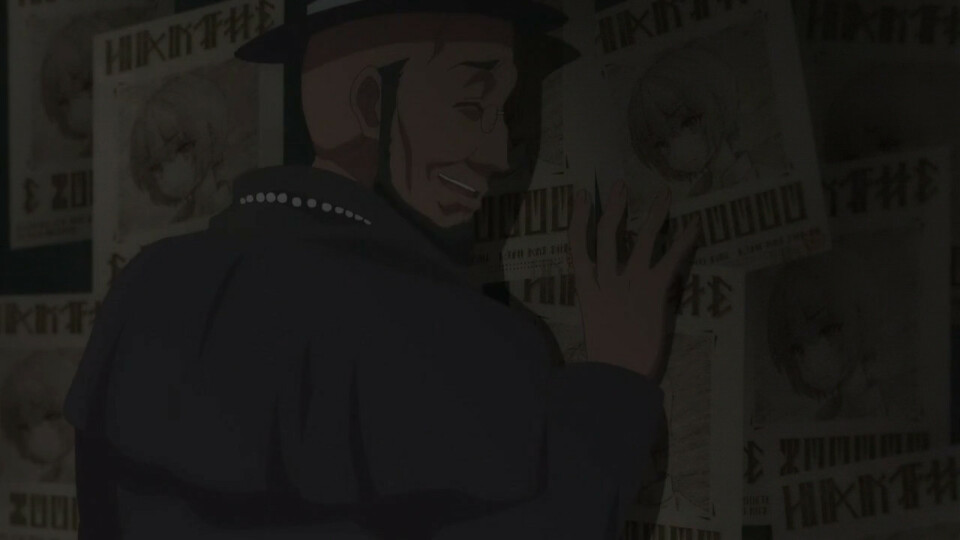 Bullet being a complete degenerate.

The episode ends with Keyaru complimenting the beauty of his partners and reforming the world in a monologue as he returns to his party. And there you have it.

I felt that the episode started off pretty well. Freia's speech to the Jioral army felt pretty compelling, and the fight scene between Keyaru and Hawkeye was pretty well-animated. I just wish that the anime had more fight scenes of that and Keyaru vs. Kureha's caliber.

The scene where Keyaru punished Norn was mostly faithful to what happened in the light novel and manga. Leonard and Blade's punishment scenes were rather tame and rushed compared to the source material. I thought the episode did a good job portraying Keyaru's anger at Norn for what she did to his home village and Karman. The VA did a convincing job.

I've already seen Norn's sex scene on the manga, but holy, was it degenerate. And then, that turned out to only be the tip of the iceberg when the fivesome happened. The anime really pulled all the stops to check off every sexual tag. (Okay, not every tag, but the list is exhaustive).

That said, the anime's insistence to incorporate as many sex scenes possible drags the quality of this episode and overall anime down. A lot of important story beats and content have been cut out because so much time was allocated towards sex scenes that didn't really serve much purpose. For instance, when Norn was being assaulted by her sister, Keyaru talked about how Flare looked down on her because she had no magical ability and how she worked hard to become a strategist. In the manga, this was portrayed as a flashback rather than passing dialogue. 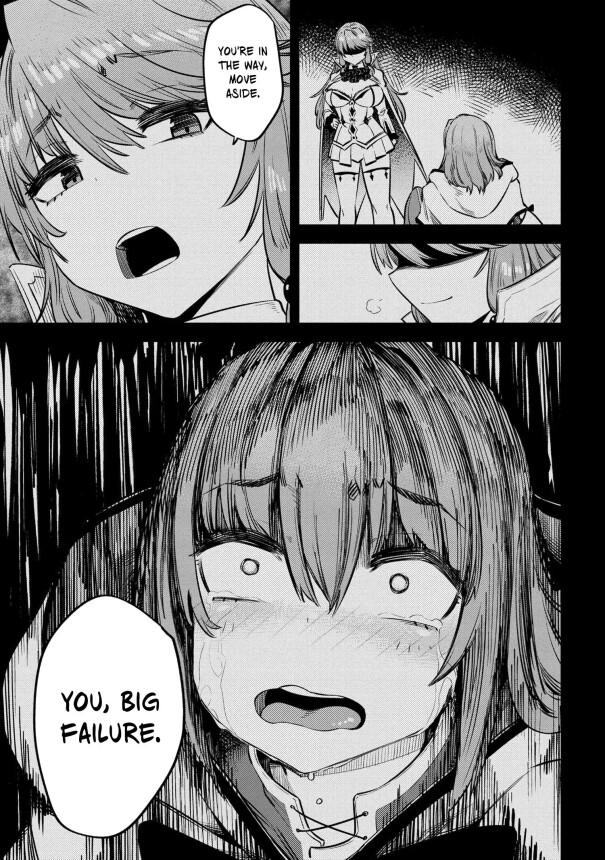 Flare calling Norn a failure because the former is a hero while the latter is not in a flashback. Credit: LHTranslation

In addition, in the manga and light novel, Setsuna and Eve also played a major role in stopping the Jioral army from killing the Buranikka residents. In the anime, however, only Keyaru was the one wreaking havoc. 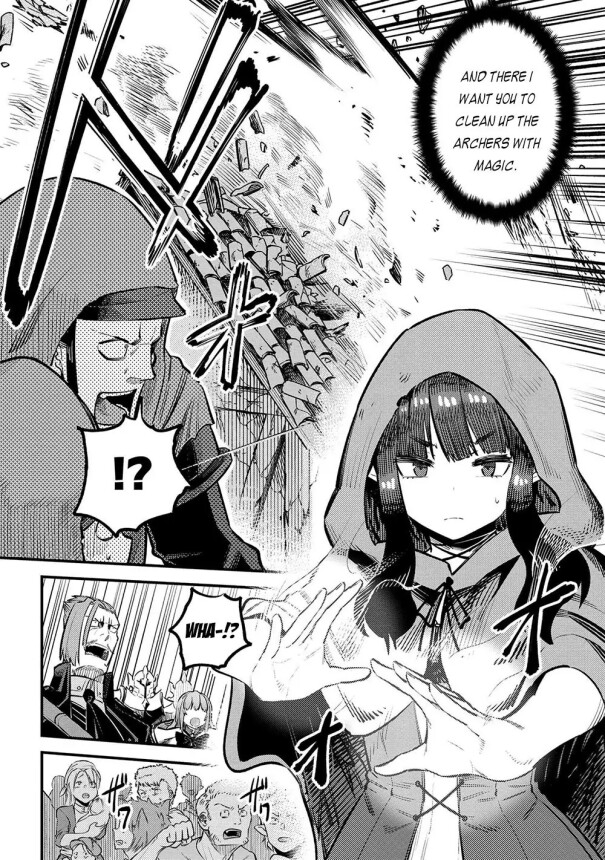 Eve taking out the Jioral army's archers with her powerful magic to stop the massacre.

Well, this was quite an interesting ride. Redo of Healer is quite extreme and I was curious to see how well the adaptation would go. Unfortunately, I think the overall experience is disappointing. I'm planning on making a more complete review of the adaptation to list out all of its strengths and weaknesses.