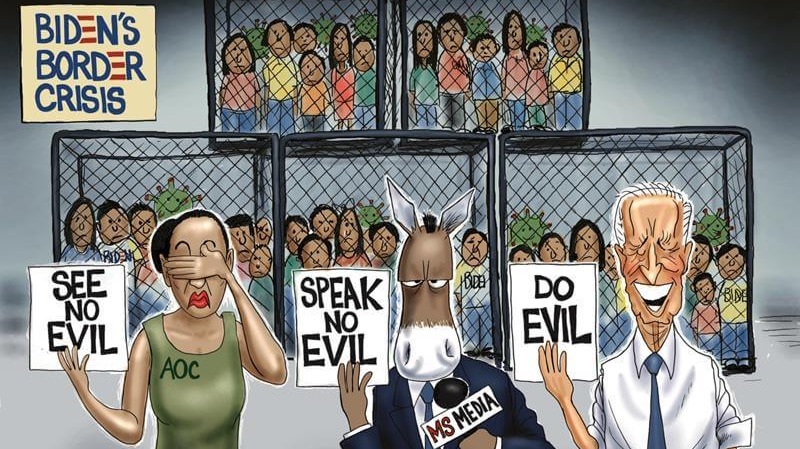 The Alarming Deterioration of the Border Crisis

Credit of the cartoon goes to AF Branco.

Ever since Joe Biden took over the White House, migrants have taken advantage of his lackadaisical handling of the southern border. It has led to a ludicrous influx of migrants to the point that the facilities are way over capacity. Pictures of migrant children packed like sardines in enclosures leaked out, drawing major criticism. Even worse, when people tried to investigate what is going on at the border, the Biden administration attempted to silence its critics.

Of course, the administration's attempts at censorship did not end well as more footage of the bad conditions leaked out:

Eventually, the Biden administration has considered to reverse course on its current policies, including Biden's proclamation on January 20 to halt border wall construction. If the administration keeps its word, then border wall construction will resume to "plug the gaps". Even if technically no "new" wall is built, filling in the gaps will help a lot as it will prevent certain methods of sneaking in. To quote Nolan Rappaport from The Hill:

Smugglers send groups of illegal crossers through the gaps to overwhelm the agents. When agents leave to intercept or apprehend one group, another one dashes across.

Speaking of smugglers, ever since Biden loosened enforcement, cartel human traffickers have been making bank. In February, the criminal organizations made up to $14 million a day. According to the CBP, there were over 100,000 enforcement encounters at the southern border. Want to guess how many encounters there were in March? 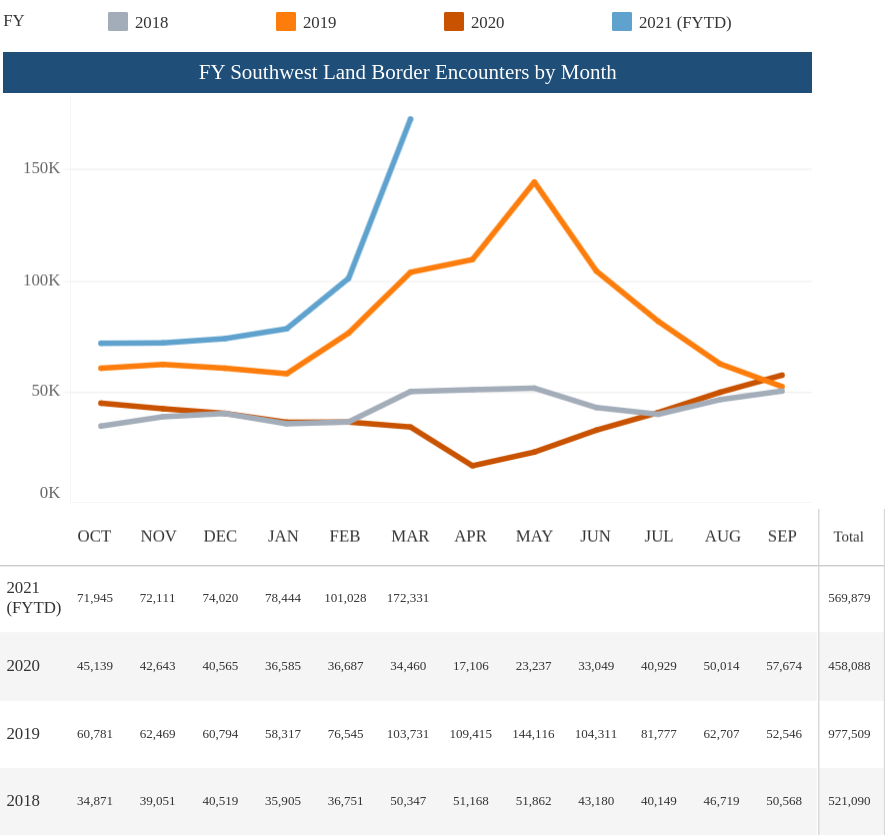 A lot of people label the bad conditions at the border facilities as a humanitarian crisis. I do not disagree with them. However, there is another and arguably far more serious humanitarian crisis that is contributing to the current border situation. You guessed it, the cartels.

Cartel members are not the nicest people. These organizations are incredibly brutal and victims have died very grotesque deaths. Here's a quote from an article in The Guardian:

“There were 26 of them here. We found them wrapped in plastic sheets,” said Guadalupe Aguilar, a local human rights activist, as she stood beside the shallow grave. “And they’d thrown something on them – acid or something – because it hadn’t been long [since their murders] and the bodies were already in a real state of decay.”

Not only that, but the cartels also target government officials such as the Mexico City police chief.

But how does the cartel crisis contribute to the current border crisis? Before, these organizations earned lots of money from trafficking drugs and now, migrants have become an additional ludicrous revenue stream. With each migrant giving the traffickers thousands of dollars, that gives cartels even more power. That means more violence and victims in Central America which will in turn cause more people to flee. And guess what? Those people may end up paying human traffickers lots of cash, too, and the vicious cycle keeps going.

Oh, and while the cartels earn money, the Biden administration is spending taxpayer money on hotels to accommodate the overflow. It doesn't take a genius to figure out who is receiving the short end of the stick...