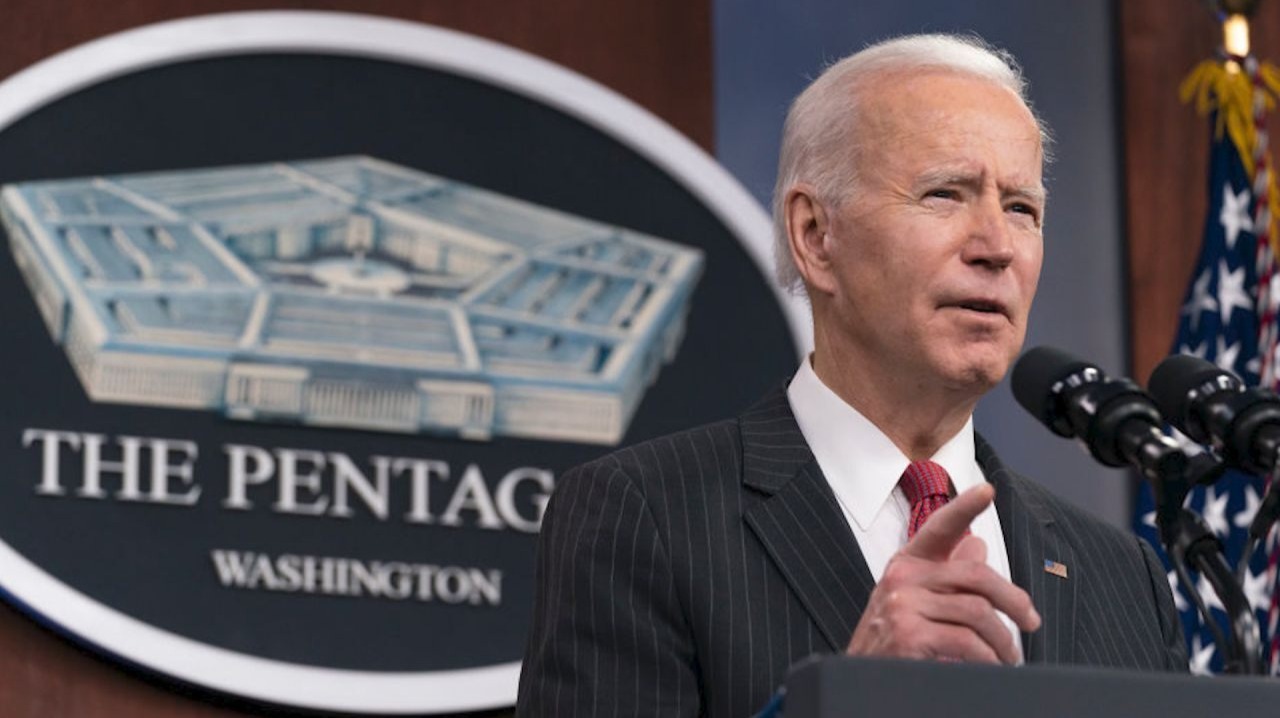 One of the biggest criticisms I have against George W. Bush and Barack Obama was their propensity to get militarily involved in countries we have no business to be in. The Iraq War costed the country trillions of dollars; overthrowing Muammar Gaddafi only served to throw Libya into chaos; and military involvement in Syria led to the rise of terrorist organization, ISIS.

Regardless of whether you like Donald Trump or not, you have to give him credit for not being a warmonger during his presidency. He wanted to bring troops home, though senior administration officials misled him on the number of soldiers in Syria. He brokered peace deals between Israel and the UAE, Bahrain, Sudan, and Morocco. Across the Pacific Ocean, the US has sold weapons to Taiwan to bolster the latter's defenses.

Now that Joe Biden is in the White House, how has he been doing as the new commander-in-chief after 1.5 months? Looking through both left and right outlets, it's already pretty damn bad and his first 100 days aren't even over yet.

Remember when Trump was falsely criticized for calling US troops "suckers" and "losers"? Originally alleged by The Atlantic, word quickly spread to the point that the Biden campaign used that against Trump in their ads. Biden also brought the topic up during the presidential debates.

I always abide by the motto of "actions speak louder than words". Cliché it may be, but a president's treatment of soldiers speaks far louder than what a president (allegedly) says about the soldiers. To make my point further, Trump helped reform the VA to provide better care for veterans. As I already mentioned earlier, he also wanted to bring the troops home from the Middle East. Most importantly, he did not send troops to fight any meaningless new wars.

While Biden has not been president for even 2 months, we are hearing news of the mistreatment of soldiers multiple times already. Firstly, there was the scandal where the National Guardsmen were made to sleep in parking garages with no heat. It quickly blew up online and politicians quickly tried to rectify the situation, whether it was out of the kindness of their hearts or for an opportune photo-op. I was actually willing to give Biden a pass in this case as he just began his presidency and hiccups were bound to happen.

But recently, news of the Michigan National Guardsmen fed with inedible food spread and the details were pretty gross. The food was apparently "badly undercooked, raw, moldy, and even filled with metal shavings". The commander-in-chief exercises command and control over the military. While I gave Biden a pass, it is his responsibility as the commander-in-chief to make sure that the parking garage scandal would be the last. Obviously, that didn't happen as the soldiers continued to receive "suckers" and "losers" treatment.

Only 2 days after his inauguration, a large US convoy entered northeastern Syria. Approximately a month later, Biden approved an airstrike on the country under the guise of being a "defensive strategy". The airstrikes supposedly targeted facilities backed by Iranian militia forces.

That proved to be an ill-advised decision as it not only angered Republicans, but also the Democrats. In response to the airstrike, Senators Tim Kaine (D-Va.) and Todd Young (R-Ind.) introduced a bill to strip Biden of war powers. Specifically, the bill would repeal the 1991 and 2001 authorizations that allowed for prolonged military presence in Iraq.

This isn't to say Trump was a complete saint when he was commander-in-chief. He, too, launched an airstrike in Syria in 2018, something that I also condemn. His authorization to kill Soleimani was also contentious, though to give him credit, the former No. 2 man of Iran contributed to a lot of the terrorism plaguing the Middle East. Not to mention, Iran soon punched itself in the face metaphorically when it accidentally struck down a Ukrainian passenger jet, effectively giving Trump the PR victory.

Even after giving Biden the benefit of the doubt in light of the parking garage scandal, the National Guardsmen continued to receive poor treatment with inedible food. There was adequate time between both events for Biden to implement measures to avoid that type of situation again. In addition, his airstrike in Syria was received so badly that even Democrats heavily criticized the decision. And the kicker is that these events happened in a span of 1.5 months.

This is on top of the other questionable actions Biden has made ever since he took office, including signing a record number of executive orders, killing Keystone XL which did not go well with the pipeliners unions, and poor management of the southern border. I think it is safe to say that there is already a sense of buyer's remorse. Heck, even Nancy Pelosi appears to be on that train.